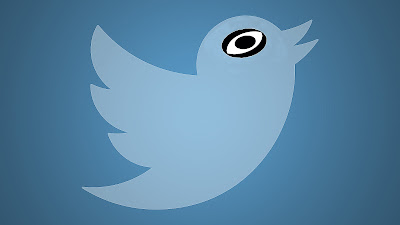 We challenged well-known writers – from Ian Rankin and Helen Fielding to Jeffrey Archer and Jilly Cooper – to come up with a story of up to 140 characters. This is their stab at Twitter fiction

I know I said that if I lived to 100 I'd not regret what happened last night. But I woke up this morning and a century had passed. Sorry.

He said he was leaving her. "But I love you," she said. "I know," he said. "Thanks. It's what gave me the strength to love somebody else."

She smiled, he smiled back, it was lust at first sight, but then she discovered he was married, too bad it couldn't go anywhere.

I opened the door to our flat and you were standing there, cleaver raised. Somehow you'd found out about the photos. My jaw hit the floor.

"Your money or your life!" "I'm sorry, my dear, but you know it would kill me to lose my money," said the partially deaf miser to his wife.

Sometimes we wonder why sorrow so heavy when happiness is like helium.

I had land, money. For each rejected novel I built one house. Ben had to drown because he bought Plot 15. My 15th book? The victim drowned.

Clyde stole a lychee and ate it in the shower. Then his brother took a bottle of pills believing character is just a luxury. God. The twins.

It's good that you're busy. Not great. Good, though. But the silence, that's hard. I don't know what it means: whether you're OK, if I'm OK.

"It's a miracle he survived," said the doctor. "It was God's will," said Mrs Schicklgruber. "What will you call him?" "Adolf," she replied.

The internet ate my novel, but this is much more fun #careerchange #nolookingback oh but #worldsosilentnow Hey!

I'm here w/ disk. Where ru? Mall too crowded to see. I don't feel safe. What do you mean you didn't send any text? Those aren't your guys?

SJ Watson
She thanks me for the drink, but says we're not suited. I'm a little "intense". So what? I followed her home. She hasn't seen anything yet.

OK. Should not have logged on to your email but suggest if going on marriedaffair.com don't use our children's names as password.

Blaise Pascal didn't tweet and neither did Mark Twain. When it came to writing something short & sweet neither Blaise nor Mark had the time.

Jack was sad in the orphanage til he befriended a talking rat who showed him a hoard of gold under the floor. Then the rat bit him & he died.

India Knight
Soften, my arse. I'm a geezer. I'm a rock-hard little bastard. Until I go mushy overnight for you, babe. #pears

Rose went to Eve's house but she wasn't there. But Eve's father was. Alone. One thing led to another. He got 10 years.