Tenth of December by George Saunders / Review by Hari Kunzru 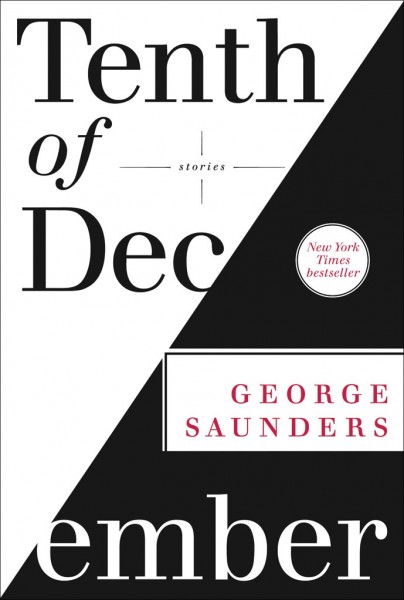 
S
ince 1996, with the publication of his first collection CivilWarLand in Bad Decline, George Saunders's flamboyant satires of American life have become a major influence on a generation of younger short story writers, both in the US and internationally. His new collection, Tenth of December, is funny, poignant – in flashes, deeply moving – light as a feather, and consistently weird in the way that the suburbs are weird, which is to say quietly but intensely, under a surface as clean and bright as a newly waxed car.

Wherever a Saunders story is set, it's never too far away from the theme park. Previous collections feature characters whose work as reenactors (of the US civil war or prehistoric cave-dwelling) is absurdly arduous and meticulous, yet at the same time demeaning, poorly paid, and governed by strict, often absurd rules – in other words, much like most work. "My Chivalric Fiasco", one of Tenth of December's funniest stories, takes place in a theme park devoted to medieval court life, following a hapless minimum-wage reenactor who is given drugs that alter his brain to make him speak and feel more authentically "chivalric", with the result that, in the throes of knightly elevation, he spills the beans on his boss's rape of a co-worker, and is fired.

The suspicion that we are living in some kind of simulation, that our actions take place within a matrix of situations and behaviours that have been predefined, is a staple of postmodern fiction. Saunders points out that the experience of philosophical scepticism, which is usually presented as something important and exciting, perhaps involving CGI karate, is actually not unlike doing a crappy service-sector job. What is the point of "all this"? We are required to be "authentic", to speak and behave in character at all times. We are required to take a lot of things seriously (politics, finance) which feel tragic and ridiculous and utterly without meaning. If we step out of line, we're punished. Perhaps it's not even real … Saunders's fictions often present powerless characters trapped in a sort of chirpy, totalitarian Disneyland; in so doing they give a more acute sense of what it feels like to live and work in post-industrial, post-crash western economies than much journalism.

Saunders's characters are often outwardly perky, speaking the language of positive thinking and self-improvement; inside they are terrified, lonely, wracked by greed and guilt and passion. Small-town businessman Al Roosten is humiliated at a charity event, takes petty revenge for a perceived slight and entertains delusions of political grandeur, yet when it comes to real action he's impotent, unable to do more than exchange a "weak smile" with a passing vagrant.
Roosten, who could have wandered in from a John Updike story, exemplifies a more traditionally humanist strain in Saunders's fiction, a commitment which pulls him the opposite way to his postmodernist interests in consumerism, advertising and so on. It turns a collection of what might otherwise feel like a set of weightless conceits into something more engaged, making clear that Saunders, like all satirists, is also a moralist. In stories such as "Victory Lap", which deals with an attempted child abduction, and "Puppy", in which a mother taking her kids to buy a dog is confronted by the shocking sight of a disabled child chained to a tree, Saunders unearths in his landscape of bright double-garaged homes a vein of family trauma worthy of the darkest and most cluttered Viennese mansion. Authoritarian fathers, often offstage, dictate the behaviour of cowed and abject sons. Voices and consciousnesses frequently switch, so that "Victory Lap", for example, slides in and out of the minds of the abductor, the victim, and Kyle, a young neighbour who witnesses the crime. Knowing he should help, Kyle nevertheless has to struggle against the crushing weight of household rules and prohibitions instituted by his father, the "many directives, major and minor, he was right now violating". Kyle's sense of shame at his powerlessness is excruciating.
If the authority in some of these stories is often profoundly personal, it is also clearly the authority of the workplace, of social discipline more generally. In these stories, people are often cowed or bullied. They are required to carry out their assigned tasks, even at the cost of pain or personal suffering. They are required to give, not just their labour and their time, but some kind of emotional supplement – to smile, join in, have fun. It's as if the service sector has metastasised to colonise all of human experience. We're all working on our personal presentation, going the extra mile for the customer, no longer sure who or what the customer is.
Mood-altering drugs appear again in "Escape from Spiderhead", in which a convict, participating in a series of pharmaceutical tests, is given a substance that makes him feel passionate sexual love for a similarly drugged female inmate. From there things descend into a comical maelstrom of Milgram-esque psychiatric malpractice as Saunders burrows into questions about free will and the unsettling possibility that our desires could be manipulated, even chemically reconstructed. Instead of sovereign individuals, acting rationally in the global marketplace, we may be altogether more dispersed, controlled and abject.
• Hari Kunzru's latest novel is Gods Without Men (Penguin).