Donald Antrim / The Emerald Light in the Air 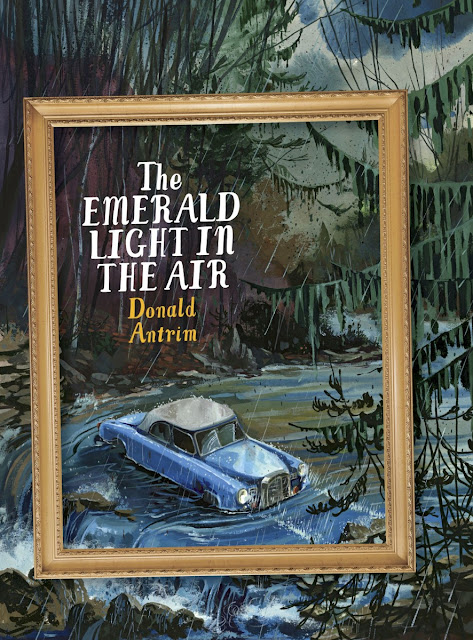 The Emerald Light in the Air


In less than a year, he’d lost his mother, his father, and, as he’d once and sometimes still felt Julia to be, the love of his life; and, during this year, or, he should say, during its suicidal aftermath, he’d twice admitted himself to the psychiatric ward at the University Hospital in Charlottesville, where, each stay, one in the fall and one the following summer, three mornings a week, Monday, Wednesday, Friday, he’d climbed onto an operating table and wept at the ceiling while doctors set the pulse, stuck electrodes to his forehead, put the oxygen meter on his finger, and then pushed a needle into his arm and instructed him, as the machines beeped and the anesthetic dripped down the pipette toward his vein, to count backward from a hundred; and now, another year later, he was on his way to the dump to throw out the drawings and paintings that Julia had made in the months when she was sneaking off to sleep with the man she finally left him to marry, along with the comic-book collection—it wasn’t a collection so much as a big box stuffed with comics—that he’d kept since he was a boy. He had long ago forgotten his old comics; and then, a few days before, he’d come across them on a dusty shelf at the back of the garage, while looking for a carton of ammo.