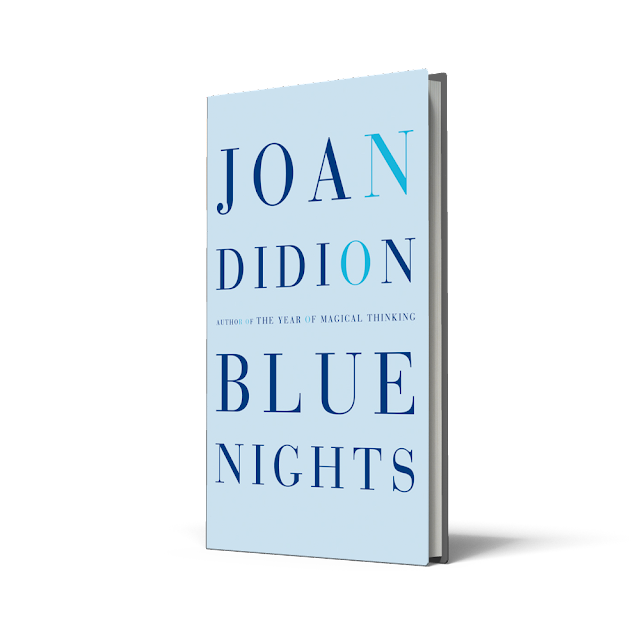 
For all its fury and fragility, Joan Didion's harrowing account of her daughter's life and premature death is strangely anaemic


"I
realise as I write this that I do not want to finish this account." So wrote Joan Didion in the final pages of her memoir The Year of Magical Thinking. And no one who accompanied her on that raw journey of grief and loss could blame her. The memoir was completed in 88 days, less than a year after her husband, John Gregory Dunne, died from a heart attack. If ever a piece of writing sprang from an impulse to claw a loved one back from death's grasp, it was this one. And if "finishing" meant letting go in some crucial and final way, then what sane person would want to finish?

But, as any reader also knew, another equally tragic story remained "unfinished". As Didion's memoir about Dunne drew to a close, their daughter Quintana, 39, and just married, was seriously ill with pneumonia and septic shock. By the time the book came out the following year, she was dead. You could not read Didion's memoir without knowing this and it coloured everything: how could one person endure so much tragedy in so short a space of time? Blue Nights, an account of Quintana's life and death, is an attempt perhaps to answer this terrible question. It stands as a shocking companion to the first book. 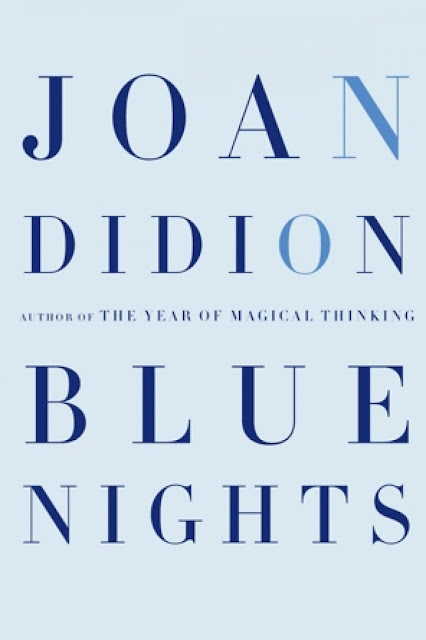 Didion and her husband adopted Quintana Roo – named after a territory they spotted on a map of Mexico – as a baby. "Once she was born," says Didion, echoing the feelings of all parents everywhere, "I was never not afraid." Yet she worries that this fear transmitted itself to her daughter, for Quintana grew up an anxious little girl, gravely, sometimes comically, precocious for her years. Aged only five, she rang a local asylum to find out "what she needed to do if she was going crazy". Another time she called 20th Century Fox "to find out what she needed to do to be a star".
But given the life Quintana led – accompanying her glamorous parents all over the world to movie premieres and publishing houses ("When does she get the money?" she asked Didion's agent, having sat in solemn silence throughout the meeting) – this precocity doesn't seem at all surprising. What is a little surprising is Didion's almost wilfully fuzzy understanding of it.

She takes Quintana to a "harrowing" film and reports bemusedly that she chose simply to ape the "default response" of adults around her and say "I think it's going to be a big hit". It turns out that the film was Nicholas and Alexandra, and Quintana was "four or five" years old. I saw that film as a teenager and am still haunted by the blood dripping down the walls after the Romanovs are executed. Could any parent really consider it suitable viewing for a five-year-old?
I admit that it was around this point that I started to lose my initial inhibitions about criticising Didion (like so many others, I felt changed by reading Magical Thinking and fully expected to feel the same about this book). But it was time to go with what my head was telling me: that, though I felt for its creator, too many things in this narrative were making me uneasy.
The fact, for instance, that a whole section is devoted to the death of Natasha Richardson. The Redgrave/Richardsons and the Didion/Dunnes were, and are, close friends, and Quintana and "Tasha" as good as grew up together, but I still can't see what these pages add except to confirm what we all know: that tragedy comes in random, often accidental forms. Even the repeated phrase "This was never supposed to happen to her" has a dead-end emptiness that finally starts to irk.

Meanwhile, the least charitable part of me couldn't help noticing that the deaths were piling up. There's the close friend who collapses with a cerebral bleed – Didion visits her in the intensive care unit with a mutual friend called Lenny. And then: "The next time Lenny and I were in the ICU at Cedars together it was to see her and Nick's daughter Dominique, who had been strangled outside her house in Hollywood." Didion's conclusion that "It occurred to me as I walked home that I had seen too many people for the last time in one or another ICU" leaves an odd taste in the mouth.
But then this is a very odd book, full of fury and fragility and yet somehow anaemic. In fact, Didion's heartfelt declaration that "there is no day in her life on which I do not see her" serves only to remind you of Quintana's essential absence. Because we, the readers, do not ever really "see" this girl. Even the passages where she might have come to life are rendered needlessly brittle by Didion's stabbing, birdlike prose with its constant repetitions and exhortations such as "Do note..." and "Let me repeat..." until, again, that uncharitable part of you wants to grab her by the sleeve and say, "Just don't!"
Where the book is most successful – and most poignant – is in the viciously honest picture Didion draws of a lonely, encroaching old age. Underweight, refusing to eat (Didion tells us again and again that she's always been thin, insists she's eating the tub of Maison du Chocolat vanilla ice-cream in her refrigerator, and yet it's very clear that friends are worrying about her weight), your heart breaks for her increasing and incurable frailty, both physical and emotional.
"You have your wonderful memories," people say to comfort her but, as she astutely and chillingly observes, memories provide no solace. Didion doesn't want memories, she wants the real thing – her husband and her child – back with her. You feel that when they went, they took her life with them. And the line that finally succeeded in breaking my heart was actually the simplest, the plainest, said of Quintana: "I need her with me." Yes, I thought, you do. She does.
THE GUARDIAN