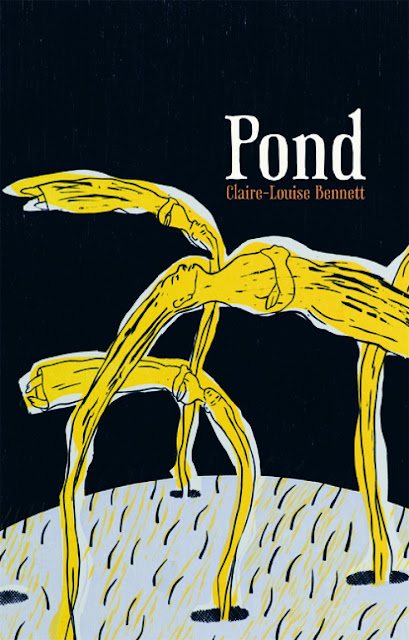 Pond by Claire-Louise Bennett review: a rewarding voyage into the interior

A new debut collection from Stinging Fly, rooted in domestic and natural worlds, delivers on its intent

‘No one can know what trip is going on and on in anyone else’s mind.” Maybe not, but Claire-Louise Bennett does her best to deliver such interiority of character throughout her debut collection Pond. The arch voice from Lady of the House, a story near the end of the book, teases the reader: “Has it really become an inclination of mine to reminisce in such a gratuitous way?”
There is little doubt of the answer. Twenty stories of varying lengths comprise this ambitious and writerly collection. There are one-page odes to tomato puree, reflections on the need for alcohol to engage with the opposite sex, an EE Cummings-esque short on the demise of a stir-fry dinner, amid longer ruminations on everything from the merits of control knobs on ovens to French girls with filthy corduroy coats.
Modernist in style, Bennett’s mostly first-person narrative is rooted in the domestic and natural worlds. Gardens, “privet hedges”, the titular water mass and the weather are the backdrop to the voice’s thoughts and realisations. Household objects – an ottoman, a mirror, a cooker – appear and reappear at various points to link the stories in unusual ways.
Despite this grounding in the real world, the narrator in most of the stories lives heavily in the mind and her memories, allowing space for fantasising and digressions. Come to this collection looking for traditional stories with linear plots and dialogue and you will be disappointed. Instead, Bennett offers her unique take on the world, snapshots of a woman trying to deal with life’s peculiarities, disappointments and sudden delights.
One of three epigraphs quotes Nietzsche: “For now in every exuberant joy there is heard an undertone of terror.” Fear and anxiety about modern life is a prominent theme. There are different types of fear – the humorously related “ratcatcher” in First Thing, who controls the hungover narrator as she makes her coffee; the stunning image of a photograph as “a concentration of captured faces” in The Big Day, or the more existential fear in Words Escape Me in the form of a dragonfly swooping down a chimney to terrorise the narrator, until she realises, “after all, being terrified seems quite normal, one learns to live with it”.
From Wiltshire, Bennett studied literature and drama at the University of Roehampton before settling in Galway. Her short fiction has appeared in The Irish Times, the Moth, the Stinging Fly and Gorse. She was awarded the inaugural White Review Short Story Prize in 2013 .
Bennett’s drama background comes through in her writing. It calls to mind the work of Eimear McBride, who also used her knowledge of performance to great effect in creating a distinctive voice in A Girl is a Half- Formed Thing. Many of the pieces in Pond would work well as monologues for the stage. The discursive style, range of topics and poetic language are offset by humour, which breaks up the pontificating and helps to clarify the moments of enlightenment.
The episodic nature of Pond recalls the great modernist writer Robert Walser. In terms of structure, style and theme, there are parallels between his The Walk and Other Stories and Bennett’s stories. From one-page elegies to longer musings on the nature of everyday existence, Bennett favours the modernist style of her predecessor and is similarly unafraid of losing readers in stream of consciousness technique.
The mix of darkness and comedy in Pond is impressive, confidently handled in a debut collection. In Morning, Noon and Night, which ponders the subjects of fruit, gardens, academia, lovers, Japanese tapestries, bicycles and chopping boards, the narrator dispenses her advice on almonds: “Be careful though, be careful with flaked almonds; they are not at all suitable for morose or fainthearted types.”
Moments later, the tone has shifted: “But shake out a palmful of flaked almonds and you’ll see they closely resemble fingernails that have come away from a hand.”
Other stories, such as Finishing Touch are laugh-out-loud funny, with its exacting and neurotic narrator professing she will throw an understated party: “I’m determined you see, quite determined to host a low-key, but impeccably conceived, soirée.” The narrator issues specific orders on what gifts guests should bring. She spends the night before combing the room, making sure “everything is in its place: awakened, accomplished and vigilant.”
It is easy to get lost in Pond amid the digressions and snippets of storylines, but the author for the most part convinces us to accompany her for the ride. We have been warned, after all, by that same lady of the house: “It’s perfectly obvious by now to anyone that my head is turned by imagined elsewheres and hardly at all by present circumstances.”