What makes a Man Booker novel? Ali Smith on Autumn 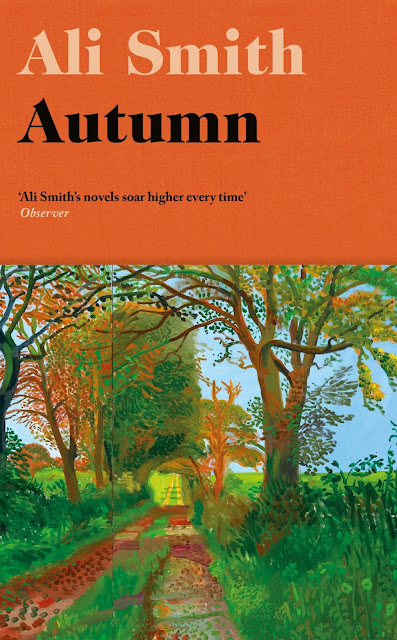 What makes a Man Booker novel?
Ali Smith on Autumn 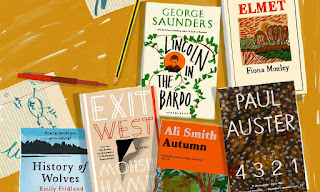 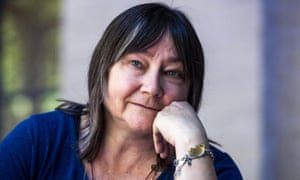 The novel, as a form, has always naturally been about its own newness, its own contemporary nature. That’s why it’s called the novel. I think too that the novel is always a creature of time, of the clock, deeply interested in the nature of time. The movement of the seasons, both linear and cyclic, makes for a good parallel to the workings of plot, a thing of sequence and consequence, or what Margaret Atwood calls “one damn thing after another”. But simultaneously, as the seasons work through us like the rings inside tree trunks work through trees, and because the repetition and revisiting keeps time fresh over and over again, they let us experience time in a way that’s differently dimensional, diachronic as well as synchronic. Plus, with the environment under such pressure, their cyclical movement – the renewal, the hope, the ceremony, the larger meaning of continuum it brings with it – is taking on a new and different urgency.

The writer Olivia Laing happens to be my cousin-in-law; we’ve known each other for decades. In May or June of last year, when I was working on Autumn, she came round for supper and handed me a blurry photograph of one of our cats, now long dead. It had my handwriting on the other side of it – a bit of a letter I’d sent her, in 1996. I read, in my own 20-years-ago hand: “I have a long-term plan to write a novella for each season.” Relief! I wasn’t making it up – I really had been thinking about this novel, these novels, for 20 years, somewhere between conscious and subconscious.
But the story of how Autumn came to be written starts with cutting it fine. I was very late handing in the novel I wrote before it, How to Be Both, to my publishers in 2014. I’d long missed my deadline but, I discovered, I hadn’t missed theirs; I handed it in in June, it came out in August. In six or seven weeks, and with a thrilling concerted effort on the part of the team of hardworking people (the copy editors and proofreaders who work invisibly, behind the scenes at every publisher) – and even though How to Be Both has a complex physical structure, existing in two forms at once – the book existed. Usually it takes at least nine months, often a lot longer than that, to bring a book from manuscript to print form.
It made me think differently about what the novel can do, and of what the Victorians had done with the novel – Dickens publishing, say, parts of Oliver Twistin monthly instalments, not knowing where the story would take him, letting it happen as it happened.
So in 2015 I asked my editor, Simon Prosser, if I might try to write a series of books, discrete but linked novels, named after the seasons, and which each reach print as close to their own time of writing as possible. He checked the publishing possibilities. Yes, he said. I sat down in late 2015/early 2016 to begin Autumn, a novel whose title already meant that the Keatsian bright briefness of life would be a core element of its atmosphere.
I thought this element might be in passing dialogue with a story that had been haunting me for a couple of years, of the UK’s first female pop artist, Pauline Boty, who lived too briefly, died tragically young, but whose work, lost for decades and only recently rediscovered, is so full of energy and life and bravura and intelligence that something about it refutes tragedy. In it she takes contemporary images, of Marilyn, Elvis, Kennedy, Christine Keeler, the endlessly proliferated newsworthy images, and demands a new objectivity, an aliveness, of both image and viewer. Her painting of Keeler also sent me off on a tangent to transcripts of the Profumo affair trials, the sexism, the classism, the lies in parliament.

But the novel I began writing was about fences, walls, the difficulty of getting a passport, layers of divisions between people, the pressures on and the gift of friendly everyday dialogue between strangers with what looked like nothing in common.
New Year’s Day, 2016. A friend came round. We talked about the year to come, we laughed in disbelief that it had been mooted in the media that there might be a summer referendum on staying in or coming out of the European Union. This year? How? My friend is Scottish, like me; we knew that the Scottish independence referendum had been painstaking and long, taken years, and because it was considered and lengthy in discussion had really politicised and engaged people, as well as divided the country painfully. Surely there couldn’t be such a major referendum held in a matter of so few months?
The months passed. Winter, spring, summer.
Autumn.
Autumn is published by Hamish Hamilton.
THE GUARDIAN