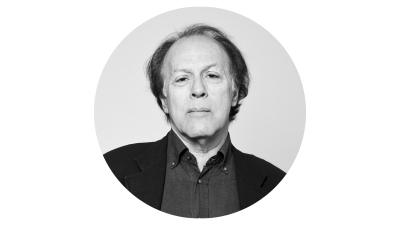 A Spanish novelist, translator and columnist

The Spanish writer is most well known for his original pieces and success as an author translating works from English to Spanish.


Javier Marias Franco a Spanish novelist, translator and columnist was born in Madrid on September 20th, 1951. Marias is most well known for his original pieces and success as an author translating works from English to Spanish. Probably not by coincidence, many lives of his characters in his novels revolve around the life of an interpreter or translator.

Javier´s father was a philosopher by the name of Julian Marias who spent a brief period of time in prison for opposing Franco in his doctoral thesis. He would later be stripped of his license to teach in Spain. Javier, like his father, also sought a PhD and would receive his doctorate in English philosophy from Complutense University in Madrid. Marias would also teach at Complutense University and Oxford University as professor of Spanish literature before going on to Wellesley College in Boston, Massachusetts where he gave lectures on translation and literature.
Los dominos del lobo was Javier´s first published work at only 19 years old. Critics contend this first novel “proposed new channels of creativity.” One year later, in 1971, the gifted writer wrote Travesia del Horizonte, a work that would earn him rave reviews and place him in an esteemed category of new young writers. In 1979, with the novel El Monarca del tiempo, Javier was propelled into a respected group of writers of the time. The same year he was also granted the Spanish national award Premio Nacional de Traducción Fray Luis de León by the Ministry of Culture for his translated version of Sterne´s The Life and Opinions of Tristram Shandy.
In 1990 ten short stories written by Marias were published in the newspaper El Pais. The stories were written between 1975 and 1990. This would also be the first time Marias' work was published in a newspaper, a format capable of reaching many more layers of society given its wide circulation in Spain.
In 2007 Javier earned a seat at the Royal Spanish Academy (Real Academia Espanola de la Lengua).