Without supreme authorial control, The Hundred Brothers would collapse under the weight of its preposterous premise 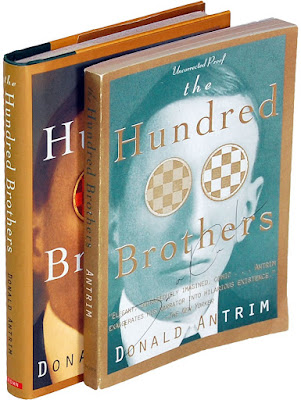 T
he Hundred Brothers is possibly the strangest novel ever published by an American. Its author, Donald Antrim, is arguably more unlike any other living writer than any other living writer. And yet, paradoxically – in much the same way that the novel's narrator, Doug, is at once the most singular of his father's 100 sons and the one who most profoundly expresses the sorrows, desires and neuroses of the other 99 – The Hundred Brothers is also the most representative of novels. It speaks like none of us for all of us.