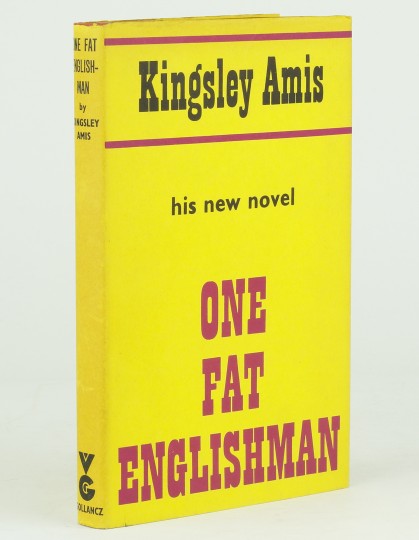 In 1963 I published one of the earliest articles about the novels of Kingsley Amis to appear in an academic journal. In it I discussed his first four novels, from Lucky Jim to Take A Girl Like You, but not One Fat Englishman, which came out in the same year. Nor, when I later reprinted my essay in a book, did I extend it to include consideration of that novel.
The reason for this silence was that I didn't quite know what to make of One Fat Englishman, and it certainly didn't fit the general drift of my argument. I hadn't really enjoyed reading it, and enjoyment was very much at the heart of my interest in Amis's earlier fiction. Those books, I wrote, "speak to me in an idiom, a tone of voice, to which I respond with immediate understanding and pleasure".
Lucky Jim and its successors had that effect on many readers of my generation, who came of age in the 1950s, especially those from lower-middle-class backgrounds who found themselves promoted into the professions by educational opportunity, but remained uneasy with, and critical of, the attitudes and values of the social and cultural Establishment.
The heroes of those novels were quick to identify and satirically subvert any hint of pretension, affectation, snobbery, vanity and hypocrisy in public and private life. What they stood for is most simply described as "decency", and when they didn't live up to their own code, they felt appropriate remorse.
The least ethical of these heroes, Patrick Standish in Take A Girl Like You, is balanced by the transparently decent heroine, Jenny Bunn, whose point of view complements his. Roger Micheldene, the corpulent British publisher whose adventures on a brief business trip to America are chronicled in One Fat Englishman, is a very different character. He is rude, arrogant, snobbish, lecherous, treacherous, greedy and totally selfish.

While trying to revive an affair with Helene, the wife of a Danish philologist, he grabs every opportunity to copulate with other available women. His mind and often his speech are crammed with offensive observations about Jews, Negroes, women, homosexuals and Americans in general. He eats like a pig and drinks like a fish.
The story punishes Roger for his sins by submitting him to a series of farcical humiliations, and eventually he is sent home with his tail between his legs. But he is the hero, or anti-hero, of the novel, whose consciousness totally dominates it and with whom the authorial voice is rhetorically in collusion: that is to say, his obnoxious opinions and responses are articulated through the same distinctive stylistic devices that were associated with the earlier and more amiable Amis heroes.


The reader may guiltily catch himself sniggering at lines like: "At this evasion a part of Roger wanted to step forward and give Helene a medium-weight slap across the chops" or "a girl of Oriental appearance who would have been quite acceptable if she had had eye sockets as well as eyes".
In 1963, knowing nothing about Amis except through his writings, I was puzzled to know why he had taken such pains to create this vividly unpleasant character. In my memory, most reviewers were equally baffled and disappointed. Recently I picked up a second-hand copy of the first edition of One Fat Englishman, which prompted me to reread it. In the light of Amis's subsequent literary development, and all the biographical information that has emerged since his death, it seems a much more comprehensible and interesting novel - also much funnier, in its black way, than I remembered.
It now seems obvious that Roger Micheldene was in many respects a devastating and prophetic self-portrait. The character's promiscuous womanising and inordinate drinking certainly had autobiographical sources. For the novel's American setting, Amis would have been drawing on his experience as a visiting fellow at Princeton University in 1958-9, when, he informed Philip Larkin in a letter on his return: "I was boozing and fucking harder than at any time - On the second count I was at it practically full-time - you have to take what you can get when you can get it, you sam [sic]."
Amis's casual infidelities were a constant source of friction between him and his wife Hilly, but in 1962, when he would have been working on One Fat Englishman, he fell seriously in love with the novelist Elizabeth Jane Howard, whom he met that autumn at the Cheltenham Literary Festival (appropriately enough as co-members of a forum on sex in literature); he commenced a passionate affair with her.
Shortly after Hilly discovered this, she accompanied Kingsley on a trip to Italy and Yugoslavia, and when he fell asleep on the beach one day, she wrote on his exposed back in lipstick: "1 FAT ENGLISHMAN I FUCK ANYTHING". (A photograph of this vengeful graffito is reproduced in Eric Jacobs's biography.) Before the novel was published, the marriage had ended.

Although Kingsley was not really fat at this time, he became so in due course, and as gluttonous as Roger Micheldene. But whereas for Roger this was an appetite that competed for priority with the sexual (at one point, having picked up a girl at a bring-your-own-picnic, he worries about "the problem of retaining contact with Suzanne without giving her anything to eat"), with Kingsley, according to his son Martin in his memoir Experience, "getting fat was more like a project, grimly inaugurated on the day Jane left him in the winter of 1980 - a complex symptom, repressive, self-isolating. It cancelled him out sexually."
One Fat Englishman was written on the cusp of Amis's ideological transformation, almost exactly halfway between the Fabian pamphlet of 1957 in which he declared his allegiance to the Labour party, and the 1967 essay, Why Lucky Jim Turned Right, which announced his conversion to conservatism. As time went on, he became more and more notorious for his politically incorrect opinions on education, war, women, and race, and domestically he enjoyed winding Martin up in this way. Many of his prejudices were anticipated by Roger Micheldene, but in the novel they have an ambivalent import because of the implied moral of the tale.
It is as if Kingsley Amis, conscious in the early 1960s of the way his values and opinions were changing, and, half-appalled himself at the process, projected them into a fictional character he could simultaneously identify with and condemn. In a curious and interesting way Roger himself is similarly divided. "Why are you so awful?" Helene asks him at a moment of post-coital candour. "Yes, I used to ask myself that quite a lot," he replies. "Not so much of late however." She finds this honesty disarming, which is exactly the effect he calculated, but it is not "just" calculation. Roger is really full of self-hatred - it is the source of the vitriolic anger he directs at almost everything and everybody in the world around him and it is hard to disagree with the judgment of the American priest, Father Colgate, absurd figure though he is: "You are in acute spiritual pain."
We take leave of Roger weeping tears he is unable to explain as his ship slides out of New York harbour, and resolving to lift his mood by surveying the shipboard totty. "Something in him was less than enthusiastic about this course of action but he resolved to ignore it. Better a bastard than a bloody fool."
Father Colgate would call that maxim "obstinacy in sin", while Jim Dixon would have turned it the other way round. One Fat Englishman is certainly a much less comfortable read than Lucky Jim, but no longer seems as inferior to it as I once thought.
· David Lodge's most recent novel is Thinks... published by Penguin 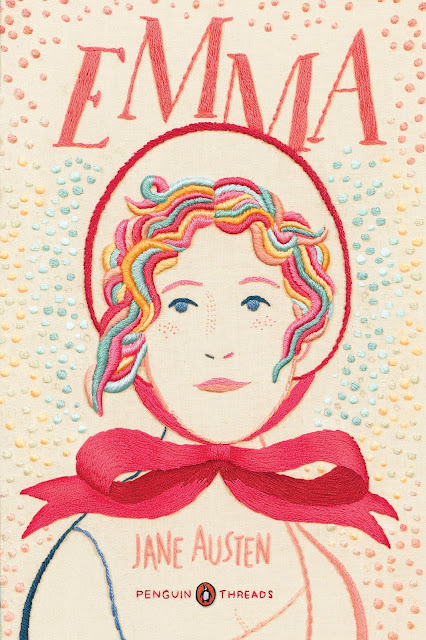 Jane Austen painted a large universe on her "two square inches of ivory". In the narrow round of life as lived by country gentry in late Georgian times, in the interesting but even narrower margin of that epoch in young ladies' lives when they are looking about them for a husband, she found and anatomised fundamental features of human sense, pride, prejudice and sensibility.