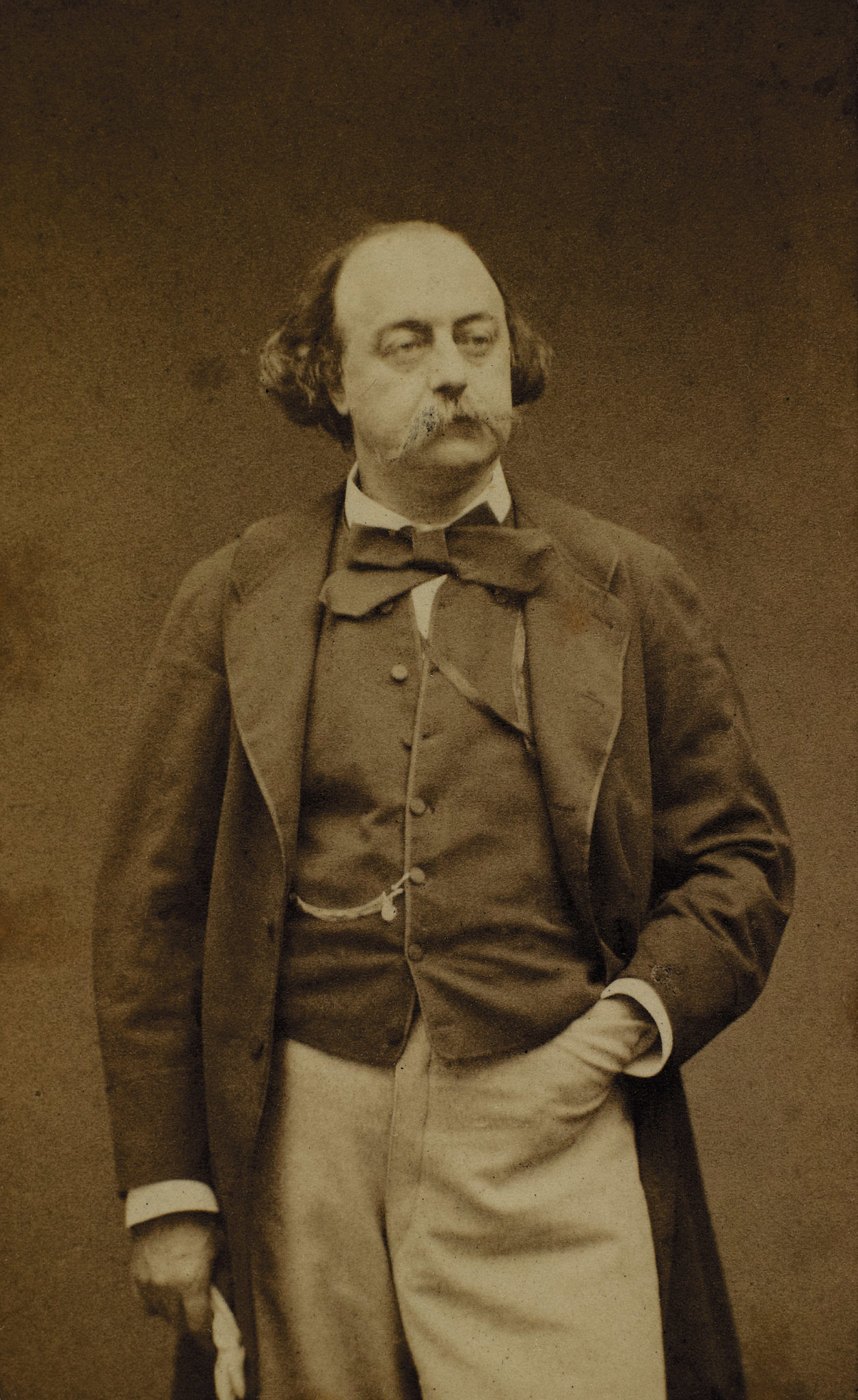 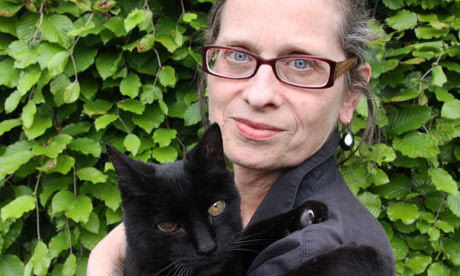 American short-story writer Lydia Davis spent three years translating Madame Bovary. Photograph: Theo Cote
I didn't like Madame Bovary when I first encountered the book as a teenager. The story of a suicide of a doctor's wife in rural 1840s Normandy seemed too banal for me. Like many others, I didn't really like Emma, who seemed neither intelligent nor charming. But the book has become one of the few works of fiction that I read again and again, decade by decade, and each time it seems different, as if Flaubert and his heroine were following me through life. It may help that my French family come from the part of Normandy in which Flaubert set his story, but I sense that I would love the book as much if I came from Patagonia.
I feel I've seen the expanse of white stocking between Emma's ankle-length boots and her long skirt that so excited Flaubert. Every moment of her terrifying death by arsenic poisoning might be occurring now, before my eyes. I've encountered many versions of the brilliantly rendered discussions about human existence that dot the novel, giving it its sharp, ironic edge. Someone whom I married told me that most women think of life as negatively as Emma did. Thirty years later I am still wondering whether this is true. When my French mother was 92, I found myself arguing about the book with her. She said that she had never met a woman as stupid as Emma, but I was convinced that Emma was far from stupid. She just had the wrong ideas about life and – in a modern way, for which I couldn't reproach her – felt entitled to them.
There is no Shakespeare in French literature, and Hugo and Balzac don't quite fit the bill. My mother was a Proustian, capable of reinterpreting a host of his observations for her own life. I do that, too, but Madame Bovary fills another gap. Every observation of Flaubert's has gone into French life with the force of a large meteorite. I like to look at the impact, in other novels, in films, even in photography. But I also know that I shall never really comprehend the full extent of the damage done to our illusions by Flaubert's great book.
"A good sentence in prose," declares Flaubert, "should be like a good line in poetry, unchangeable, as rhythmic and sonorous." But Flaubert writes in a variety of styles, some low, some high. He taught us to read novels for their style, and yet his own masterpiece deprives one of such comfort. It is absurd to insist, as Flaubert did, that Madame Bovary is not a work of realism. As his very un-Flaubertian contemporary Zola observed, the book is profoundly, shatteringly real.
Are we capable of being truthful? Do human beings ever really tell the truth about the things that really matter? "Madame Bovary, c'est moi," Flaubert exclaimed. He seems to say either that we should tell the truth but don't, or, worse, that we cannot: "... None of us can ever express the exact measure of our needs," he observes in what must be the book's most celebrated mot, "or our ideas, or our sorrows, and human speech is like a cracked kettle on which we beat our tunes for bears to dance to, when we long to move the stars to pity."
This is the 20th English translation of Madame Bovary. Lydia Davis is an accomplished American short-story writer and translator of Proust. She she recently that she didn't much like the character of Emma, and spent three years on the book. (Flaubert took four and a half years to write the original.) Sometimes Davis's staid American idioms remind me of the genteel locutions of the literary folk in Tom Rachman's recent comic novel The Imperfectionists, set in a failed American newspaper in Europe. Something of provincial France – the sheer crudeness of much of the dialogue, its obsessive rehashing of vulgar cliche – has gone badly missing. Davis isn't alert enough to the sheer range of Flaubert's progressive bêtes noires.
It is just not plausible to suggest, as Davis does, that the pharmacist and would-be politician Homais, with his ugly children and republican Phrygian caps, is one of the more sympathetic characters. Homais writes a piece suggesting that Emma mistakenly dipped her hand in the arsenic jar while making a cake. Emma, of course, never baked a cake in her life, and this is a feeble lie contrived to save the pharmacist's skin. Not incorrectly, Flaubert believed that most of the public discourse of his time consisted of lies.
But I don't agree with the eminent Flaubertians (Julian Barnes among them) who find Davis's efforts clunky. Emma's passions extend to shopping as well as sex, and the connection is spelled out by Davis's spare prose. She has also caught for the first time in English the powerfully filmic aspect of Flaubert's narrative – the way in which he is able to cut without apparent effort between close-ups and wide shots. In a Greenwich Village cinema, I once encountered a half-ruined print of Jean Renoir's 1932 version. Emma was plumper than I had imagined, Charles even glummer. But you could see the characters struggle, always failing. Against the odds, Davis has performed a similar act of transposition, creating a Madame Bovary for our time.
Nick Fraser is editor of Storyville, the BBC's documentary strand

Posted by Ficciones at Sunday, November 28, 2010 No comments: 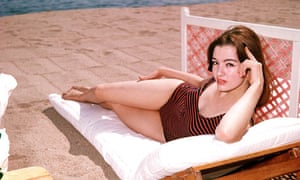 Christine Keeler, a key figure in the 1963 Profumo Scandal which rocked the government, was the subject of intimate sketches by the sculptor Alberto Giacometti. Photograph: Popperfoto/Popperfoto/Getty Images

As the Profumo scandal raged, the artist Alberto Giacometti was fascinated by a French news report and dashed off some previously unknown sketches

Dozens of previously unknown sketches by the artist and sculptor Alberto Giacometti have come to light, including impromptu drawings of Christine Keeler, the showgirl whose 1960s affair with Conservative minister John Profumo shook the British establishment.


Nine months ago, one of Giacometti's sculptures sold for £65m. Now the Swiss artist's family has allowed his biographer, the distinguished art historian Michael Peppiatt, access to the collection for a major new book and a loan exhibition. The unseen images reveal Giacometti at his most intimate and unselfconscious.
Giacometti seems to have taken his inspiration for the Keeler sketch from a 1963 French newspaper report. A series of nude female figures sketched across a page from France-Soir is thought to represent her. The collection also contains sculptures, paintings and drawings not seen since they left his dilapidated studio in Paris. Another find is an art book owned by Giacometti which he used to produce a striking drawing of Van Gogh's self-portrait.
Another previously unknown sketch appears across a torn-out page of L'Express, a 1964 edition with a report on Lee Harvey Oswald, President John Kennedy's assassin. Giacometti scribbled over Oswald's photograph, giving him a beard and scrawling across the page the repeated word continuare ("to go on") and the phrase "the busts were made quickly, and a painting this evening, the drawings soon". The words seem to convey Giacometti's constant urge to push himself into yet more work. The artist, who died in 1966, obsessively scrutinised his work for hints of failure, always destroying works that did not match his vision. Peppiatt said that the newspaper sketches showed that drawing was fundamental for Giacometti. "Drawing was a form of instinctive thinking for him. He was never without a pencil in his hand or a fag in his mouth," he explained.

Peppiatt, an art critic for the Observer during the 1960s, recalled his excitement at being given access to the images, taken from a collection owned by the widow of Giacometti's nephew, Silvio Berthoud: "There is something very intimate about these works. I was allowed to choose from 300 drawings. I was deeply moved. I felt that Giacometti was almost there with me … as if his drawings were dropping from his hands. He had scribbled over the inside covers of books, doodled on bits of paper in cafes." Some of the unknown images are in Peppiatt's forthcoming book, In Giacometti's Studio, and a loan exhibition he has curated at the Eykyn Maclean gallery in New York.
Through newly published letters, Peppiatt offers new insight into Giacometti, the man and his art. He has delved into the artist's relationships, notably his doomed affair with Isabel Rawsthorne, a raucous, bohemian painter and model.
Peppiatt said: "Isabel was a terrifying animal, a man-eater. She was having affairs with both sexes and drinking everybody under the table. He was ambivalent towards women. What he liked were prostitutes. Giacometti was both attracted and repelled by Isabel." Feelings of despair emerge from their letters, Peppiatt said. In one, Giacometti wrote: "I didn't think your stay was a washout, Isabel, otherwise I wouldn't have felt so upset when you left. My throat was tight. I was sobbing inside."
Peppiatt also casts light on the artist's friendship with Samuel Beckett. Describing Giacometti's skeletal figures as a visual embodiment of the Irish writer's pared down prose, he said: "They had the same nocturnal habits. They'd bump into one another in Montparnasse around midnight, go to the same brothels together and walk home together." He tried to imagine their conversations as they strolled the deserted streets. "I researched and researched, following every line of inquiry, until I came to the truth," he recalled. These 20th-century geniuses would walk in "deep, utter, total silence", he said.
THE GUARDIAN

Posted by Ficciones at Sunday, November 14, 2010 No comments: