'I am part of English history' / Christine Keeler interview - archive, 1983 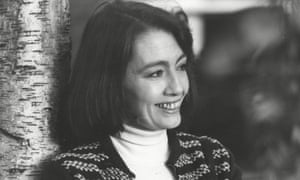 'I am part of English history': Christine Keeler interview - archive, 1983


The Observer, 13 March 1983 Simon Hoggart talks to Christine Keeler about her second autobiography

C
hristine Keeler is now 41, and has just published her second autobiography. She and a girlfriend wrote the first in 1968 and, she says, it cheered her up enormously to have put down her own version of events. But it wasn’t truthful. “I thought it was quite right for me not to be honest. I said that I’d never been to bed with a man for money; it was a pack of lies, in other words. It was a whitewash on myself.”
She says that the new book, Nothing But... (New English Library, £1.50) is entirely truthful. She took an advance copy to her parents. “They’ve taken it all very well indeed, they’ve been marvellous. I told them I was going on TV a few weeks ago, and my mother said: ‘People should know that you weren’t a prostitute,’ and I said: ‘I wasn’t exactly innocent.’ I said to Dad: ‘You’re going to read a few things about me. I was a bit of a goer.’ Dad said: ‘We always suspected something.’”
She is still a remarkably good-looking woman, better than her photographs suggest. Twenty years ago she was sensational. A lot of men thought she was the most beautiful woman they had ever seen. “I’m certainly not a beauty now. I might be all right for 41, but I don’t think heads turn when I walk down the street, and that did happen.”
These days she is recognised only rarely. She lives in a council flat in World’s End, Chelsea, and seldom leaves the area. People there know who she is and, she says, accept her. She still has her astonishing hourglass figure.
She is also charming, well-spoken and fairly collected, though she smokes a lot, nervously. She says that she has been happy for the past ten years, ever since she left her second husband, Anthony Platt. They had a son called Seymour, who is now 11 and lives with his mother. Her older son, Jimmy, who is 16, lives with her parents.

My first book was published all over the world, including places like Japan. They think that English people go around whipping each other all the time, but there was only ever one MP. That was Ernie Marples. I know there was only one because Stephen was so thrilled. He couldn’t stop talking about it.”
Stephen Ward is one of the two men who dominate the book. The other, oddly enough, is not John Profumo but Lucky Gordon, the violent West Indian who fell dementedly in love with her and then terrorised her. Her fear of Gordon and her desire to escape from him were far stronger than any particular feeling about Profumo, who only ever had a walk-on part in her life, and for whom she now just feels a mild resentment.
In the book (ghosted by Sandy Fawkes) she says of Profumo that he “should have known better.” She has not met him since the scandal, in 1963. What would she say if he walked in and said hello? “I’d say hello hack. I expect he’d make a joke about it, he was a very humorous man. But I wouldn’t say hello to him first.”
I asked about her regrets and she had to think for a while. “I don’t think it’s any good sitting around regretting things. I suppose that I do regret the time when I first went to Notting Hill Gate with Stephen and met Lucky Gordon. I had him on my back for so long. I was really paranoid all that time. I don’t know what Lucky Gordon is doing now. Recently I spoke to someone who knows him. They said: ‘He’s thriving.’ I said ‘Oh dear.’ He was a terrible man, he really was a terrible man. I had made up my mind to kill him, you know. I thought they would only give me three years. It would have been better to go to prison than have him grab me and take me away some-where.”
She is now fairly cheerful, and hopes that the book will lead to a film or at least a drama-documentary on television. I suspect that she is quite proud of being Christine Keeler. “Funnily enough, I was in the Ladies just now and a woman said, ‘you know, you remind me of someone. I know: Christine Keeler.’ Yes, I told her, I was.”

I asked if she thought that the ghost-written book accurately reflected what she thought and how she felt. “It’s got me right, it has got me emotionally right. There’s one word I don’t like: ‘Ruining my life may not seem very important to some, considering what I was, just a pretty scrubber...’ I wanted them to change it to ‘tart.’ ‘Scrubber’ implies someone who can’t talk properly and wears horrible clothes, but I always spoke well and had good clothes. I’ve always had a bit of class to me. I’m sure Jack Profumo wouldn’t have gone out with a scrubber. Perhaps they should have written ‘just a pretty nobody.’”