Does Charles Bukowski’s sexism make him a bad writer? 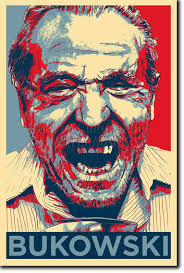 Does Charles Bukowski’s sexism make him a bad writer?

Some of what Charles Bukowski wrote is resonant enough to still be enjoyable today, and some of it is not. In one part of Bukowski’s novel “Ham on Rye,” the main character’s father beats his son with a two-by-four for not mowing the lawn properly. Then he takes his son inside and beats him some more with a razor strop. The autobiographical stories about child abuse in “Ham on Rye” are mundane, believable and haunting. Yet, Charles Bukowski’s writing is most haunting (and least enjoyable) when its subject is the author’s own violent impulses. Halfway through the novel “Factotum,” Charles Bukowski’s self-insert protagonist assaults his girlfriend in public. He finds her flirting with other men in a bar and slaps her off her stool. Chinaski, the protagonist, turns before leaving and says, “Now, if there’s anybody here who doesn’t like what I just did, just say so.” Nobody says anything, so he concludes that everyone must have liked what he just did. It is a meaningless and cruel story which does not mesh well with the rest of the novel, and which has made many readers wonder why Bukowski’s legacy endures despite his abusive personality.

Sometimes, as in the episode from “Factotum,” Charles Bukowski’s violent stories are condemnable. Those who read Bukowski often call him a misogynist and it is impossible to argue against that claim. Bukowski was absolutely a misogynist, or at least a man who said unjustifiable things about women and who was a danger to them. One blogger wrote that Bukowski’s stories are “puerile, solipsistic, and misogynistic,” and added, “Hamlet’s consciousness reaches the cosmos; Bukowski’s merely propels him to the fridge for another drink.” Bukowski becomes even harder to defend when one discovers that the girlfriend Chinaski slaps in “Factotum” and other stories is, in fact, based on a woman the author knew, loved and married.
Bukowski wrote about hitting his girlfriend Jane several times. The rendition of the story which can be found in “Factotum” has almost no sense of irony. The prose reeks of self-justification and machismo. There is nothing wrong with criticizing an author because of his or her sexism or racism. I hated “On the Road” partly because of its flat, static and hyper-sexualized female characters. Bukowski, like Kerouac, is an author who struggles to write female characters with personalities and motivations. But a literary critic writing an article which is solely about an author’s moral shortcomings is comparable to a boy in little league swinging at a ball which someone has set up on a tee. It requires no effort to engage with the writing on a deeper level. One writer for Slate.com lumped Bukowski in with other “midcentury misogynists” like Norman Mailer, Henry Miller, Jack Kerouac and Philip Roth. Notably, the Slate article did not include a quotation from any of the midcentury misogynists.

At the very least, one has to admit that Bukowski has his moments of insight. Jan, the woman Bukowski slaps in “Factotum,” died in 1962 of complications resulting from alcoholism. She was the basis for many characters in Bukowski’s poems and novels, including the romantic interest for the Bukowski film “Barfly” in which she was played by Faye Dunaway. In a poem written after the film’s release, Bukowski said he could “hear Jane now” laughing at the fact that someone decided she should be played by a beautiful movie star. Bukowski wrote, “Jane, that’s show biz, so go back to sleep, dear, because no matter how hard they tried they just couldn’t find anybody exactly like you. And neither can I.”
No one can be faulted for condemning Bukowski because of his reputation as an abusive partner, but his moral failings do not taint every poem he ever wrote. Buying and reading his books is not morally wrong, just as it is not morally wrong to enjoy the work of any artist who is not an entirely decent human being.
Alex Klein is a staff columnist for the Daily Campus.