Jerzy Ficowski, who has died aged 81, was Poland's prominent but unorthodox poet "from the borderlands", a fervent Christian who celebrated Polish Roma culture and memorialised in verse the Jewish victims of the Holocaust. He was respected for his lifelong contribution to the struggle to free his homeland, first as a youngster during the Nazi occupation, then as a patron of, and participant in, the human rights campaign against communist rule. Abroad, he is best remembered for his biography of novelist Bruno Schulz, widely regarded as the Polish Kafka.

Ficowski was born during Poland's interwar period of independence. He attended school in Warsaw but this interlude of tranquillity came to an abrupt end in 1939, with the German and Soviet invasions. He enlisted in the underground movement and was involved in clandestine publishing. In 1943 he spent several weeks in the Gestapo prison at Pawiak, in Warsaw. During the 1944 Warsaw uprising, when the Polish underground rose against the Nazis in the hope of liberating the capital before the arrival of the Red army, Ficowski served with the famous Baszta regiment. The uprising lasted for 63 days and more than 200,000 Poles died, after which Hitler destroyed Warsaw. 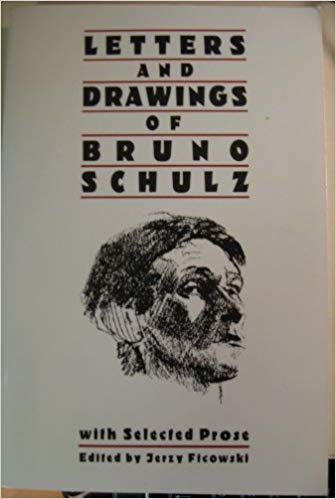 Along with many other survivors, Ficowski ended up in a camp in Germany. At the end of the war, he returned to Warsaw, studied philosophy and sociology at the rebuilt university and published his first volume of poetry, The Tin Soldiers (1948), while the city was slowly rising from the ashes in the stifling atmosphere of Stalinist terror.
The heroes of the uprising were being treated with hostility and suspicion, their leaders imprisoned or shot by the regime. Ficowski subsumed his patriotic dreams in a broader vision of those who had suffered even more than the Poles under the Nazis - the Roma and the Jews. He used his sociological discipline, literary skills and poetic vision to write about these cultures that had almost disappeared during the war.
For some years he travelled with Gypsies across Poland, submerging himself in their secret world and learning their language. In 1956 he translated and published the songs of an almost illiterate Gypsy woman poet, Papusza. In 1965 he wrote a brilliant sociological study of the Roma way of life, Gypsies on the Polish Road. Other volumes of poetry inspired by Roma culture included Amulets and Definitions (1960) and, more recently, Branches of the Sun Tree.
Ficowski's prose masterpiece was his life of the expressionist Jewish writer Schulz, in whom he had first shown an interest weeks after the writer was murdered by the SS in 1942. Ficowski studied his life for more than a decade, publishing the first edition of his definitive biography, Realms of the Great Heresy, in 1967. The book has been translated into many languages and was particularly well received in the US.
Several Jewish commentators criticised Ficowski's interpretation of Schulz as a Polish rather than a Jewish writer, but if that was the case it did not minimise Ficowski's love of Yiddish culture or stifle his memories of the Warsaw ghetto. His tribute to the Jews and their suffering appeared in the moving poetry collection, Reading the Ashes (1980), illustrated by Marc Chagall, and Around the Cinnamon Shops (1986), which drew again on the life of Schulz.
By the late 1970s all of Ficowski's works had been banned (including the poem, I Think, Therefore I Am Not). He was in the vanguard of Poland's political reawakening as a co-signatory of open letters to the government from writers, musicians, actors and veterans, and was one of those who urged the Writers Union to protest over censorship and the repression of workers. In 1976 he said: "I do not believe deeply in the immediate effectiveness of letters to the government, but even less do I believe in the effectiveness of silence." His prose and poems were translated widely in the west and the emergence of Solidarity in 1980 brought his works back to Poland's bookshelves.
Even after Poland re-emerged as an independent country in 1990, Ficowski was not silent. With his trademark beret and cigarette, he continued his cultural examinations, translating from Romanian and Spanish as well as Yiddish and Roma. He wrote of himself as a survivor, one who had experienced cultures that had been almost eradicated - but which he recreated in the "borderlands of his imagination" as a rich, tolerant society to which he felt Poland and its neighbours should aspire.
He leaves a widow and a daughter.
· Jerzy Ficowski, poet and writer, born October 4 1924; died May 9 2006
THE GUARDIAN