Offending scene cut from online versions of trailer for The Dilemma after gay pressure group protests
Ben Child
Wed 13 Oct 2010
The US release of Oscar-winning director Ron Howard's new comedy, The Dilemma, has been overshadowed by a row over a scene in which star Vince Vaughn uses the word "gay" as an insult.
CNN news anchor Anderson Cooper first raised the issue on his TV show, Anderson Cooper 360°, after viewing a trailer for the movie which features the scene. Pressure group the Gay & Lesbian Alliance Against Defamation (GLAAD) followed up on Monday by urging its supporters to contact studio Universal and demand that the "offensive" promo be removed from cinemas.
The offending scene, which has now been cut from online versions of the trailer, sees Vaughn in a boardroom delivering a presentation about electric cars. He tells his colleagues: "Electric cars are gay. I mean, not homosexual gay, but my-parents-are-chaperoning-the-dance gay."
GLAAD itself has also come in for criticism over its handling of the affair, with some suggesting that the body moved too slowly to take Universal to task and is too close to the media organisations it was set up to monitor.
The Dilemma sees Vaughn as a man who is unsure if he should tell his best friend and business partner (Kevin James) that his wife (Winona Ryder) is cheating on him. It is due to arrive in cinemas in the US in January.
THE GUARDIAN

Posted by Ficciones at Wednesday, October 13, 2010 No comments: 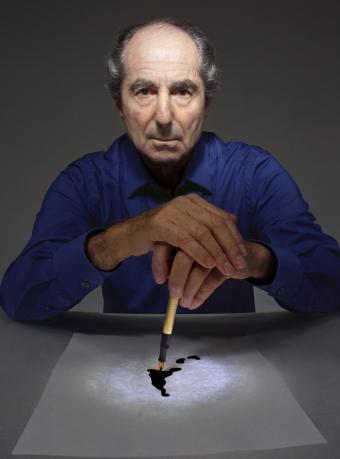 The late flowering of the American novelist Philip Roth’s work is one of the best surprises in modern literature. Tim Martin examines his 31st book, Nemesis, in which he strips back his rhetoric and flirts with his own demise

Readers of Philip Roth have grown used to taking little at face value, particularly if it relates to Philip Roth: this last standing titan of the American novel has a long track record of playing with the truth. The Facts (1988), purportedly “a novelist’s autobiography”, was interspersed with splenetic hijacks from the author’s favourite alter ego, the fictional writer Nathan Zuckerman. Operation Shylock (1993) bore the subtitle “a Confession” and the postscript “This confession is false”, while The Counterlife (1986) was a novel whose five main parts each contradicted the others. Indeed, the author has been famously quoted as saying that “Making fake biography, false history, concocting a half-imaginary existence out of the actual drama of my life, is my life.”

So it’s hard to know what to make of two striking bits of information in Nemesis, Roth’s 31st book, which are left — deliberately? carelessly? – lying around on the paratextual sidelines. The first, given the gloomy, death-haunted tone of the recent fiction, strikes a distantly worrying note: it comes in a line at the end of the author bio, which for some years now has justly boasted that Roth is “the only living novelist to have his work published in a comprehensive, definitive edition by the Library of America”. This most recent crop of British editions, however, has acquired a biographical postscript declaring that “The last of nine volumes is scheduled for publication in 2013.”
Roth is now 77, and his late flowering of work has been one of the best surprises in modern American literature: at least four of the 12 books he published after turning 60 in 1993 are commonly hailed as among his finest, and for the past five years he has published a book each autumn, a rate of productivity that puts writers half his age to shame. Can he really be announcing his retirement in a throwaway sentence in his blurb? Or is this talent for misdirection — what Roth calls his “serious mischief” — finding its way out of the novels and on to the endpapers as well?
Amid such confusion the reader enters the new book, and almost instantly encounters another quiet revelation. Roth’s fictions have frequently availed themselves of recurring characters, each more or less a surrogate for their irrepressibly tormented and loquacious author, and the bibliography inside each new work naturally groups them under the name of their protagonists — the Zuckerman books, the Kepesh books, the Roth books and so on. With Nemesis, though, there appears a new category. Everyman, Indignation and The Humbling, three of the terse novellas that Roth has published since 2006, are now filed, along with this year’s offering, under “Nemeses: Short Novels”.
At first this looks merely like an odd piece of legacy-management, a late attempt to impose cohesion on four books that have been more divisively received than almost anything else in the author’s career. John Banville hailed Indignation, for example, as a late masterpiece; Christopher Hitchens said it showed an author “repeatedly fouling his own nest”; and critics of the others divided along roughly similar lines. None of the four books shares a protagonist, or even a cast member. Only two of them take place in Newark, Roth’s birthplace, which forms the spiritual and geographical focus for many of his novels. And the situations they explore bear no instantly striking similarities: Everyman is a dark and sardonic post-mortem on the life of an advertising executive, while Indignation retells the downfall of a college student in small-town America during the Korean War. Last year’s The Humbling infamously followed a blocked actor as he seduces a lesbian half his age before committing suicide, while Nemesis, Roth’s new novel, is about a PE teacher who lives through a polio epidemic in New Jersey in the Forties. 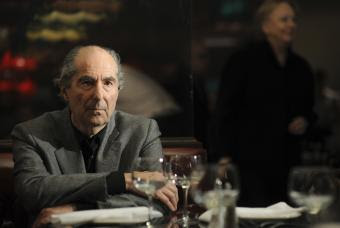 But with the release of Nemesis — the last of the Nemeses, as we may yet learn to call them — a measure of retroactive cohesion begins to operate. The new book tells the story of Bucky Cantor, a fit young specimen of American manhood who works as a playground supervisor in the Weequahic area of New Jersey, in the summer of 1944. The Allies are on their way through Italy, but Cantor’s poor eyesight makes him unfit for service: so he stays in America, stalked by a powerful sense of shame that he submerges in teaching the neighbourhood children “never to allow themselves to be pushed around or, just because they knew how to use their brains, to be defamed as Jewish weaklings and sissies”.
Neither strength nor compassion, however, are any use against poliomyelitis, a disease that in 1944 was still a good six years away from an etiology or cure. As children begin to die off one by one and the Jewish community draws in on itself in grief, then fear, then hysteria, the basic props of Cantor’s existence begin to fall away. Raging against God, “cold-blooded murderer of children,” he flees town for a job at a summer camp with his girlfriend, only to find his conscience tormenting him for running away. As the epidemic develops, Cantor finds himself pinned between desire and duty, and — since this is late Roth, after all — being dragged, grimly and inexorably, under life’s steamroller.
Like every Roth novel in the past five years, Nemesis is told in a narrative voice that sometimes borders on the pallid. The unmistakable Roth delivery — that inimitably juicy, excoriating, grandstanding blend of the demotic and the literary that peaks in ranting splendour in the best of his long novels — is here reduced to a narrative voice that seems to flirt with banality. Unless we’re to assume that Roth has simply suffered literary collapse, an allegation that the striking scenic form in these late novellas in no way bears out, he must be up to something. In Exit Ghost, the novel from 2007 in which he finally dismissed his long-standing alter ego Nathan Zuckerman, he gave Zuckerman’s mentor, the writer Lonoff, a dying speech that seemed to hint at a new position on writing: “The end is so immense, it is its own poetry. It requires little rhetoric. Just state it plainly.”
This is, of course, the kind of proposition that protagonists like Mickey Sabbath, the grandiloquent declining satyr of Sabbath’s Theater, would have laughed out of the room. Sabbath spends the entire book (one of Roth’s very greatest) resolving to do away with himself, only prevented from doing so in the book’s famous last line because “Everything he hated was here.” Such earlier protagonists approached the great immutables of sex, God and death with biting anger and grandiose rhetoric: this was stuff they took personally.
But the fight has gone out of Roth’s late protagonists. There’s a terrible moment in Exit Ghost when Roth’s veteran surrogate Zuckerman, now neutered, incontinent and humiliated, suffers the most embarrassing kind of writerly senior moment: he blanks on a famous quotation. The passage he fails to remember is the one in T S Eliot’s “Little Gidding”, in which the speaker meets a “compound ghost” that pitilessly discloses to him what to expect as he grows older. “Beyond that I cannot go,” Zuckerman tells himself. “A frightful prophecy follows that I don’t remember. I’ll look it up when I get home.” He never has the nerve to do so, but any reader who does will find the passage that seems to lie behind these late books: get ready, the ghost announces, for

the conscious impotence of rage
At human folly, and the laceration
Of laughter at what ceases to
amuse.
And last, the rending pain of
re-enactment
Of all that you have done, and
been; the shame
Of motives late revealed, and
the awareness
Of things ill done and done to
others’ harm
Which once you took for exercise
of virtue.

If Roth’s mid-period novels are masterpieces of sarcastic choler, then the prevailing humour in this late quartet is black bile. In two of them, the protagonist is dead before the book begins: another ends in bathos with a successful suicide attempt, as though in rebuke to the author who created Mickey Sabbath. Even the writing comes to seem deliberately clumsy, as though the author, in full retreat from trickery, has forsworn his arsenal to cede the stage to the banality of disappointment, age and death. The cumulative mass of sorrow and dread has undeniable blunt force, but it’s hard not to be thankful that Roth considers his experiment in nemesis to be at an end. These elusive excursions into literary self-cancellation would make a bitter farewell to writing.
* Tim Martin is a journalist who lives in Paris
Nemesis
by Philip Roth
304pp, Jonathan Cape
THE TELEGRAPH

Posted by Ficciones at Friday, October 01, 2010 No comments: