Hari Kunzru / I am one of Them 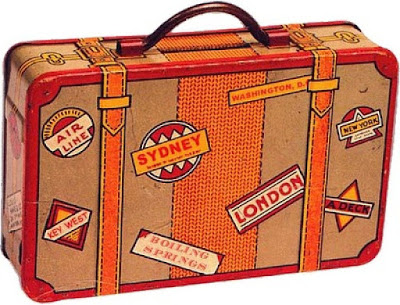 I am one of Them


I
'm writing this in a small town in south India, and being so far away from London literary gossip, I have been relatively insulated from the reaction to my decision to turn down the John Llewellyn Rhys Prize. I chose to do so - and to do so publicly - because otherwise I would have felt like a hypocrite. I understand that some of the judges are angry at the use of the prize luncheon as a political platform. To them I can only apologise and say that sometimes questions of literary value are inseparable from politics. The presence of the Mail on Sunday as sponsor of the prize made this such a moment.


The John Llewellyn Rhys prize is a venerable British literary institution. It has been won by several writers whose work I admire, like Angela Carter and Jonathan Coe. I was, like any young novelist, honoured that a jury had chosen to shortlist my first published work. But if one is to take a book prize seriously, one has to ask about its function.
For the winning writer, this is obvious. It brings publicity and may constitute the first (perhaps faltering) steps towards inclusion in a canon. For a sponsor, it is a way of linking its product to the actual or supposed cultural value of literary activity. By accepting, I would have been giving legitimacy to a publication that has, over many years, shown itself to be extremely xenophobic - an absurdity for a novelist of mixed race who is supposedly being honoured for a book about the stupidity of racial classifications and the seedy underside of empire.

One of the ugliest developments in recent British political life has been the emergence of the "asylum seeker" as a bogeyman for middle England. I have spent some years feeling depressed about the extraordinary media hostility towards refugees, those claiming asylum and those (oh most horrific!) "economic migrants" whose crime it is to sneak into a rich country looking for a better quality of life.
This point of view does, of course, sell papers. There is a sector of the British public more than willing to buy tall tales of scrounging, criminality, disease and vice. The Mail has always been quick to cash in on prejudice, and its cynical promotion of ignorance over tolerance has always made me angry. The Mail's campaign to persuade its readers that they live in dangerous times, that the white cliffs of Dover are about to be "swamped" or "overrun" by swan-eating Kosovans or HIV positive central Africans would, in isolation, be merely amusing. However, the attitudes it promotes towards immigrants have real consequences. Bricks through windows. Knives in guts.
Standing up for refugees seems, at the moment, to be an unpopular cause. British politics addresses itself to the swing vote at the centre, the nervous middle Englanders. Thus the Blair government is keen to show how tough it can be, and we are presented with the unpleasant spectacle of privately run prison camps and a home secretary who always appears to be wondering aloud why They can't be more like Us.
My politics start from a different perspective. Britain is a wealthy country, and a safe country. We also have a reputation as a fair country, a reputation earned, paradoxically, by generations of hard-working imperial administrators who believed in the old-fashioned public school values that the Mail pretends to uphold. We have a duty of care for refugees, and it is distasteful to watch our politicians doing their best to shirk it, in order to persuade voters that their rose-trellised cottages are safe from the dark hordes across the Channel.
What is an "economic migrant" but someone who has followed that sage Norman Tebbit, and "got on their bikes to look for work"? Our global system promotes the free movement of capital, yet it prevents the free movement of people to follow that capital, which concentrates itself behind tightly controlled borders while the hungry look in, their appetites whetted by satellite TV images of the consumer wealth they are denied. Wouldn't you jump a train or hide in a lorry for a chance to live on the other side of that border? I know I would.
Every time you go to a restaurant, or stay in a hotel, or walk over a clean floor in a public building, you may be feeling the benefits of "economic migration". If you don't like Them coming Here, the solution isn't to chuck them in prison, but to redistribute global wealth so they don't have to. Only desperate people travel thousands of miles from home to clean toilets.
I want my work to help reduce prejudice, not reinforce it. Accepting this prize would, sadly, have been a betrayal of that principle. Instead, I have been afforded an opportunity to put a different case. For that I am grateful, as I am to my agent, Jonny Geller, who bravely delivered my statement to what I can only imagine was an icy reception at the Reform Club.

· Hari Kunzru is the author of The Impressionist. He asked the Mail to donate his £5,000 award to the Refugee Council.

Posted by Ficciones at Saturday, November 22, 2003 No comments: