Nobody Will Make Us Do Yoga / A Conversation with Michel Houellebecq 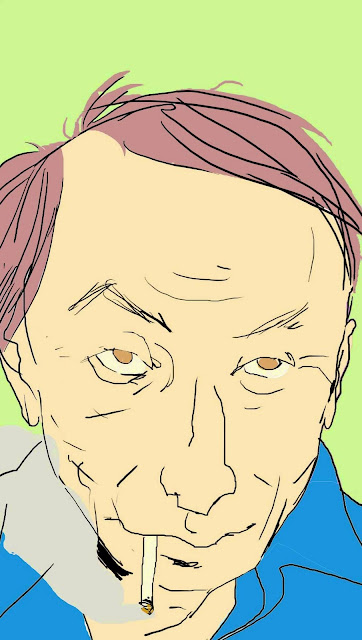 Nobody Will Make Us Do Yoga: A Conversation with Michel Houellebecq

The acclaimed and controversial French author discusses his new show of photographs.

GARAGE is a print and digital universe spanning the worlds of art, fashion, design, and culture. Our launch on VICE.com is coming soon, but until then, we're publishing original stories, essays, videos, and more to give you a taste of what's to come. Read our editor's letter to learn more.
By Christian Lorentzen
Jun 12 2017, 8:00am


About an hour into my conversation with Michel Houellebecq at VENUS over Manhattan, Adam Lindemann's Upper East Side gallery where Houellebecq photography exhibition "French Bashing" will be on display until August 4, Houellebecq wanted to go outside and have a cigarette. When he learned I also smoked he became animated in a way that none of my questions about his photographs, his novels, or politics in France, Europe, and America had made him. "The prohibition doesn't work!" he said. As Houellebecq, our translator O., and I walked to the elevator, he said that in California he hadn't met anyone who smoked. I told him there they were all preoccupied with health and activities like yoga. He said, "Nobody will make us do yoga."

The weather outside had Houellebecq spooked. It was very sunny and mild, and he said that in France when the weather's nice people generally don't bother going to gallery openings. (The next day Houellebecq didn't show up at Albertine Books, where he was scheduled to appear in conversation. A large crowd was disappointed.)
Houellebecq had come to New York after a tumultuous political season in France. The incumbent, President François Hollande, declined to contend for another term, and after taking an early lead, the Republican Alain Juppé was defeated in a primary along with former President Nicholas Sarkozy by François Fillon. In the general campaign, Fillon was crippled by the "Penelopegate" scandal, to do with his arranging fictional jobs for his wife when he was in the National Assembly. In the final run-off, Emmanuel Macron, who founded a new centrist party in April, defeated Marine Le Pen of the far-right National Front. As if from a farce in one of Houellebecq's novels, Macron's marriage to Brigitte Trogneux, 24 years his senior and a teacher at his high school when they met, has attracted a lot of prurient attention.
That afternoon on Madison Avenue, he became fascinated by a small child walking by with a backpack covered in large pink spikes designed to resemble the anterior of a day-glo stegosaurus. I asked him why the narrator of his last novel Submission—a depressive literature professor in a France where a Muslim president is elected and universities reward faculty members who convert to Islam—eats so much bad sushi. "It's not so bad, it's just standard. It's pleasant enough."