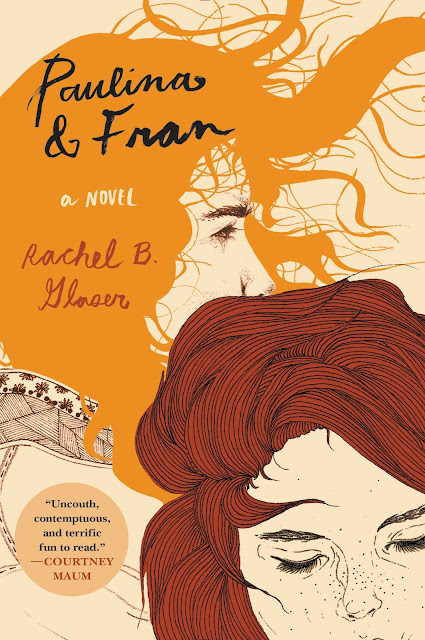 
Ennui turns to hysteria, and studies are cast aside, as a pair of American art-college students set out to get the guys


P
aulina and Fran are two American art students who form a brief friendship that seems to define their early life. Paulina is big (“curvy, or one could say sturdy, or even, as her enemies would say, chubby”), sexy, witty and cruel, while Fran is quieter and more subtly attractive: “There was something innovative in the layout of her face, but her expression showed no understanding of this.”


Of the two, Fran is more serious about her artistic aspirations, though this isn’t saying much. Paulina is a kind of female Don Juan. Her current focus is Tim; at a party she pushes him against a wall. “Everyone cheered and danced while she knelt before him, unzipping his fly. It felt wrong to watch, but Fran watched.”

Fran is told that “Paulina was a big lesbo at Smith,” the elite ladies’ college. “Just when it seemed like Paulina could not be more interesting to Fran, something like this would emerge.” Their unlikely liaison is cemented on a study trip to Norway. But when Fran takes up with Paulina’s discarded film student boyfriend, Julian, Paulina is livid. “If you took something of hers, it was never forgotten. You were never free.”
The college scenes sparkle with Glaser’s crisp portraits of the self-obsessed students. “Allison dressed like a Depression-era newsboy and read The Strangerduring breaks.” “Dean was as nimble and high-spirited as a teenage girl, and revered like a gay Christ.” The pupils seem completely detached from the world around them, as shown by a gleeful trip to the thrift store. “This depressive air empowered them … When the clothes fit, they felt they’d looted the lame, the poor and the dead.”
The mood among the art students is ennui, relieved by hysteria; everything of artistic significance has already been said. One student seemingly makes animal cruelty his speciality – to no one’s concern. A visiting, semi-famous artist warns the class, “Only one person in this room will make it in the art world.”
Fran is vapid and Paulina frequently monstrous. Their primary focus is lovers and male attention. “Sex with Tim continued to be … disappointing … but chasing Tim was electrifying and occupied [Paulina] like a job.” In Julian’s arms, Fran forgets about work entirely, and then so does he. Paulina, it’s true, has a sideline, but it’s only the maintenance of her curly hair, a theme that will become more significant with an odd plot turn. Even her thesis is on hairstyles through art history.
The college scenes form the first half of the novel, with the remainder taking the pair into the compromises and disappointments of adult life. It seems that the visiting artist did indeed place a “curse” on them: Fran only has a “visual arts-themed” job and Paulina finds her sociopathic charm and exhibitionism less effective in the outside world. Together they grope towards some kind of accommodation, if not redemption; and Glaser almost makes you care.

Narcissistic female arts students seem a trivial target for satire. If it’s meant as a portrait of a generation, it’s depressing to see where successive waves of feminism have ended up – though the male characters are also pathetic. Perhaps this is a case of the swot’s revenge, a warning to the sexy, popular girls who get all the guys: enjoy it while it lasts.