South and West: From a Notebook by Joan Didion review / Back to the future of the US 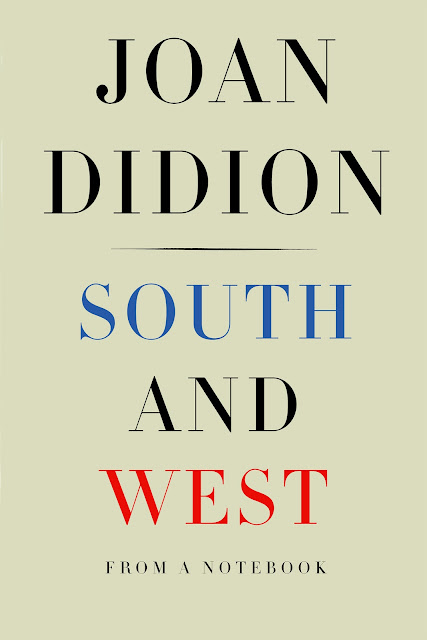 South and West: From a Notebook by Joan Didion review – back to the future of the US


I
n 1970 Joan Didion – a good novelist but one of America’s great essayists – sentenced herself to a hardship posting. She volunteered to spend a month aimlessly on the road in Louisiana, Alabama and Mississippi, thinking that her trip “might be a piece”. She never wrote the article; now, luckily, her notes have been unearthed, along with some later musings about California, where she then lived. The result is a little book with a chilling power of prediction. In the intervening decades, the isolated, somnolent rednecks Didion encounters – people who even back then before cable news fed on information that was “fifth-hand, and mythicised in the handing down” – acquired an inordinate political power because of demographic shifts; last year they had their revenge when, in collusion with rust-begrimed losers from the midwest, they elected a president.

Coming from California, Didion sees the south as a metaphorical landscape, America’s heart of darkness. In the west, the frontier ethic erased history and equalised people, but the south remains colonial, obsessed with disparities of “race, class, heritage”. Wilderness on the western plains and in the mountains is redemptive; in the south it is rank, malevolent, encroaching everywhere.

The tour begins with a death: in New Orleans, a woman slumps forward over the wheel of her car, which veers into a tree. Nobody but Didion pays much attention; she might be in “a pre-Colombian city”, where individual deaths hardly mattered, given the appetite of indigenous deities for human sacrifice. Or is this already a postmortem place? Didion watches old people on balconies in the French Quarter, staring as they gently creak in their rocking chairs. “They have mastered the art of the motionless”, and perhaps the chairs are imperceptibly rocking cadavers to and fro.
The atmosphere throughout is creepily gothic. Light is sulphurous, absorbed by the surfaces it strikes. The torrid, syrupy air is unbreathable. Alligators thrash in the bayous, snakes writhe in pits among the rustling skins they have shed, armadillo shells crackle underfoot. Algae breed in a motel’s concrete swimming pool, and a cigarette butt bobs jauntily in the chlorinated water. An old man with a hearing aid stands in the middle of a scorching street and fires a shotgun into the sky. Didion, more fearlessly reportorial than I’d have been, asks what he’s shooting at. “Pi-eagins,” he drawls. “In this one demented afternoon Mississippi lost much of its power to astonish me,” she comments. Latin American magic realism is here trounced by the crazed reality of the deep south.

No wonder Didion suffers from a sense of disorientation that leaves her feeling torpid, as if underwater: at one point she is so desperate for contact with mainstream America that she visits a shopping mall. Southern place names induce an existential bewilderment. Imagine if your address was Basic City, Mississippi, a town so baseless that it’s not on the map. Would you trust yourself to cross the Demopolis Rooster Bridge over the Tombigbee river? And how about driving down a thoroughfare called, in apt homage to the segregationist governor of Alabama, the George C Wallace White Way? American optimism is hard to crush, so another nowhereville in Mississippi is called Onward, with no exclamation mark. Nearby, somewhat unconvincingly, is a farm entitled Reality Plantation.

A steamy afternoon in a laundromat, where the other customers teach her how to cheat the dryer out of coins, convinces Didion that “all women are sisters in misery”. Despite this twinge of compassion, there’s enough catty snobbery here to explain why Trumptards resent the coastal elites who belittle them. Didion is exasperated by the southern habit of eating dinner before sunset, and amused by the need to smuggle liquor into teetotal country clubs. She admires a black girl with an afro and a clinging jersey whose deportment has an inimitable “NY-LA” haughtiness. The permed local beldames regard Didion with suspicion: she has “long straight hair, not seen in the south among respectable women past the age of 14”. I’d say she was lucky to escape a lynch mob of suburban housewives in curlers, fresh from the beauty shop.
Didion has two timely points to make about the region. One is that the civil war remains unfinished business, because southerners – who spend holiday weekends re-enacting its battles on the sites where they occurred – still dispute the outcome: hence the current fuss over Confederate statues. The second, in the aftermath of Hurricane Harvey, is that the sodden, swampy gulf and delta were never meant for human habitation. They belong to the winds and waters, which are welcome to them. Noticing the wreckage of recent tropical storms, including a rusty oil tanker broken in half offshore, Didion reflects that “the coast was reverting to its natural state”.
At last she scuttles back to San Francisco, though even there America’s innate instability haunts her. Tectonic plates grate along the San Andreas fault, sharks cruise beneath the Golden Gate, and the Pacific, as she ominously says, “still trembles in its bowl”. The south at least has blood on the ground, which gives it historical ballast; in the west the ground is abandoned altogether by blissed-out, irreligiously mystical individuals. Didion’s fears are more pertinent now than they were almost 50 years ago when she jotted them down. Is there no hope for the fractious, disunited US, with its schismatic geology, its mad weather, and its madder belief in its manifest destiny?