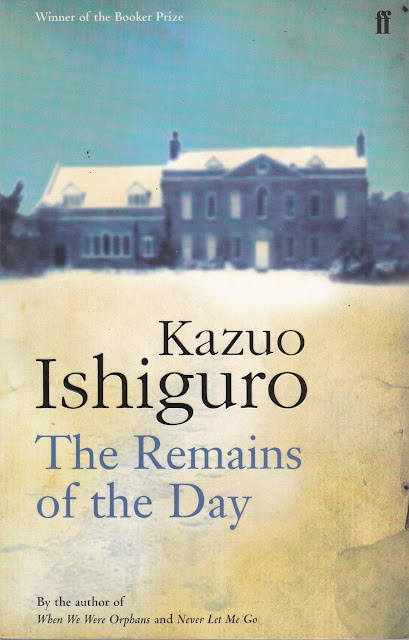 Kazuo Ishiguro: how I wrote The Remains of the Day in four weeks


M
any people have to work long hours. When it comes to the writing of novels, however, the consensus seems to be that after four hours or so of continuous writing, diminishing returns set in. I’d always more or less gone along with this view, but as the summer of 1987 approached I became convinced a drastic approach was needed. Lorna, my wife, agreed.


Until that point, since giving up the day job five years earlier, I’d managed reasonably well to maintain a steady rhythm of work and productivity. But my first flurry of public success following my second novel had brought with it many distractions. Potentially career-enhancing proposals, dinner and party invitations, alluring foreign trips and mountains of mail had all but put an end to my “proper” work. I’d written an opening chapter to a new novel the previous summer, but now, almost a year later, I was no further forward.

So Lorna and I came up with a plan. I would, for a four-week period, ruthlessly clear my diary and go on what we somewhat mysteriously called a “Crash”. During the Crash, I would do nothing but write from 9am to 10.30pm, Monday through Saturday. I’d get one hour off for lunch and two for dinner. I’d not see, let alone answer, any mail, and would not go near the phone. No one would come to the house. Lorna, despite her own busy schedule, would for this period do my share of the cooking and housework. In this way, so we hoped, I’d not only complete more work quantitively, but reach a mental state in which my fictional world was more real to me than the actual one.


I was then 32 years old, and we’d recently moved into a house in Sydenham, south London, where for the first time in my life I had a dedicated study. (I’d written my first two novels at the dining table.) It was actually a kind of large cupboard on the half-landing and lacked a door, but I was thrilled to have a space where I could spread my papers around as I wished and not have to clear them away at the end of each day. I stuck up charts and notes all over the peeling walls and got down to writing.
This, fundamentally, was how The Remains of the Day was written. Throughout the Crash, I wrote free-hand, not caring about the style or if something I wrote in the afternoon contradicted something I’d established in the story that morning. The priority was simply to get the ideas surfacing and growing. Awful sentences, hideous dialogue, scenes that went nowhere – I let them remain and ploughed on.
By the third day, Lorna observed during my evening break that I was behaving oddly. On my first Sunday off I ventured outdoors, on to Sydenham high street, and persistently giggled – so Lorna told me – at the fact that the street was built on a slope, so that people coming down it were stumbling over themselves, while those going up were panting and staggering effortfully. Lorna was concerned I had another three weeks of this to go, but I explained I was very well, and that the first week had been a success.

I kept it up for the four weeks, and at the end of it I had more or less the entire novel down: though of course a lot more time would be required to write it all up properly, the vital imaginative breakthroughs had all come during the Crash.
I should say that by the time I embarked on the Crash, I’d consumed a substantial amount of “research”: books by and about British servants, about politics and foreign policy between the wars, many pamphlets and essays from the time, including one by Harold Laski on “The Dangers of Being a Gentleman”. I’d raided the second-hand shelves of the local bookshop (Kirkdale Books, still a thriving independent) for guides to the English countryside from the 1930s and 50s. The decision when to start the actual writing of a novel – to begin composing the story itself – always seems to me a crucial one. How much should one know before starting on the prose? It’s damaging to start too early, equally so to start too late. I think with Remains I got lucky: the Crash came just at the right point, when I knew just enough.
Looking back, I see all kinds of influences and sources of inspiration. Here are two of the less obvious ones:
Advertisement
1) In the mid-70s, as a teenager, I’d seen a film called The Conversation, a thriller directed by Francis Ford Coppola. In it Gene Hackman plays a freelance surveillance expert, the go-to man for people who want other people’s conversations secretly taped. Hackman fanatically wants to be the finest in his field – “the greatest bugger in America” – but becomes steadily haunted by the idea that the tapes he gives to his powerful clients may lead to dark consequences, including murder. I believe the Hackman character was an early model for Stevens the butler.
2) I thought I’d finished Remains, but then one evening heard Tom Waits singing his song “Ruby’s Arms”. It’s a ballad about a soldier leaving his lover sleeping in the early hours to go away on a train. Nothing unusual in that. But the song is sung in the voice of a rough American hobo type utterly unaccustomed to wearing his emotions on his sleeve. And there comes a moment, when the singer declares his heart is breaking, that’s almost unbearably moving because of the tension between the sentiment itself and the huge resistance that’s obviously been overcome to utter it. Waits sings the line with cathartic magnificence, and you feel a lifetime of tough-guy stoicism crumbling in the face of overwhelming sadness. I heard this and reversed a decision I’d made, that Stevens would remain emotionally buttoned up right to the bitter end. I decided that at just one point – which I’d have to choose very carefully – his rigid defence would crack, and a hitherto concealed tragic romanticism would be glimpsed.


• Kazuo Ishiguro’s new novel, The Buried Giant, is out from Faber in March.