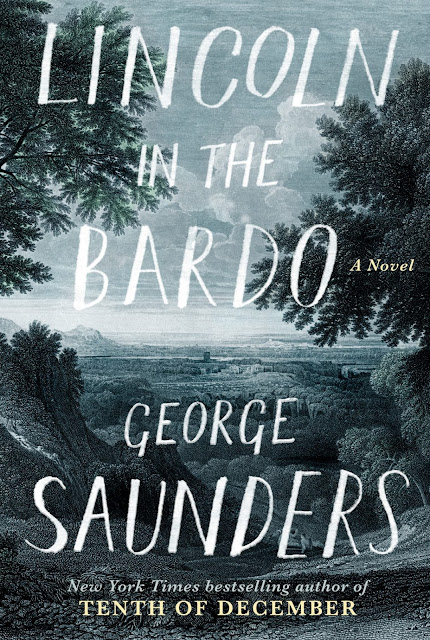 A grieving, restless Abraham Lincoln is drawn to the space between life and death in this superb debut novel from the writer better known for his short stories
Alex Clark
Sunday 5 March 2017 06.00 GMT


W
hen George Saunders won the inaugural Folio prize in 2014 for his story collection Tenth of December, I had the good fortune to interview him in the immediate aftermath. Charmingly open and expansive, he humorously recounted the false starts to his writing life without a hint of faux self-deprecation. Once, he told me, while still gainfully employed as a technical writer, he had written a Joyce-influenced novel about a Mexican wedding where he’d been a guest that had somehow grown to unmanageable proportions. He gave it to his wife, Paula, to read. After some hours, he saw her with her head in her hands. The novel was history.

A week later, he heard Paula laughing “with real sincerity” over some poems and doodles that he had made to amuse himself during conference calls at work. The answer came to him: he had left the fun out of his work. He stopped doing that, acknowledged the influences of Monty Python and Steve Martin, and wrote six story collections of inspired, hyper-real mayhem, including CivilWarLand in Bad Decline, Pastoralia and Tenth of December.
Now comes his first novel, which, at first sight, appears to have little of the satirically comic about it. It is the story of Willie Lincoln, the 11-year-old son of Abraham and Mary Lincoln, who died, probably of typhoid fever, in February 1862. His parents were devastated. Unable even to attend his burial, his mother retreated to her bed, where she remained under sedation for a prolonged period. His father, already beset by internal doubt and external uproar a year into the American civil war, was propelled by restless grief to walk the dark and stormy Georgetown cemetery where Willie’s body lay.

Out of this familial catastrophe – albeit one that was available for the scrutiny of a divided and loss-struck nation – Saunders conjures a breathtakingly agile narrative, a polyphony (and occasional cacophony) of the voices of the dead that surround Willie, and attempt to ease his passage through his final bardo, the transitional state between life and death defined by Tibetan Buddhism. Those voices, and Willie’s, come to us in snatches, usually brief, little bursts of subjectivity and consciousness tumbling over one another, sometimes conversing, sometimes interrupting, squabbling, contradicting. Occasionally, a chapter from what is called “the previous place” intrudes: eye-witness accounts, diaries, letters, newspaper reports, also frequently contradictory.

But this story belongs to the dead, even if they don’t think they are. We become aware that our two principal speakers, Hans Vollman and Roger Bevins III, believe themselves to be grievously injured, but still in with a chance of exiting their “sick-boxes” and returning to the lives they’ve lost, and thus determined to resist the temptation to transition into death. Vollman longs for the pleasures of his as yet unconsummated marriage bed, from which he was separated by a freak accident that has combined with desire to leave him, in his liminal state, with a colossally engorged member. Bevins, stricken with a change of heart minutes after slitting his wrists in a fit of romantic agony, is possessed by a heightened apprehension of the world’s beauties, and in the bardo has sprouted numerous pairs of eyes, ears and limbs.
The pair, often joined by an elderly reverend who, as we come to realise, knows more about the bardo than he’s letting on, find in Willie a cause for action, a distraction from the boredom of the cemetery that allows them access to greater empathy. This, it transpires, is Saunders’ primary intention in the novel: to take these whirling and disparate voices – miserly widows, violent grifters, drinkers, doting mothers, licentious young men, abused slaves (even in this realm cast into a less hospitable portion of the graveyard) – and unite them in their common humanity.
“These young ones are not meant to tarry,” says Bevins, but Willie himself is unsure, feeling somehow that his father would want him to stay within reach: “It is soon to be spring / The Christmas toys barely played with / I have a glass soldier whose head can turn / The epaulettes interchangeable / Soon flowers will bloom / Lawrence from the garden shed will give us each a cup of seeds / I am to wait / I said.”

In the ceaselessly shape-shifting world of the bardo, under periodic siege from recruiters from the world of the dead, who entrap the semi-dead with visions of their lost loved ones and with fast-growing tendrils of ivy, the material is a movable feast. In the “previous place”, the material is inescapable, as Abraham Lincoln reflects during his visits to Willie’s tomb; unable to prevent himself from opening the casket to hold his son once more, his mind is also assailed by the dead Union and Confederate soldiers piling up, mourned with equal intensity by their parents. Experiencing one’s individual bereavements as part of a greater community of loss is something that Lincoln begins to learn at his son’s tomb; in an extraordinarily powerful scene, we see the dead inhabiting his body, willing him to keep walking away from the graveyard, back towards life.

A practising Buddhist (he might well emphasise the practising, as he’s previously spoken of being a beginner), Saunders threads his fragmented narrative with many of the religion’s key tenets: the acceptance of flux; of relinquishing all attachments; of repetition and cycles; of the journey away from the self towards an indivisible whole. Yet his book is also profoundly worldly, committed to the accurate presentation of each voice, its particular context, its variations and sensibilities.

He could, of course, have written a book untethered to such large-scale historical reality; a grieving father is a grieving father. His spritely imagination could have whisked into existence his strikingly antic bardo and its inhabitants in any place, any time. But his revivification of Lincoln dramatises not only a general sense of the conflict between private and public selves, duty and inclination, doubt and resolve, but a very specifically American one. Lincoln in the Bardo was clearly conceived before the present circumstances, but it is nonetheless inflected with the tensions between the individual and the commonwealth that characterise the American psyche. Chronicling his attendance at a Trump rally in the New Yorker last year, Saunders described himself as “a sentimental middle-aged person who cherishes certain Coplandian notions about the essential goodness of the nation”, even if what he witnessed made him slump against a tree to recover. His first novel is a brilliant, exhausting, emotionally involving attempt to get up again, to fight for empathy, kindness and self-sacrifice, and to resist.
•
Lincoln in the Bardo by George Saunders is published by Bloomsbury (£18.99)
THE GUARDIAN