Ahead of 2017’s National short story prize, Jon McGregor reluctantly chooses ‘swoony’ work from recent years showing some of the ways to write them well

T
his summer, I read the entries for this year’s BBC National short story prize, and discussed with my fellow judges the vexed question of how the “best” might be identified.


This was both a pleasure and a serious challenge: the form of the story is so capacious and diverse that at times we were comparing apples and pears, or at least looking at an unfamiliar fruit and arguing over whether to call it an apple or a pear. (Rest assured, though: the challenge is not impossible. An apple is always better than a pear.) You can assess our choices after the shortlist is announced this Friday evening on BBC Radio 4. All five finalists will then be broadcast on successive afternoons on BBC Radio 4 (and made available on iPlayer) starting on 18 September.
But this challenge has been nothing against the request to choose stories to fit the title for this piece. Guardian, please! There are approximately 17m to choose from. Where do I even begin? Where are all the stories I haven’t read, or have loved and then unfaithfully forgotten? (I am a fickle and forgetful reader.)
This list, then, is not hierarchical or canonical. My choices are, simply, 10 tales from this century that I have read and that I think do something interesting or startling or just downright swoony with the form of the short story. Clicking on the titles will lead you to the stories themselves, if you haven’t already read them. I look forward to having my reading horizons broadened in the comments.


Sorry to be so predictable, but I do love George Saunders. With this story, and the rest of the collection it comes from, Tenth of December, he was clearly taking his gifts for voice, character, and satire, and pushing himself to do something much harder and more humane. This story starts awkwardly, in tune with its two gangly teenage protagonists, and stutters through a lovely character study to suddenly burst into an action tale and an unlikely outbreak of heroism. It also offers a dazzling response to the writer’s dilemma of whether to move to a happy ending or a sad ending. On the last page, you can see Saunders looking at the options he has created for himself and simply opening his hands a little wider and saying, ‘Yes, we’ll have both of those.’ 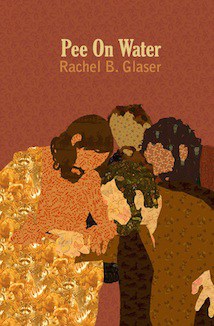 2. Pee on Water by Rachel B Glaser


This was my personal standout in the already very strong New American Stories, edited by Ben Marcus. I’m increasingly drawn to any story that has a more expansive sense of a story’s possibility than the “snapshot of life” model insisted upon by the Carver/Hemingway school. This story begins at the dawn of time and ends round about now, which is expansive enough for anyone, I feel. It also has beautiful sentences, and there are not enough of those in the world.


3. Then Later, His Ghost by Sarah Hall


This does one of my favourite things in a story: something you weren’t expecting. It’s an apocalypse tale, of which we seem to have had many lately and for which I am quite the sucker, but it’s a whole other and new form of apocalypse, wherein a howling wind rips everything loose from the ground. A real feat of imagination, and all the more terrifying for being set in the made-newly-strange streets of my Norwich childhood.


4. Fjord of Killary by Kevin Barry


Barry is great at drawing you quickly into the confidence of his voice; the first few sentences of any of his stories have that quality of strapping you in for the ride. “So I bought an old hotel on the fjord of Killary,” the narrator tells us at the outset of this one, and we can already hear the sigh in his voice. “It rained two hundred and eighty-seven days of the year, and the locals were given to magnificent mood swings.” We lean in, and listen on.


5. The News of her Death by Pettina Gappah


Five women talking in a hair salon while one of them has her braids done: this is all the narrative structure Gappah needs to build a complex social landscape, telling these women’s stories through perfectly pitched dialogue and delicately measured details. The recurring refrain that “Kindness is late” is brilliantly deployed, and the whole story quietly makes the point that hair is always political.


6. Thank You by Alejandro Zambra, translated by Megan McDowell


As is usually the case, I’ve only just started reading Zambra after years of being urged to do so. This story, of a robbery that starts off violent before fizzling out into a chat about football and a lift home, is told in a jarringly languorous and anecdotal tone, which both draws you in and leaves you uncomfortably dissonant.


This story, from The Iraqi Christ, published by the excellent Comma Press, is by turns terrifying and wonderfully banal. In Baghdad’s Green Zone, Hajjar keeps a rabbit while waiting to be briefed on an operation. The rabbit lays an egg. Things get stranger and darker, and Blasim lays his tale out with a wonderfully dry bar-room simplicity that makes the ending all the more explosive.


This recently won the White Review short story prize, and it’s not hard to see why. Written in a misleadingly offhand deadpan, Track covers seemingly familiar ground – an abusive relationship, a young woman adrift in the big city, the pitfalls of fame and money – at such an oblique angle that it demands repeated reading. It’s also very funny, and very sad.


I could have chosen any of the stories from Bennett’s debut collection, Pond – and in fact I would urge you to read the collection as a whole, its sum being, unusually, greater than the parts. I have plumped for this simply because it is so painfully funny. The narrator, “determined to host a low-key, but impeccably conceived, soirée”, details at great length her preparations and in the process reveals almost everything about her own hurt and loss. Bennett’s language is an ornate and long-winded riposte to all those pared-back minimalists, and I love it. 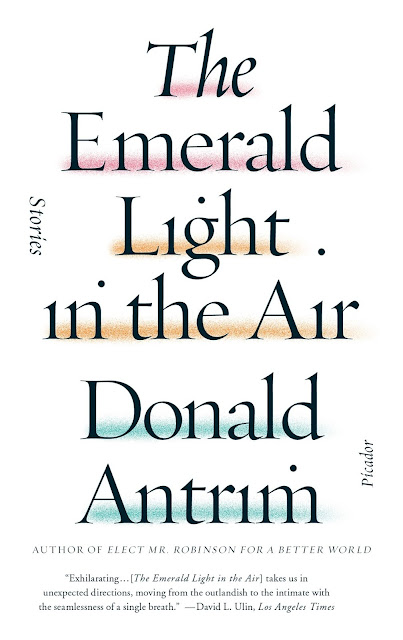 10. The Emerald Light in the Air by Donald Antrim


This is a stone-cold masterpiece, as you will see by following the link above. It proceeds with the strange and relentless quality of a dream or fable, while being almost macabre in its realism, and feels like the story Antrim has been writing towards for his whole career. The beauty of it is hard to pin down, but it has a finished and inevitable quality – which it’s occurring to me now could be called soul.

Posted by Ficciones at Wednesday, October 11, 2017