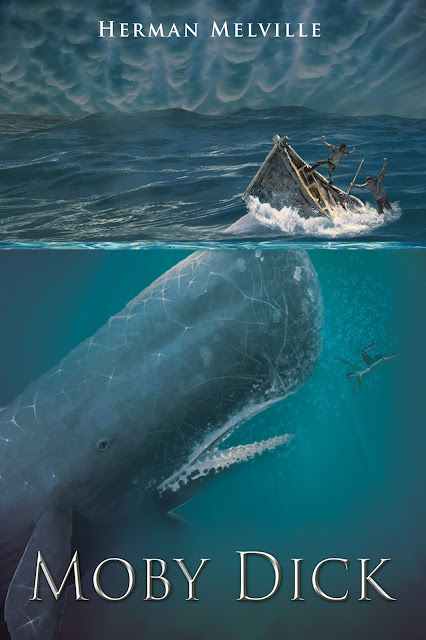 
O
n 5 August 1850 a party of writers and publishers climbed Monument Mountain in Massachusetts, during the American equivalent of a hike in the Lakes. Among the literati on this excursion were Nathaniel Hawthorne, 46, author of The Scarlet Letter (No 16 in this series), a recently published bestseller (although a term not yet in use), and the young novelist Herman Melville, who, after a very successful debut (Typee), was struggling to complete an unwieldy coming-of-age tale about a South Seas whaler.


Melville, who was just 31, had never met Hawthorne. But after a day in the open air, a quantity of champagne, and a sudden downpour, the younger man was enraptured with his new friend, who had "dropped germinous seeds into my soul". Rarely in Anglo-American literature has there been such a momentous meeting.
It was the attraction of opposites. Hawthorne, from an old New England family, was careful, cultivated and inward, a "dark angel", according to one. Melville was a ragged, voluble, romantic New Yorker from mercantile stock. Both writers had hovered on the edge of insolvency and each was a kind of outsider. 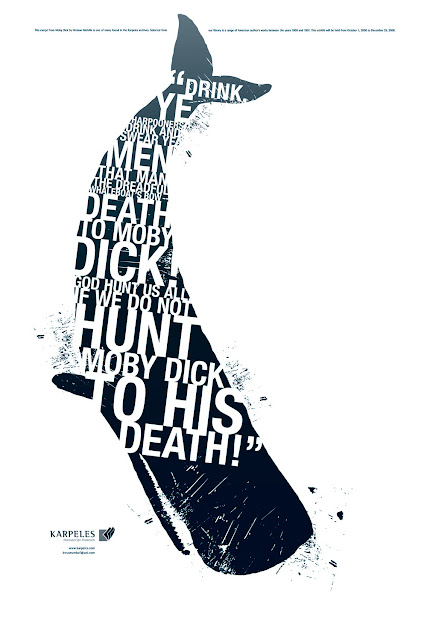 A fervent correspondence ensued. Melville, indeed, became so infatuated that he moved with his wife and family to become Hawthorne's neighbour. Thus liberated, fulfilled, and inspired to say "NO! in thunder, to Christianity", he completed Moby-Dick; or, The Whale, in the spring of 1851. After an early reading of the manuscript, Hawthorne acclaimed it in a letter that remains, tantalisingly, lost. All we have is Melville's ecstatic response ("Your heart beat in my ribs and mine in yours, and both in God's..."), and, subsequently, a dedicatory declaration of Melville's admiration for Hawthorne's "genius" at the front of Moby-Dick (the first edition hyphenated the whale's name).
So how homoerotic was this friendship? No one will ever know; it remains one of the mysteries of American letters. All we can say for certain is that, after climbing Monument Mountain, Melville adopted Hawthorne's idea of the "romance" as a mixed-genre, symbolic kind of fiction, and found his creative genius somehow released in the making of his new book. 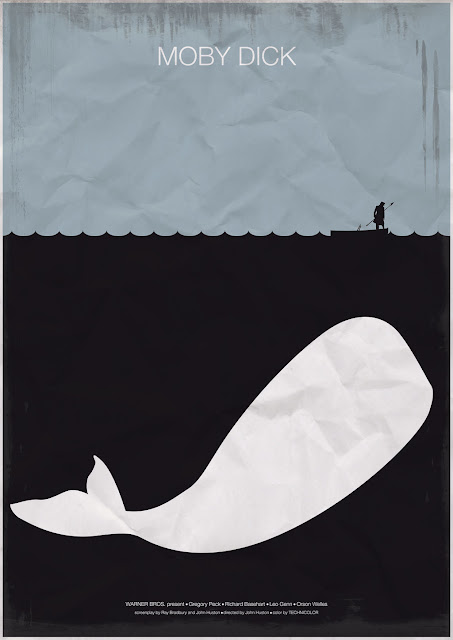 And that is everything, because Moby-Dick is, for me, the supreme American novel, the source and the inspiration of everything that follows in the American literary canon. I first read it, inspired by my sixth-form English teacher, Lionel Bruce, aged about 15, and it's stayed with me ever since. Moby-Dick is a book you come back to, again and again, to find new treasures and delights, a storehouse of language, incident and strange wisdom.
Moby-Dick is – among some fierce contenders which will appear later in this series – the great American novel whose genius was only recognised long after its author was dead. From its celebrated opening line ("Call me Ishmael") it plunges the reader into the narrator's quest for meaning "in the damp, drizzly November of my soul". 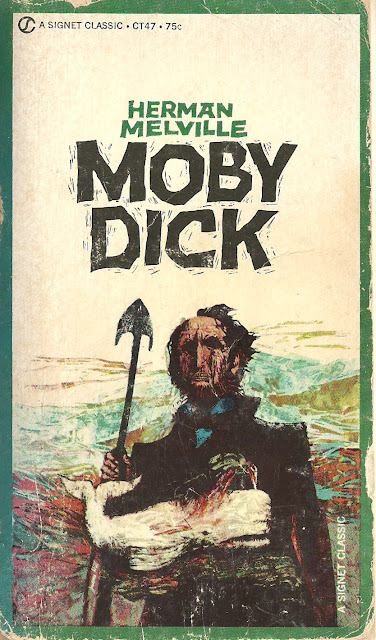 Ishmael is an existential outsider. What follows is profoundly modern yet essentially Victorian, spanning 135 chapters. It is a literary performance that is exhilarating, extraordinary, sometimes exasperating and, towards its apocalyptic climax, unputdownable.
When Ishmael ships aboard the Pequod, his own quotidian search becomes inexorably joined to the darker quest, in which the captain of the doomed whaler, "monomaniacal Ahab", sets out to revenge himself on the great white whale that has bitten off his leg. This "grand, ungodly, godlike man", one of fiction's greatest characters – "crazy Ahab, the scheming, unappeasedly steadfast hunter of the white whale" – is not only pursuing his nemesis, a "hooded phantom", across the ocean's wastes, he is also fighting the God that lurks behind the "unreasoning mask" of the symbolic whale. 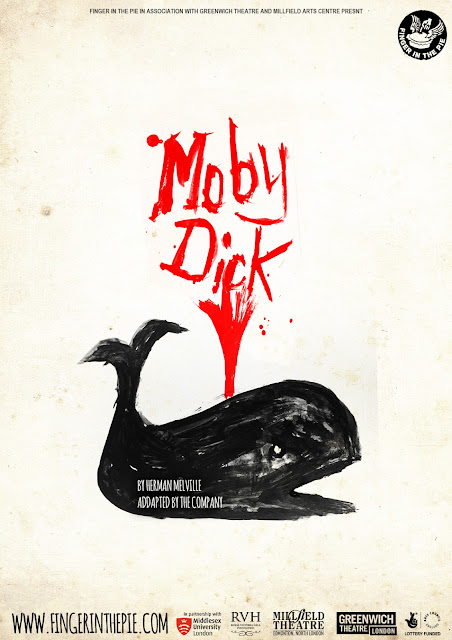 Eventually, a whaling expedition from Nantucket – something experienced by the young Melville himself – becomes the story of an obsession, an investigation into the meaning of life.
Next to Ahab and Ishmael, this massive novel is also rich in minor characters, from the tattooed harpooner Queequeg, the ship's mate Starbuck, Daggoo and Fedallah the Parsee – all told, a typically American crew. And so a "romance" (Hawthorne's term) inspired by the true story of the Essex, a whaler that sank when it was attacked by a sperm whale in the Pacific in November 1820, becomes like a terrifying (at times, intolerable) sea voyage, culminating in a thrilling three-day chase in which Moby-Dick destroys the Pequod. Ishmael survives to tell his tale by clinging to Queequeg's carved coffin. 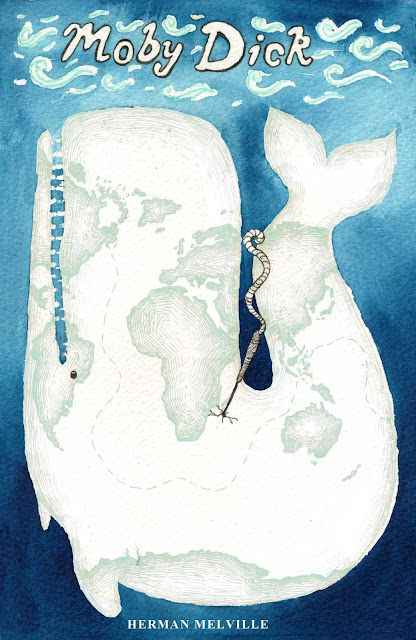 Moby-Dick is usually described, as I've just done, as an elemental novel in which the outsider Ishmael is pitted against the fathomless infinity of the sea, grappling with the big questions of existence. That's not inaccurate, but there's also another Moby-Dick, full of rough humour, sharp comic moments, and witty asides. "Better sleep with a sober cannibal", says Ishmael, when forced to share a bed with the tattooed harpooner Queequeg, "than a drunken Christian." For those readers intimidated by the novel's bleak majesty, I think the humour offers a good way in. 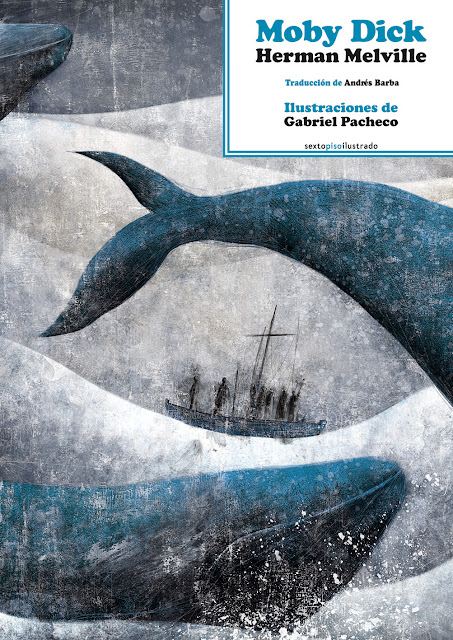 A note on the text
The pre-publication history of Moby-Dick has been the subject of endless scholarship, and provides a case study in Anglo-American co-publishing in the mid-19th century.
Melville, who was short of money, actually made his first contract for a new novel, then known as The Whale, with the British publisher Richard Bentley. But he kept the printing in New York so he could oversee the proofs, and wrote to Hawthorne, from New York, that he must "work and slave on my 'Whale' while it is driving through the press". In fact, he was simultaneously working on revisions to his manuscript and proofreading what had been set. 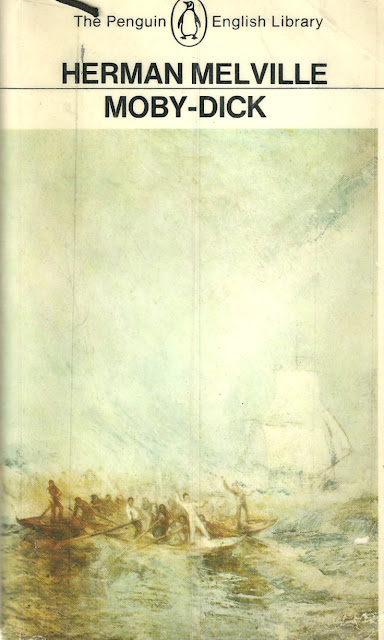 Meanwhile, Melville had still not yet settled a contract with an American publisher. As a result, the British edition would differ from the American in hundreds of small ways. The most important was the change of title. Rather late in the day, he wrote to Bentley: "Moby-Dick is a legitimate title for the book, being the name given to a particular whale who, if I may so express myself, is the hero of the volume."
Bentley seems to have been slow to respond. On 18 October, the English edition, The Whale, was published, in an edition of only 500 copies. Then, on 14 November, the American edition, Moby-Dick, (with its hyphenated title), finally appeared from Harpers. Almost as significantly, the US edition contained an "Epilogue", which explains Ishmael's miraculous survival and, thus, how the story of the great white whale came to be told. 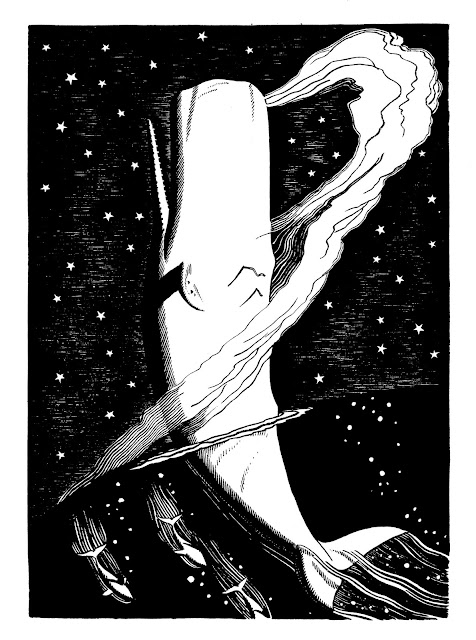 For some unknown reason, the epilogue is absent from the British edition. British reviewers were puzzled to read a book with a first-person narrator who apparently did not survive to tell the tale. Accordingly, the Spectator objected that "nothing should be introduced into a novel which it is physically impossible for the writer to have known: thus, he must not describe the conversation of miners in a pit if they all perish." Two other papers asked "How does it happen that the author is alive to tell the story?" The upshot was confusion, and poor English reviews. These, in turn, cast a shadow over the American reception of the novel. Melville's career never really recovered. He told Hawthorne in 1856, "I have pretty much made up my mind to be annihilated."
When he died, in 1891, Melville was virtually forgotten, with Billy Budd still in manuscript, unpublished. Today, Moby-Dick is, in the words of the Oxford Companion to English Literature, "the closest approach the United States has had to a national prose epic".
Other essential Melville titles
Typee (1846), Bartleby, the Scrivener (1853), Billy Budd (published posthumously, in 1924).
THE GUARDIAN