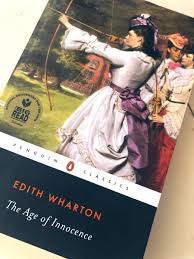 The Age of Innocence

Edith Wharton (nee Newbold Jones), who was born into a rich and distinguished New York family in 1862, is perhaps a great city's greatest novelist. From The House of Mirth (1905) to The Custom of the Country (1913) to her masterpiece The Age of Innocence, Wharton's subject was the changing scene of New York City, the foibles of its fashionable elites and the ambitions of the "new people" who, she felt, threatened its traditional culture. Wharton was also close to Henry James whom she described as "perhaps the most intimate friend I ever had, though in many ways we were so different". Together, from 1900 to the end of the Great War, the work of James and Wharton dominates American literature. 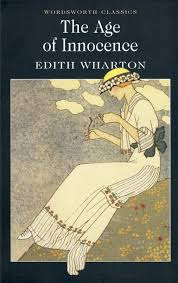 The Age of Innocence tells the story of a forthcoming society wedding, and the threat to the happy couple from the appearance in their midst of an exotic and beautiful femme fatale, a cousin of the bride. Newland Archer (the name makes a nod to James's heroine Isabel Archer) is a distinguished lawyer looking forward to his marriage to shy, lovely, sheltered May Welland. But when he meets Countess Ellen Olenska, scandalously separated from her European husband, a Polish count, he falls hopelessly in love and blights his marriage to May by failing to break off his relationship with the countess. Meanwhile, in a typical Wharton twist, Newland Archer's bride may be timid, but she is determined to marry her fiance and uses all the power of New York society to bring him to heel.The social tragedy of Newland Archer's unhappy union was informed by Wharton's own marital breakdown, a crisis brought on by her husband's acute nervous collapse. By 1913, however, Wharton was divorced and free to explore her gifts as a writer of fiction.
As with all her New York novels, The Age of Innocence makes an ironic commentary on the cruelties and hypocrisies of Manhattan society in the years before, during and after the Great War. Strangely, when it won the 1921 Pulitzer prize, the judges praised it for revealing "the wholesome atmosphere of American life and the highest standard of American manners and manhood". Today, while not as merciless in its analysis as The House of Mirth, Wharton's late masterpiece stands as a fierce indictment of a society estranged from culture and in desperate need of a European sensibility. This had been an issue for American writers since Washington Irving, Melville and Hawthorne. Some critics would say it remains unresolved to this day. 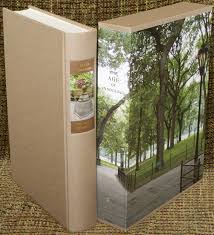 The Age of Innocence, Edith Wharton's 12th novel, which takes its title from a 1785 painting of A Little Girl by Joshua Reynolds, was first serialised in four parts during 1920 in the Pictorial Review. It subsequently appeared in book form from the American publisher D Appleton & Company of New York. In 1921, The Age of Innocence became the first novel written by a woman to win a Pulitzer. 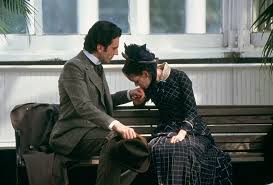 The book has inspired many film, television and theatrical adaptations: most recently, in 1993, Martin Scorsese directed a film version starring Michelle Pfeiffer as Countess Ellen Olenska, Daniel Day-Lewis as Newland Archer and Winona Ryder as May Welland Archer.