British soul singer Joss Stone is reported to have begun working on a campaign song for US presidential hopeful Barack Obama.

By Aislinn Simpson
8:13AM BST 12 Aug 2008
Devon-born Stone is said to have taken to her recording studio to ensure the song is ready for November's election battle between democratic candidate Mr Obama and his republican rival John McCain.
Mr Obama, 47, is apparently a big fan of the 21-year-old's work and is hoping her style will strike a chord with both black and white voters in America.
Miss Stone is already a household name in the US, where she spends up to nine months each year.
"Joss is a big supporter of Barack Obama and was very excited to be asked to do this for him," a source said.
"He sent a personal message asking her to get on board.
"He has always admired her music and thinks she is the perfect choice because of her unique appeal to black and white voters.
"She believes he is going to be the first black American president and she is honoured to be a part of that."
She joins a long list of American stars queuing up to be associated with the phenomenon dubbed "Obamania".
Film star George Clooney has thrown this considerable weight behind him, while R'n'B artist Alicia Keys and hip hop singer Jay-Z have dedicated songs to him.

Posted by Ficciones at Tuesday, August 12, 2008 No comments:

Joss Stone set for royal role in The Tudors 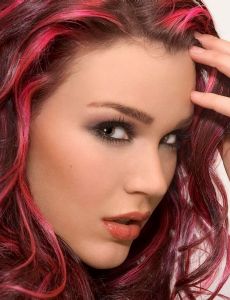 Joss Stone set for royal role in The Tudors

Singer Joss Stone is to play Anne of Cleves, fourth wife of Henry VIII, in the racy historical drama The Tudors.

The 21-year-old will appear opposite Jonathan Rhys Meyers' as the king in season three of the Emmy Award-winning TV show, according to the Hollywood Reporter. Joss Stone will play Anne of Cleves, Henry VIII's fourth wife
It is her first TV role, although she did recently grace the small screen as the Cadbury's Flake girl. Stone is keen to establish an acting career and made her debut in 2006 fantasy film Eragon. Her first starring role, in British film Snappers, hits cinemas later this year.
When it comes to the wives of Henry VIII, Anne of Cleves is the least glamorous of them all.
Henry chose her on the strength of a portrait – but was horrified to discover that she was much uglier in the flesh, and famously referred to her as the "Flanders mare".
The marriage went ahead in January 1540 but was annulled, much to Henry's delight, six months later.
They remained on good terms – unlike Henry and his next wife, Catherine Howard, who was executed for treason.
Stone will begin filming her role later this year.
The Tudors is currently in its second series and has been criticised for its lack of historical accuracy.
But Rhys Meyers has defended the show, saying in a recent interview: "We're not making a documentary for universities."
His Henry VIII is a sex-mad young royal, a far cry from the traditional portrayal. The actor insisted: "Having actors with an appealing look is what an audience demands today – especially when there's quite a bit of sexual activity involved."
THE TELEGRAPH

Posted by Ficciones at Tuesday, August 05, 2008 No comments:

Life and style / Emily Watson / Everything is in there

Emily Watson
Actress
"If I had to get rid of everything else, I'd keep the complete works of Shakespeare. Everything is in there."


Emily Watson, 41, was born in London. Her father was an architect, her mother a teacher. After studying English at Bristol University, she went to drama school. In 1996, she starred in Lars von Trier's Breaking The Waves, which gained her an Oscar nomination - she was also nominated for her portrayal of cellist Jacqueline du Pré in the 1998 movie Hilary And Jackie. Her other films include Angela's Ashes, Gosford Park, The Proposition and The Water Horse, now out on DVD. She is married to actor/writer Jack Waters, lives in London and is expecting her second child. 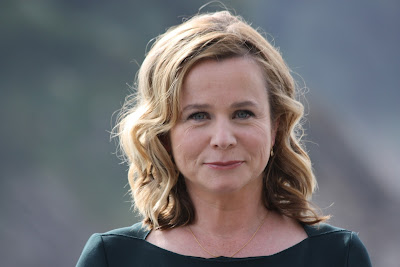 When were you happiest?
About half an hour ago, watching through the window as my dad and two-year-old daughter walked to the paper shop together.
What is your greatest fear?
Wild animals. I only discovered this when in close proximity to lions in the dark. I was on safari in Kruger national park in South Africa. Despite the assurances of our guide that they didn't know we were there, I felt I was on the verge of a very nasty end.
What is your earliest memory?
The garden at my grandmother's cottage in Dorset.
What is the trait you most deplore in yourself?
Selfishness. In my job, it's very easy to get used to being the centre of attention.
What was your most embarrassing moment?
Forgetting to wear deodorant to an awards show. I was boiling and incredibly nervous in a strapless dress with my arms clamped to my sides, until some kind soul decided to introduce me to the cast of Friends, who all wanted to shake my hand.

What is your most treasured possession?
My bed. When you travel as much as I do, the sense of sleeping in one's own bed is like nothing else.
Where would you like to live?
If New Zealand wasn't so far away, I'd live there like a shot.
Aside from a property, what's the most expensive thing you've bought?
Pound for pound, a truffle. I think it cost about £100, but we kept the label which says something like £2,000 a kilo.
What would your super power be?
To be able to skip long journeys and just beam the whole family up to the next gig.
What makes you depressed?
Rudeness.
What do you most dislike about your appearance?
Right now, I'm pregnant and growing visibly, which I am rather enjoying. Usually I have a constant battle with weight.
Who would play you in the film of your life?
Samantha Morton, of course.
What is your favourite smell?
Fresh mango, I think.

What is your favourite book?

If I had to get rid of everything else, I'd keep the complete works of Shakespeare. Everything is in there.

What is the worst thing anyone's said to you?
A director once told me I had anorexia of the imagination.
Is it better to give or to receive?
Is this a personality test? I hope I fail.
What is your guiltiest pleasure?
Cake.
What or who is the greatest love of your life?
My husband, of course.
What was the best kiss of your life?
Absolutely none of your business.
Which words or phrases do you most overuse?
I say 'brilliant' a lot and I probably don't mean it.
What is the worst job you've done?
Photocopying.
What has been your biggest disappointment?
The England football team - they never fail to disappoint.
If you could edit your past, what would you change?
Less worrying.
When did you last cry, and why?
I burned the carrots yesterday.

How do you relax?

What is the closest you've come to death?
As a child, I was saved by a neighbour from falling builders' rubble.
What single thing would improve the quality of your life?
More time.
What do you consider your greatest achievement?
I'm pretty proud of some of my work in film.
What keeps you awake at night?
My child.
How would you like to be remembered?
Fondly.

Posted by Ficciones at Saturday, August 02, 2008 No comments: