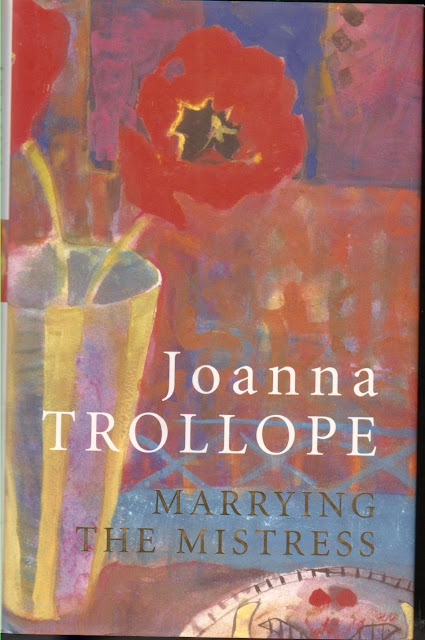 Marrying the Mistress by Joanna Trollope 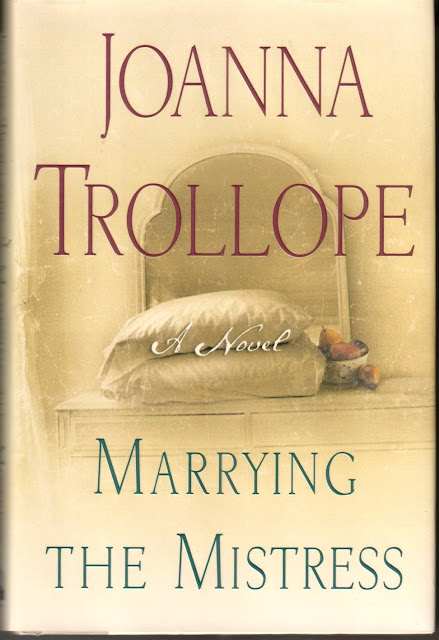 Merrion Palmer had a dull childhood in Wales. She remembered her mother, Gwen, taking away a monster bar of Toblerone chocolate once, but nothing else bad happened. Except her father dying. And her grandmother. But she left them some money, so that was OK.
As Merrion grew up, she was a little wild. She grew her hair and had a butterfly tattooed on her ankle. One day she didn't come home until six in the morning and had a violent row with her mother. As she was going through a wild phase, Merrion ran away to Bristol but went home of her own accord six days later. Merrion decided to study law and went to live in London.
One day after visiting her mother, Merrion found an old book of her father's. She read it on the train home. It was called Esprit de Corps and was by Lawrence Durrell. She collapsed with laughter when she read the story of the faulty typesetting machines in Cairo that omitted all the "c"s from "canal zone" during the Suez crisis. Despite the laughter, she still noticed Guy when he got on the train.

Guy was a gentleman. He wouldn't let her eat free peanuts in bars. "Whose fingers have been in there before yours?" he said. Guy was married. With children. And grandchildren who called him "Grando". "And he's a judge," she told her mother. "I'm in love."
Guy left his wife to live with Merrion. She met Guy's son, Alan. She met Alan's wife, Carrie, in a wine bar by Victoria station. The time had been vague, so it didn't matter that she just missed a train. Carrie had a dull childhood in East Anglia. Nothing bad happened. Except her mother dying. That was hard as Carrie had loved her. 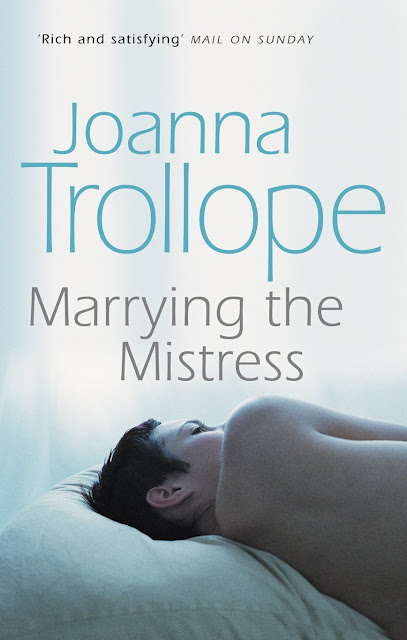 Merrion's mother, Gwen, came to London on a train. She brought her own sandwiches with her. She thought Guy was very goodlooking. "You're ruining my daughter's life," she told him. Gwen went home. She tried to keep herself busy and even took computer lessons. "Why's it called a mouse?" she asked. "Why's it called an icon?"
Guy phoned Gwen. "I'm coming to Cardiff," he said. Over tea in the Angel Hotel he told Gwen that he was not going to marry Merrion. And back in London he told his family that he was taking a job in the north, away from his wife and away from Merrion. "I'll recover," said Guy, "and Merrion will probably go on to be a very successful family law barrister and, hopefully, marry and have children, too."
And if you really are pressed: The digested read, digested:

Merrion's father died when she was young. Perhaps she was subconsciously looking for a father figure when she met Guy on a train while giggling over a rude word in her book. Guy left his wife. And then left Merrion.

Posted by Ficciones at Friday, February 11, 2000 No comments: