Life and style / Pamela Anderson / Sex, as often as possible

amela Anderson, 40, was born and raised in Ladysmith, Canada. Her father was a furnace repair man, her mother a waitress. Her modelling career began after she was filmed at a football game wearing a Labatt T-shirt. In 1992, she was cast as CJ Parker in the hit television series Baywatch, a role that made her a sex symbol worldwide. Her films include Barb Wire, Scooby-Doo, Scary Movie 3, Borat and Blonde And Blonder, which was written by her brother, Gerry. She is also the author of two novels, Star and Starstruck. She has two sons, and was recently married for the third time. She lives in Malibu. 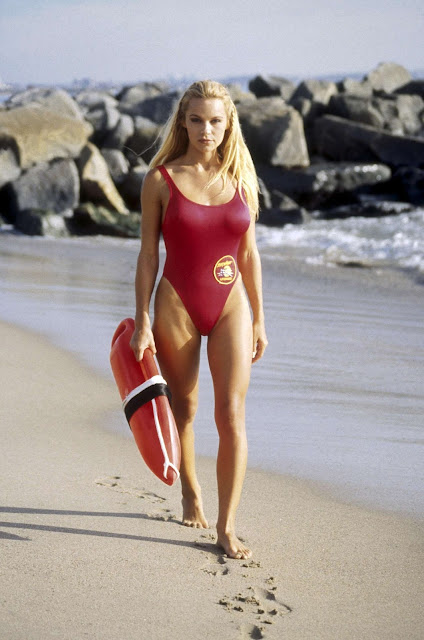 When were you happiest?
When Peta picked me to be on their first Times Square anti-fur billboard.
What is your earliest memory?
Trying to use a red jelly bean as lipstick.
Which living person do you most admire, and why?
Brigitte Bardot for defending animals and not caring what people say.
What is the trait you most deplore in others?
Greed.
What was your most embarrassing moment?
Not realising Ugg boots were made from sheepskin.
Aside from a property, what's the most expensive thing you've ever bought?
Every non-leather shoe Stella McCartney can cobble.
What is your most treasured possession?
My Linda McCartney Memorial Award for promoting vegetarianism.

Where would you like to live?
My family roots are in Finland and I've considered moving there and opening a strip club called Lapland.
What would your super power be?
Having people's mink coats come back to life to attack them.
What makes you depressed?
That people who call themselves environmentalists still eat meat.
What is your fancy dress costume of choice?
Elvira, Mistress of the Dark.
What do you most dislike about your appearance?
Being bald - I wish I didn't have to wear these big, blond wigs every day.
Who would play you in the film of your life?
Any drag queen will do.
What is your most unappealing habit?
Wearing high heels to bed - some people don't like getting poked.
What is your favourite word?
'Yes.'
What is your favourite book?
Committed: A Rabble-Rouser's Memoir, by Dan Mathews of Peta.

What or who is the greatest love of your life?


My dog, Star.
Is it better to give or receive?
Give, give, give.
What is your guiltiest pleasure?
Receiving.
What does love feel like?
Natural ecstasy.
What was the best kiss of your life?
When I first took Star to the beach.
Which living person do you most despise and why?
Anna Wintour, because she bullies young designers and models to use and wear fur.
Who would you invite to your dream dinner party?
Jack the Ripper and Anna Wintour.
Which words or phrases do you most overuse?
'Yes.'
What has been your biggest disappointment?
That after I collected countless signatures on a petition, the Queen's Guard still wear bearskin hats.
If you could edit your past, what would you change?
I don't have any regrets.

If you could go back in time, where would you go?


1920s Hollywood. No paparazzi yet - you could get away with anything!
How do you relax?
Sex.
How often do you have sex?
As often as possible.
What is the closest you've come to death?
I die laughing almost every day.
What do you consider your greatest achievement?
Diverting the ridiculous amount of attention heaped upon me to my activism with Peta.
What songs would you like to have played at your funeral?
Fools Must Die and Stop Your Sobbing, both by The Pretenders.
How would you like to be remembered?
By two simple words... any two words, as long as they're simple.
What is the most important lesson life has taught you?
Opportunity only gives you knockers once.

The Q&A / 2008
Life and style / Chimamanda Ngozi Adichie / Chinua Achebe's Arrow Of God,my favourite book
Life and style / Hugh Hefner / There was a moment when I was having sex with four Playmates

Posted by Ficciones at Saturday, January 19, 2008 No comments: