The naked truth about Tunick

Art lovers? ... thousands pose for Tunick's latest photo shoot in Mexico. Photograph: Ronaldo Schemidt/AFP
Criticise a popular artist like Spencer Tunick and you're inevitably accused of snobbery, but I'll come clean - I really don't believe anyone can mistake his sensationalism for art.
Tunick has just persuaded 18,000 people to strip off in Mexico City, for the latest in a series of mass nude photo shoots around the world. Well, good for him. He's got the publicity, and the participants doubtless enjoyed themselves, maybe even found it therapeutic.
But so what? Tunick's work isn't art, and no one who actually considered it for a moment would say it was. There's no interesting "thought" underlying his work nor is it a provocative challenge to what art is. His photograph-stunts are on the same level as a wacky advertising campaign. I find it contemptible the way Tunick is applauded for something so blatantly cynical.
I think many people secretly hate art. Not so long ago, it was perfectly respectable to express that loathing, at least for modern art, but nowadays art takes such a prominent role in our culture that most people feel obliged to pay lip service to it - yet the old loathing survives under the surface.
Why hate art? Because art is strange and alien. A urinal in a museum is peculiar but so is a marble sculpture of a nude Biblical hero. Duchamp's Fountain and Michelangelo's David remain odd, even when you think hard about them. There's never a moment when they become as accessible to us as, say, a good film or a gripping novel. Yet powerful institutions insist these are great works of art. The hatred of art wants to say: get lost, go away, this is just bizarre.
Ours is, after all, a world in which a couple of weeks ago, a column in the Guardian claimed the best exhibition in London is the V&A's Kylie show because it truly delivers the populism that "high art" (the example given was Gilbert & George) can only fake.
It seems to me that Tunick's fans are motivated - perhaps unconsciously - by a great revulsion at all the pretension and arrogance of high culture. Liking Spencer Tunick is a covert way of saying you hate art.

A record 18,000 people took off their clothes to pose for US photographic artist Spencer Tunick on Sunday in Mexico City's Zocalo square, the heart of the ancient Aztec empire.

Tunick, who has raised eyebrows by staging mass nude photo shoots in cities from Dusseldorf in Germany to Caracas in Venezuela, smashed his previous record of 7,000 volunteers set in 2003 in Barcelona, Spain.

Directing with a megaphone, Tunick shot a series of pictures with his Mexican models simultaneously raising their arms, then lying on their backs in the square, as well as another scene on a side street with volunteers arranged in the shape of an arrow.

Hundreds of police kept nosy onlookers away during the nippy early-morning shoot, and a no-fly zone was declared above the plaza.

One of the world's biggest and most imposing squares, the Zocalo is framed by a cathedral, city hall and the National Palace official seat of government, which is adorned with murals by Diego Rivera.

A ruined temple next to it was once the centre of the Aztec civilisation and was used for worship and human sacrifice. Spanish conquistadors used bricks from the temple to help build their own capital.

Some participants said the massive turnout showed that Mexicans, at least in the capital, were becoming less prudish.

Mexicans are not used to showing skin. Most men wear shorts only while on vacation, and women tend not to put on miniskirts because of unwanted whistles and stares.

"This event proves that really we're not such a conservative society anymore. We're freeing ourselves of taboos," said Fabiola Herrera, a 30-year-old university professor who volunteered to strip, along with her boyfriend.

The capital of the world's second-biggest Catholic nation, where tough-guy masculinity and family loyalty are held dear, has recently challenged some important traditions.

Also, gay couples are getting hitched in civil ceremonies thanks to recently passed laws in the capital, and lawmakers plan to debate whether to legalise euthanasia.

Not all Mexicans were impressed by the spectacle staged by Tunick, who was refused permission to hold his nude photo at the famed Teotihuacan pyramids outside the capital.

"They're losing dignity as men and women," said 63-year-old Armando Pineda, leaning against the cathedral and watching the now-dressed models leave the plaza. "It's an offence against the church."

The Mexico City metropolitan area is home to about 18 million people. 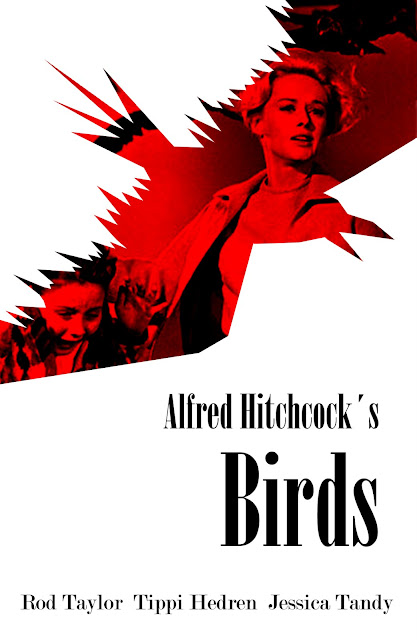 
Daphne du Maurier has often been dismissed as a writer of popular romances, yet her work is infused with hidden violence. To mark the centenary of her birth this month, Patrick McGrath relishes the dark side of her short stories


A
pparently Daphne du Maurier hated Alfred Hitchcock's adaptation of her story "The Birds". She was baffled as to why the great director had distorted it as he had. The difference between the story and the film is striking, though less in the depiction of the birds' inexplicably aggressive behaviour than in the characters who confront it, and where it all happens. At the centre of du Maurier's narrative is a part-time farm worker called Nat Hocken, and in the story his struggle to protect his family from the birds is set against a wild Cornish coastline where gales sweep across stark hills and fields and isolated farmhouses. The combination of bleak landscape and rustic characters lends an appropriately elemental tone to the tale, and this is missing from Hitchcock's version, with its placid northern California setting and the urbane city folk he casts as his protagonists. This may explain the author's dislike of the film.