Carlos Santana / This much I know / War is not the answer

Carlos Santana
"War is not the answer"

When you're late, traffic slows down. When you're early, everything speeds up.
Everybody's an artist, whether you plant potatoes or wash dishes or write poetry. An artist is someone who complements life, it's not just Picasso. Your family is a work of art. Your children are a masterpiece.
Ninety-nine per cent of life is God's grace and one per cent is personal effort. It's stupid to say, 'I Did It My Way.' Can you imagine dying and going to heaven and singing that song? The angels would leave you belly up.
If you have ever dipped yourself into a bath where the water's so perfect, you don't even feel hot or cold, it's perfect - that's what seeing angels is like. Then a voice tells you, 'Get paper and a pencil and write this thing down!' You get instructions: 'Be gracious, patient and grateful.'
I've been lucky to work with many shamans in my time: Wayne Shorter, Miles Davis, Herbie Hancock, Jimi Hendrix, and many women, too. Who stands out? John Lee Hooker was very deep, very powerful. Raw like an egg. No phoniness at all.
Death isn't the end, it's like another classroom. You finish one semester and you move on. What did you learn back there? Did you utilise your energy to complement life or take away from life?
You are individually accountable for what you think, say and do. We can't always blame white people or governments or religion.
You are responsible for what you attract in your life. If you're a good person, things come to you.
At the time of Supernatural, I did a lot of interviews about the killings in schools like Columbine. The last one was in Santana High School. There hasn't been a massacre since. To me, that's not a coincidence.

You can't make love if you're on the phone; you've got to hang up. That's the way music should be made.
When I play a solo on my guitar on stage, I close my eyes and I feel like I'm a baby in the womb.
The old way of thinking is 'seeing is believing'. The new way is 'believing is seeing'. And that's how we're going to change the world - with faith. It's going to take 25 years of earth time to change the world to the new millennium, where peace, light, love, joy, beauty, elegance, excellence, grace, dignity, innocence and purity is the new law.
You should think with your heart, man, not your mind or your pee pee.
I wash my thoughts in light. I chant 'Om', 'I am that I am' or 'nam myoho renge kyo'. It don't matter what kind of soap you use, but use some soap!
Not all hippies are dirty and lazy and want free love and drugs. Some are reincarnated American Indians - rainbow warriors - and they have a big agenda, like Desmond Tutu. We want to make a new bridge like the Golden Gate that the whole world can cross and on the other side there's peace on earth. That's not Peter Pan, man, that's real. And we're doing it day and day.

The Sixties did make a difference. We stopped Vietnam, we exposed Nixon, the Berlin Wall is down, Mandela is free and we have more 'Stop' signs in the street so children don't get killed.

It wasn't Ronald Reagan that brought the Berlin Wall down, it was Bob Marley. Reagan just took the credit. I mean this literally. Marley did a European tour in 1978 or 1979 and everywhere he went he drew about 70,000 people with no help from the press or radio or TV. Santana drew maybe 12,000, Led Zeppelin, 30,000, but Bob Marley, with no publicity at all - 70,000 strong. So that's why the Wall came down. The East Germans wanted to see Bob Marley.
Most of the time the government has the media in its pocket, and there's a lot of people in the press who are afraid to be unpopular. So the press takes things out in the editing room and gives you powdered milk. There's too much powdered milk, man, but where's the water and where's the real cow?
There is a one-world government right now: a government behind the government. Presidents don't have any power. When a president wants power, like Kennedy, they shoot him. George Bush doesn't even have the intelligence to read what they write for him.
Bush is not the solution. War is not the answer. An eye for an eye leaves the whole world blind.
I'm not alone. There's a lot of beautiful people.

Georgia May Jagger / ‘With modelling, sometimes you’re punky, other times girly and sweet’
Tom Jones  / I might have become a miner like my father
Tom Jones / ‘Fame allows you to release things that were already in you. It’s like drink in that respect’

Email ThisBlogThis!Share to TwitterShare to FacebookShare to Pinterest
Labels: Carlos Santana, Musician, Sanjiv Bhattacharya, This much I know 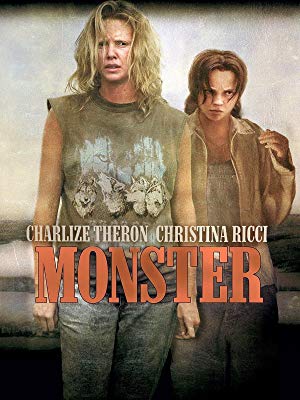 It’s got the energy of shocksploitation trash, the insights of shrewd psychological drama and, most importantly, it’s got a barnstorming performance from Charlize Theron


A
ileen Wuornos - prostitute, serial killer, superstar. The trajectory of her hideous career is completed by this sensationally watchable and superbly acted true crime biopic from writer-director Patty Jenkins. It's got the energy of shocksploitation trash, coupled with the insights of shrewd psychological drama. Most importantly, it's got a barnstorming performance from Charlize Theron, in full "ugly" makeup, as the killer herself: strutting, swaggering and sobbing her way to destruction.

Wuornos was the itinerant hooker with a history of poverty and child abuse convicted in Florida in 1990 for killing seven of her johns - at least - and who then spent the next 12 years in the shadow of the hangman's noose, or rather the lethal injection needle of Governor Jeb Bush. 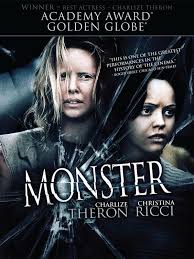 The two documentaries about Wuornos by British director Nick Broomfield, at the beginning and end of her time on death row, took very different views. The first was sympathetic to Wuornos's claims that she acted in self-defence, the second, 12 years later, looks askance at her final desperate abandonment of the self-defence claim; Broomfield suggested that she was suicidal and was effectively longing for the state to put an end to her misery.
Jenkins's fictional drama subtly negotiates with the self-defence theory in this movie, and Aileen Wuornos is not exactly a feminist icon. Some of her victims are certainly brutal rapists consumed with hate, who delight in abusing and assaulting prostitutes. Others, however, are muddled but decent men, who do not try to abuse Wuornos, and even try to help her. But in every case, the basic dynamic is the same: they are men with the money and power, and Aileen has none.
As time goes on, Wuornos realises what many male killers realise: that the furtive prostitute-client transaction makes things very easy for the committed murderer, and in her pathetic and resentful way, she glimpses the one thing she's talented at: being a serial killer.

Who would have thought that Charlize Theron would have been this successful as Aileen Wuornos? Her so-so performances in so-so movies like The Astronaut's Wife, The Cider House Rules, Sweet November and The Italian Job gave no hint of it. But having intensively studied the real-life Wuornos on tape, she gives an eerily clever and well-observed impersonation.
Brown contact lenses create the glassy, belligerent stare; prosthetics conjure the flaky skin. She does some scarily real "bring-it-on" body language, whipping her head to lash her hair out of her face, hunching her neck and squaring her shoulders as if her life is one long bar fight, occasionally baring her teeth in a heartbreakingly needy and vulnerable smile.
Having mastered the surface, Theron then burrows beneath it and ignites a technical firework display of acting which affords pleasures most stars are unwilling or unable to provide. Theron's gutsy Academy award-winning turn is a refreshing change from her milquetoast predecessors in the Oscar hall of mediocrity.
Her Aileen is a sad but harmless case until she conceives a passion for confused teen Selby, in which submissive and self-regarding role Christina Ricci is well cast. With romantic gallantry, Aileen sets up her lover in a hotel room and then a shabby apartment, and sets about earning money as a breadwinner, at first planning to give up prostitution.
She makes a wince-inducingly misjudged job application as a paralegal and the scene in which she shows up for an interview is an unwatchable masterpiece in grisly black comedy. Tragically keen to make a good impression, Aileen styles her clothes and hair in a ghastly, unconscious parody of how a respectable professional person is supposed to look. She is humiliatingly rebuffed by the lawyer who can't believe that this trailer-trash flotsam with her joke resumé has had the nerve even to soil his office. So Aileen returns to her old trade, which spirals into violence and tragedy.
One of the most skin-crawlingly horrible moments comes after Aileen has been forced to give a blowjob to a corrupt cop in some grim car-park in return for not being busted. Back on the street, numb with her habitual self-loathing and resentment, she glimpses, in the trash, a newspaper report of one of her killings. Without realising it, a grin of pleasure flits across her face. At last, it seems to say: some self-esteem. Some status.

Patty Jenkins demystifies and demythologises what her "serial killer" is. Aileen is not a Hannibal Lecter figure, fanatically obsessed with the psychotic method in the madness of repeated homicide. She is furthermore very different from Roberto Succo, the real-life Italian serial killer who defied French police in Cédric Kahn's recent movie.
Jenkins is not proposing Wuornos as an existential heroine whose career is an anarchic rebuke to the settled order of things. She is an ordinary person who rationally assesses the advantages in killing, and then allows it to become a habit. The gender reversal is key to this. A male serial killer who murders prostitutes may indeed do it for the pleasure; Aileen has to do it for the money, and kills with the same weary, faintly panicky distaste that she sold sex.
Wuornos is, above all, poor. She comes from a world little shown in the movies, in books, on television or anywhere else: the unglamorous, hardscrabble world of having no money and no love, living in a mean world below the breadline.
In this desperate life, Aileen and Selby's affair is all the more pitiable and even tragic, given that poor Aileen, whose dozens of killings can't efface the stain of her victimhood, is doing it all for her lover. Patty Jenkins's movie has a tough, illusionless clarity coupled with a gripping sense of drama. It's the work of a natural film-maker.
THE GUARDIAN