Sweet like chocolate / Willy Wonka and the Chocolate Factory

Adaptation of the week

Sweet like chocolate: Willy Wonka and the Chocolate Factory

Andrew Pulver
Saturday 11 September 2004
Author: Roald Dahl (1916-1990) began his prolific writing career after being invalided out of the RAF during the second world war, and being posted to the US. His first book, The Gremlins (1943), became a Disney film. In 1960 he moved back to England, and started writing in earnest, with James and the Giant Peach (1961) becoming his first significant success. Charlie and the Chocolate Factory - inspired, so he said, by being used as a test consumer by the nearby Cadbury’s factory while at school in Repton – was published first in the US in 1964. A string of successful children’s books followed, including Fantastic Mr Fox (1970), Danny: The Champion of the World (1975), The BFG (1982), The Witches (1983) and Matilda (1988). He died of leukemia in 1990.
Story: Dahl’s children’s fantasy tale is set in an un-named town that’s recognisably English (and still suffering the after-effects of war and rationing). Poverty-stricken child Charlie Bucket is one of five winners of a competition to visit the chocolate factory run by the mysterious Wonka. The factory tour introduces them to a string of bizarre confectioneries (Everlasting Gobstoppers etc) as well as the Oompa-Loompas – the pygmy-sized workforce. But the fairy tale becomes a cautionary one as Charlie’s fellow competition winners are consigned to humiliation for indulging in Dahl’s pet hates - eating too much, chewing gum, being grasping, and watching TV. Charlie is then handed ownership of the factory by Wonka as the “winner”.
The film-makers: Mel Stuart (b 1928) was originally a TV documentarist, and was told about the book by his 11-year-old daughter. The $1.8m budget was raised from Quaker Oats, who were planning to market a chocolate bar around its release. Dahl wanted Spike Milligan to play Wonka, but he was considered too much of a risk for the US market. Gene Wilder, hitherto best known for his role in Mel Brooks’s The Producers (1968), was cast instead, opposite a group of unknown child actors. Anthony Newley and Leslie Bricusse wrote the songs. 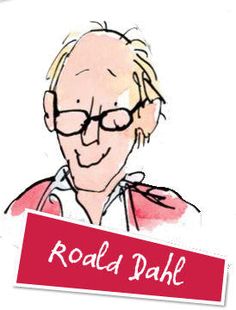 How book and film compare: The film is first and foremost a children’s musical, with catchy tunes such as The Candy Man Can and Oompa Loompa. Though the setting remains physically similar, the film is considerably more transatlantic than the book, with most of the principal cast being American. (Augustus Gloop, the glutton, is German; Veruca Salt, the spoilt kid, is English.) The film added two significant plot elements: the sinister figure of Slugworth, who tries to persuade each child to tell him the secret of Everlasting Gobstoppers; and Wonka’s threat to expel Charlie along with the other children after he samples the Fizzy Lifting Drinks. The film transforms Dahl’s story into a classic of pop-art kitsch, with costumes, design and lettering all contributing to an extravagantly imagined work. But the author was vocal about his unhappiness with Stuart’s changes.
Inspirations and influences: The success of previous children’s musicals like Oliver! (1968) and Chitty Chitty Bang Bang (1968) - on which Dahl had worked - meant that a market for this movie appeared assured. But it failed at the box office, and it wasn’t until the advent of video in the early 1980s that its bizarre stylings were rediscovered. Director Tim Burton was particularly affected: he is currently directing a remake of this film, having produced an animated adaptation of another Dahl book, James and the Giant Peach, in 1996.
THE GUARDIAN

Posted by Ficciones at Saturday, September 11, 2004 No comments: