Natalie Wood / 'No one could lose control like her' 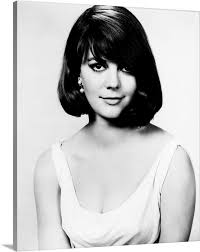 
Her dad was a drunk. Her mum ignored her if she failed an audition. So Natalie Wood found happiness in movies - and men. Gavin Lambert on the rise and fall of the 'wonder child'

F
irst of all, she was Russian; and the great acting teacher Stella Adler once commented on the uniquely Russian "extreme sensibility of reacting, caring, feeling". Natalie Wood's parents, who fled the 1917 revolution with very little money and no prospects, first met after they settled in San Francisco. It was a flammable match between two very different emotional extremists: Maria Gurdin had one ruling passion, to create a future for herself through her daughter, whom she admittedly "raised to become a movie star". Nicholas Gurdin, basically gentle but weak, was fixated on a past that the revolution had forced him to leave behind. The more he lamented it, the more he drank - and erupted with violent rage.