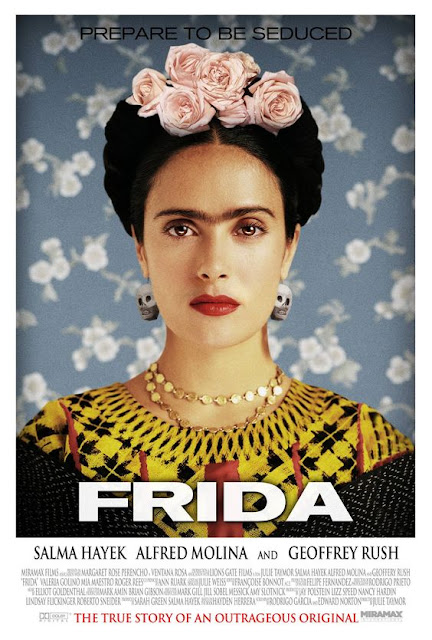 Long in gestation, the Frida Kahlo biopic, produced by and starring Salma Hayek, finally reaches our screens, bearing with it an Oscar nomination for best actress. Was it worth the wait? Well, it's pretty stodgy stuff, by and large, that covers all the expected bases, distilling Kahlo's relatively short, incident-packed life into the conventional parameters of the artist biography - lots of wine-drinking, dramatic gestures and arguments about communism. Director Julie Taymor takes considerable pains over small, animated interpolations that briefly illustrate and draw on Kahlo's own work; however impressive these are, though, they're not enough to offset the heaviness of the rest of the film. 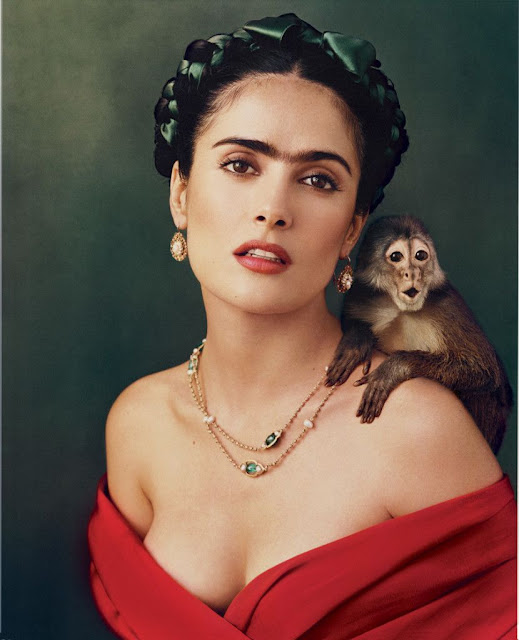 Kudos must go to Hayek for persisting with the project over a number of years, and she is generally relaxed and effective in the lead role. She is still let down by her rocky English, unfortunately; as hard as she tries, the jokier lines just sound lame. Alfred Molina does a big bear of a performance as Diego Rivera, Kahlo's eternal foil, grabbing every line as if his life depended on it. Geoffrey Rush, on the other hand, does a terrible cameo as Trotsky, complete with one of those awful movie R-r-r-ussian accents.
But this is still a substantial film, its story told with economy and clarity. And Taymor makes much of what opportunities there are for distinctive design, what with carefully arranged Mexican interiors, Kahlo's affectation for traditional dress, and picturesque incidents aplenty. Kahlo's iconic value - both as a poster girl for 1980s western bohemianism and for Mexico's own sense of pride - is well established, and the movie doesn't let them down.

Posted by Ficciones at Friday, February 28, 2003 No comments: