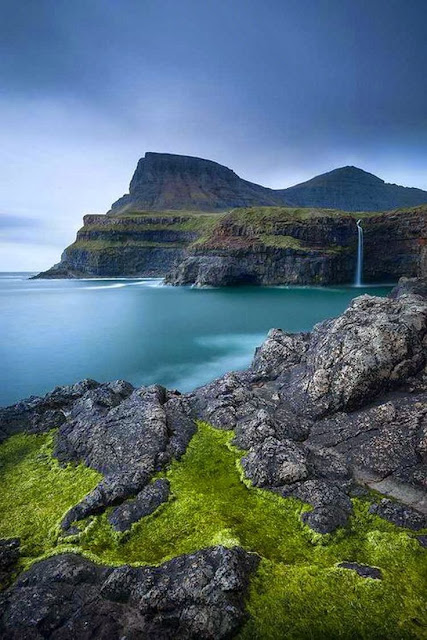 I have always been on the move like a Scandinavian nomad in an unknown tribe, doing serious writing wherever I happened to be. When I was very young, I remember once living clandestinely in an empty apartment in Stockholm. There were no lamps in the flat. The only light I could find was when I opened the oven. Fine by me. I used the oven as a table, put my typewriter there and had all the light I needed.
Everything is possible. I still remember in 1992, writing The White Lioness in Maputo, east Africa. I lived in a small room where I was surrounded by other small rooms, and - I counted them - seven radios, playing loudly, but tuned into different music stations. It happened that I, maybe once a week, lost my temper and asked them if they at least not could choose one programme to listen to. Everyone was very understanding; they turned off the radios completely for 15 minutes and then it started all over again.

I loved my neighbours. And I wrote the novel. So I think I can write almost anywhere. I can never excuse myself for failing in my work by blaming the room, wherever or whatever it may be. 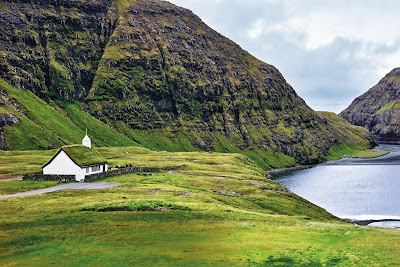 But perhaps this is not completely true. There is an exception to this rule. There is a sacred spot somewhere in the world. I spend time in this sacred spot and I must admit that I sometimes long to go there. On the other hand, I am always afraid to lose my independence. I can not fall in love too much with that little house.
North of the island of Gotland, this very rare and magic island in the Baltic, some 35 minutes' flying time from Stockholm, there is another island, even smaller. Its name is Fårö - meaning Sheep Island, and it is separated from Gotland by a firth where there is a ferry. This island has a magical landscape - it could be Ireland, the Hebrides or even the bush in north-eastern South Africa. All by itself on the eastern rocky beach is a small wooden cabin. It was originally built in the 1930s by a man who used to hunt during the winter season. Today, I can occasionally use it to live and work in. The cabin is situated some 30 metres from the sea. When the wind is strong, the salty waves almost reach the windows.

In this cabin, there is a kind of emptiness that is strange, rather impossible to explain. When I enter, I have a feeling that someone has just left, even though the house may have been abandoned for months. I am not talking about 'ghosts'; it is more the feeling that this cabin is breathing. But what is really magical about this cabin is that the mostly fictional characters I write about seem to like the cabin as much as I do. In just a couple of days, they fill the room with their voices. They share my bed, my food and they walk with me on the beach.
It took me some years to realise that this cabin is good when I have something really difficult to write. The house is a masterly servant. So I am happy that this cabin exists. And that I occasionally can use it. Among all the various rooms where I write, this little cabin is the centre that does not move, that is always there.
By the way, the owner of the cabin is Ingmar Bergman, who happens to be my father-in-law. As far as I know, he has never done any writing there.
· Henning Mankell's prize-winning Inspector Wallander thrillers consistently top European bestseller lists 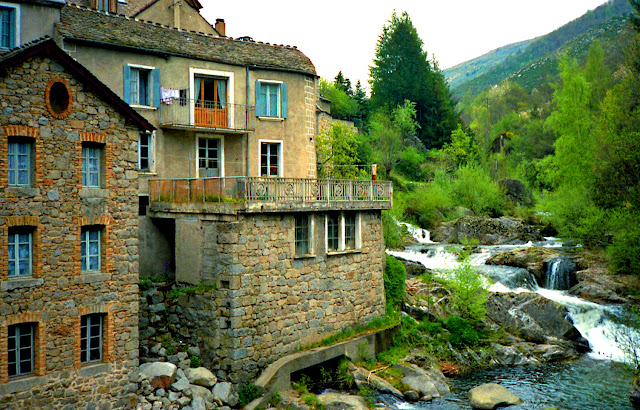 What I need to write well is a combination of heat, light and solitude. My first experience of southern heat and light was when I was au pair to a French family in a vineyard on the hot plain near Nîmes. We now spend our summers in a tiny house in the Cévennes, not far from Nîmes, but in very different country. There is ridge after ridge of craggy mountain hillside, all densely wooded with oaks and chestnuts up to the bare stony mountaintops, where the flocks of sheep spend the summers.
The mountains were eaten bare by the sheep before the 18th century and the trees are the work of one imaginative man called Fabre, who replanted huge areas of mountainside. I like it here because the sheep and the uplands remind me of the Yorkshire moors, the magical landscape of my childhood holidays. But this is on a grander scale and it is mostly very hot and bright.

Our house is on the edge of a village. We have two bedrooms and a living room - the house is the converted carriage shed of the house opposite. When we came, it was infested up to its upper balcony with a dense jungle of brambles, nightshade and bryony. It had been empty for 11 years. We cleared the land with machetes and, after much soul-searching, cut down a 100-year-old mulberry and built a pool and a terrace in front of our door.
The terrace looks down on to our own patch of rough hillside, going down steeply to a river which moves fast and has been known to rise five metres. I sit on the terrace and write, in a kind of bowl of bright blue light, staring at the edges of the mountains, which are never the same for half an hour - sometimes vague and misty, sometimes bright green and gold trees, and at night a black silhouette against the stars, the crest of a line of conifers, the knife-edge of a ridge like a lizard's back.
I've become a creature of routine, here in the sun. I get up early, walk to buy the bread, in the grey morning, take a walk round the hillside for an hour, climbing up under trees, passing a collection of goats and geese, saying good morning to the same six or seven people. You can think writing out on foot, the rhythm is good for thinking. Then I sit at a metal table in the weather, and write furiously - longhand - until I need to stop for lunch. I have a large number of stones and a monstrous fossil which I carry out ceremoniously to hold the papers down.

The weather here is extreme whatever it is doing. If it is hot and still, you can see the heat shimmer. But there are sudden tempests of wind, which rattle in from nowhere, and pages fly up and over the edge of the terrace and whirl away in the river. I get more patient as I get older. Bad weather here is unworkable in. The storms bang in one's head, and all electric things - computer, telephone, television - have to be turned off.
We had a summer hailstorm so violent once that huge pieces of ice came down an air vent and mashed up the Collected Letters of Arthur Henry Hallam which I'd borrowed from the London Library. There is nothing to do in bad weather but endure. I sit on my bed and read Terry Pratchett and watch the trees bend and hurl themselves about.
In the afternoons, I sleep, and then I swim, and then I read, and then I walk down to the local auberge and eat dinner in a courtyard under great trees (cedars, palms, a lime.) In our early days here, we used to shop for delicious food in the local market and make meals to eat by candlelight. Now I've got it down to essentials - I've not got so long left to write books in - and I never cook. Salad and sheep's cheese and melon for lunch. Delicious mussels and omelette aux cèpes and poulet aux ecrevisses cooked by a good friend in the evening - and I can go on working over dinner. I carry a bag of books down with me and read German with a dictionary before the food arrives and then useful research books with the meal. I have my own bottle and drink a glass or two with my dinner.
I've got the solitude right too. No house parties, no visitors. We do have another small house at the other end of the village where the family can stay and cook and play table tennis and go for walks and come up the river to swim in the pool. My main problem is people feeling sorry for me when neither my husband nor my family are here. They come in and invite me to social gatherings, and I stare wildly at them with my head full of uninterruptable strings of words I must remember, and ideas I must keep hold of, and stammer that I like being alone, I need to be alone. But they don't quite believe me. They think I must be sad when I am fiercely happier than I have ever been.
· AS Byatt is the author of many novels. Possession won the Booker Prize in 1990
THE GUARDIAN