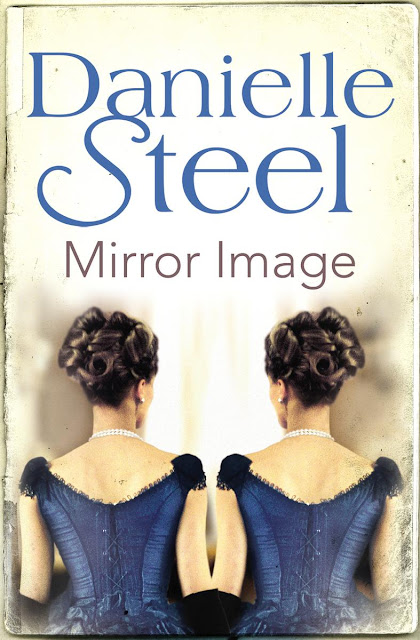 I am half the mirror as you will see. My name is Olivia and I am a beautiful, upper-crust twin. We are identical twins, Victoria and I. Not even our bewildered widower of a father can tell us apart. Even after 20 years. And in spite of our radically different personalities. And dress. And manner. And way of speaking. Some say he is blind or dumb or that it is a novelistic cliché anyway, but he really is dumbfounded by our sameness. Truly. If I keep on going, will you believe me? Seriously, I can say it again!
Daddy wanted his children to run his old steel mills for him but we're women and this is the early 20th century so all those petticoated, middle-class women's libbers haven't made any changes yet. Don't tell Victoria I said that - she's my other half, the racy, adventurous one. I am as timid and chaste as a virgin, she is as pure as the driven slush. I, one half of the mirror, she the other. M-i-r-r-o-r I-m-a-g-e. Do you see it now? Are you sure? I can spell it out if you wish, dear casual reader! She married the man I loved. Bitch. Daddy made her do it - she kept on having affairs with rich, handsome men. Which is fine in itself, but they were all married. Daddy said she'd scandalise the family name. So we tied her up and made her marry the most boring, backward, penny-pinching lawyer we could find. His wife had conveniently died on the Titanic. He didn't know what she was doing on it. Travelling to America by herself for God's sake! It's the stuff of trashy bestsellers, not the stuff of life. Anyway, Victoria could never quite suppress her rebellious urges - she attached herself to any passing project that demanded a leap of faith. She wanted to join that big war outside the window. It did look tremendous fun! So, tally-ho, off she went like a bullet. Of course, we couldn't tell papa or her husband so I took her place.
Our father dies (I watch him do so, fighting back the tears). We both fall pregnant - Victoria, the little demon, by another man. I give birth to twins (and yes, you guessed it, they're identical girls). But Victoria dies. What did you think this was - a bloody fairy-tale?
• And if you really are pressed: The digested read, digested Remember, sleepy reader, appearances can be deceptive. Identical twins can be completely different. Like a mirror-image. One wants to have babies by her twin sister's husband. Confused? You will be. Just don't ask about the movie rights...
THE GUARDIAN

Posted by Ficciones at Friday, January 14, 2000 No comments: 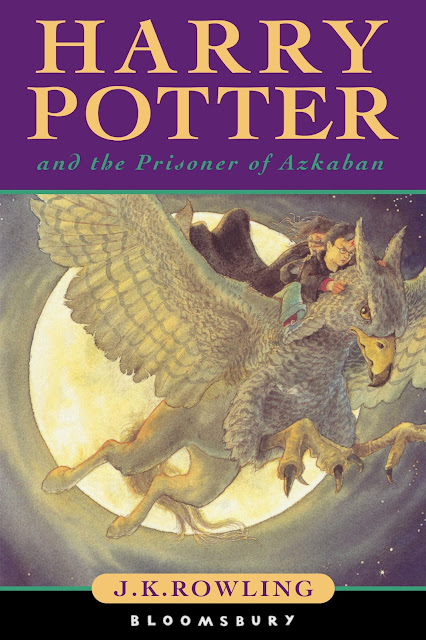 Harry Potter and the Prisoner of Azkaban by JK Rowling

Harry Potter and the Prisoner of Azkaban by JK Rowling (Bloomsbury, £10.99), digested in the style of the original


Harry Potter was not normal. For a start, he hated the summer holidays. An orphan, he was forced to stay with horrible Uncle Vernon and Aunt Petunia and their fat son Dudley. They hated Harry for being a wizard. They were Muggles, non-magic people, and did not let Harry mention anything to do with his beloved Hogwarts School of Witchcraft and Wizardry.
'Your parents were bad eggs,' said Aunt Marge, another nasty relation, one night. 'And look how they burdened their decent, hardworking relatives when they died!' Harry snapped. It was forbidden by the Ministry of Magic to cast spells outside school, but he couldn't resist. Aunt Marge inflated like a giant salami...

Harry fled the house and caught a Knight Bus, a service for stranded wizards and witches. It took him to London, where he stayed at the Leaky Cauldron and learnt that Sirius Black, a murderer imprisoned in Azkaban fortress, had escaped. Worse still, Black was heading for Hogwarts to kill Harry. He wanted to avenge the death of 'You-Know-Who' - evil Lord Voldemort - whom Harry had killed to avenge the death of his parents (see earlier Harry Potter books). Harry also learnt that Black had been his father's best friend - until he betrayed him to Voldemort.

Harry fled the house and caught a Knight Bus, a service for stranded wizards and witches. It took him to London, where he stayed at the Leaky Cauldron and learnt that Sirius Black, a murderer imprisoned in Azkaban fortress, had escaped. Worse still, Black was heading for Hogwarts to kill Harry. He wanted to avenge the death of 'You-Know-Who' - evil Lord Voldemort - whom Harry had killed to avenge the death of his parents (see earlier Harry Potter books). Harry also learnt that Black had been his father's best friend - until he betrayed him to Voldemort.
When term began, everyone feared for Harry's safety despite the presence of Dementors, Azkaban guards who suck out people's souls. Harry was just happy to be back with Ron and Hermione, even if Hermione's cat kept attacking Ron's rat Scabbers. A great new teacher, Professor Lupin, taught them how to ward off Boggarts, shape-shifters that become whatever you most fear.
Harry was forbidden to leave the castle while Black was on the loose. But using his Invisibility Cloak, Harry, Ron and Hermione sneaked out to visit their friend Hagrid. He was sad because Buckbeak, his pet Hippogriff (half horse, half eagle), had been slaughtered. On the way home, Ron was dragged down a tunnel by a dog. Harry and Hermione followed. 'It's a trap!' shouted Ron. Too late. There was Sirius Black. They fought. Harry was about to kill him when Professor Lupin burst in. 'No Harry! It wasn't Sirius who betrayed your parents, but another man called Peter Pettigrew, now living as Ron's rat Scabbers! Sirius is your friend, Pettigrew is your enemy!' 'I am your godfather,' said Sirius. 'I would never have betrayed your parents.' Just as the Dementors whisked Sirius away to suck out his soul, and as Scabbers escaped into the night, Harry realised Sirius was indeed a friend. 'No' said Harry. 'He's innocent!' There was only one way to save him. By going back in time and rescuing Buckbeak, Harry used the beast to fly up to Sirius's window in the tower and saved him.
THE GUARDIAN

Posted by Ficciones at Thursday, January 06, 2000 No comments: