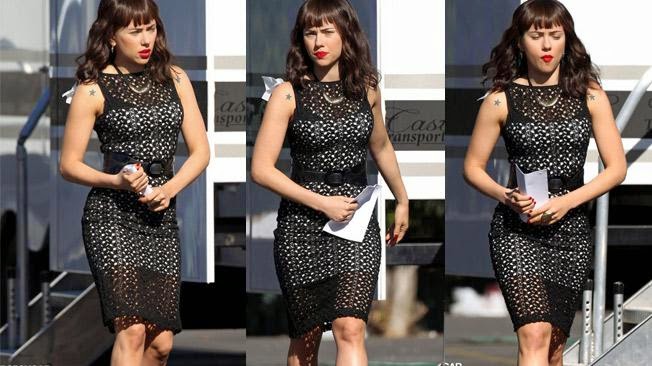 in the new trailer for foodie comedy Chef

They are two of the most beautiful women in the world. 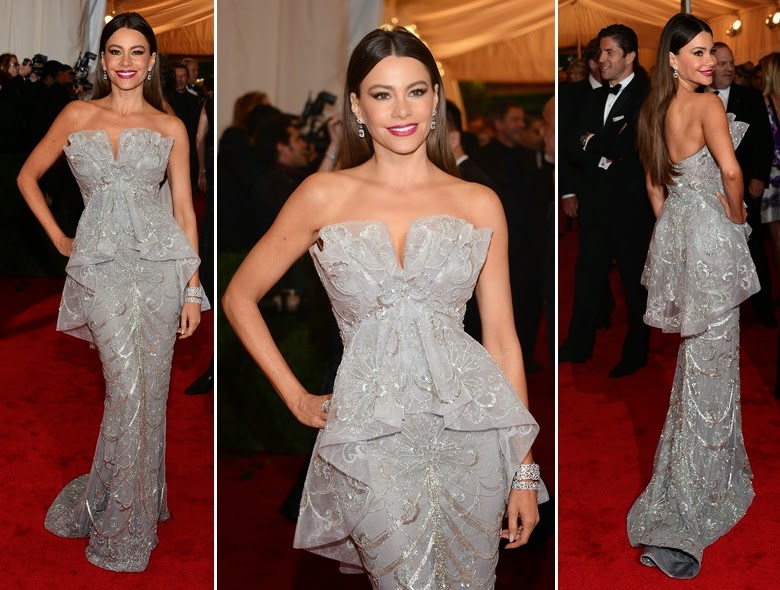 Gorgeous: Sofia Vergara takes a break from Modern Family to heat up the screen in the new indie food comedy

+6
Triple threat: Jon Favreau wrote, directed and stars in the film, seen here with John Leguizamo and Bobby Cannavale
Favreau - who wrote, directed and stars in the picture - plays a chef named Carl who suddenly quits his job at a prominent Los Angeles restaurant after refusing to compromise his creative integrity for his controlling boss, portrayed by Dustin Hoffman.
Returning to his hometown of Miami, he teams up with his ex-wife (Sofia Vergara), his friend (John Leguizamo) and his son to launch a Cuban food truck.
Sofia - on a break from Modern Family - is seen giving her ex sage advice such as, 'You're never going to be happy cooking for someone else.' +6
Delicious: Scarlett gets to enjoy one of the many delectable treats +6
Thumbs up: The Modern Family star looked fabulous in a green dress in a scene from the trailer

Action hero: The film is a much smaller production than the Iron Man franchise the duo have worked on in the past
Taking her words to heart, he sets out to start his new business on the road, which reignites his passion for the kitchen and life.
Sporting darker locks, Scarlett plays the restaurant manager and Favreau's girlfriend in the film.
While she gets plenty of screen time, the voluptuous star only utters two words in the entire trailer.

Working together: Sofia is his ex-wife but helps him relaunch his career in Miami with their young son

Confrontation: Dustin Hoffman plays the restaurant owner who battles it out the chef

Lucky man: Favreau enlisted the help of his Iron Man actress to play his girlfriend in his passion project

+6
How does he do it: Favreau cast Sofia has his ex and Scarlett as his girlfriend
Along with Johansson, Favreau enlisted another one of his Marvel stars to appear in the passion project, Iron Man himself, Robert Downey Jr.
In a small role, Downey plays a quirky benefactor who helps Favreau get back on his feet.
Oliver Platt, Bobby Cannavale, Gary Shandling and Amy Sedaris round off the stellar cast.
Chef opens on May 9th.

Amusement: The character is seen texting while riding a roller coaster with his son

Funny man: John Leguizamo shows off his comedic chops in the movie