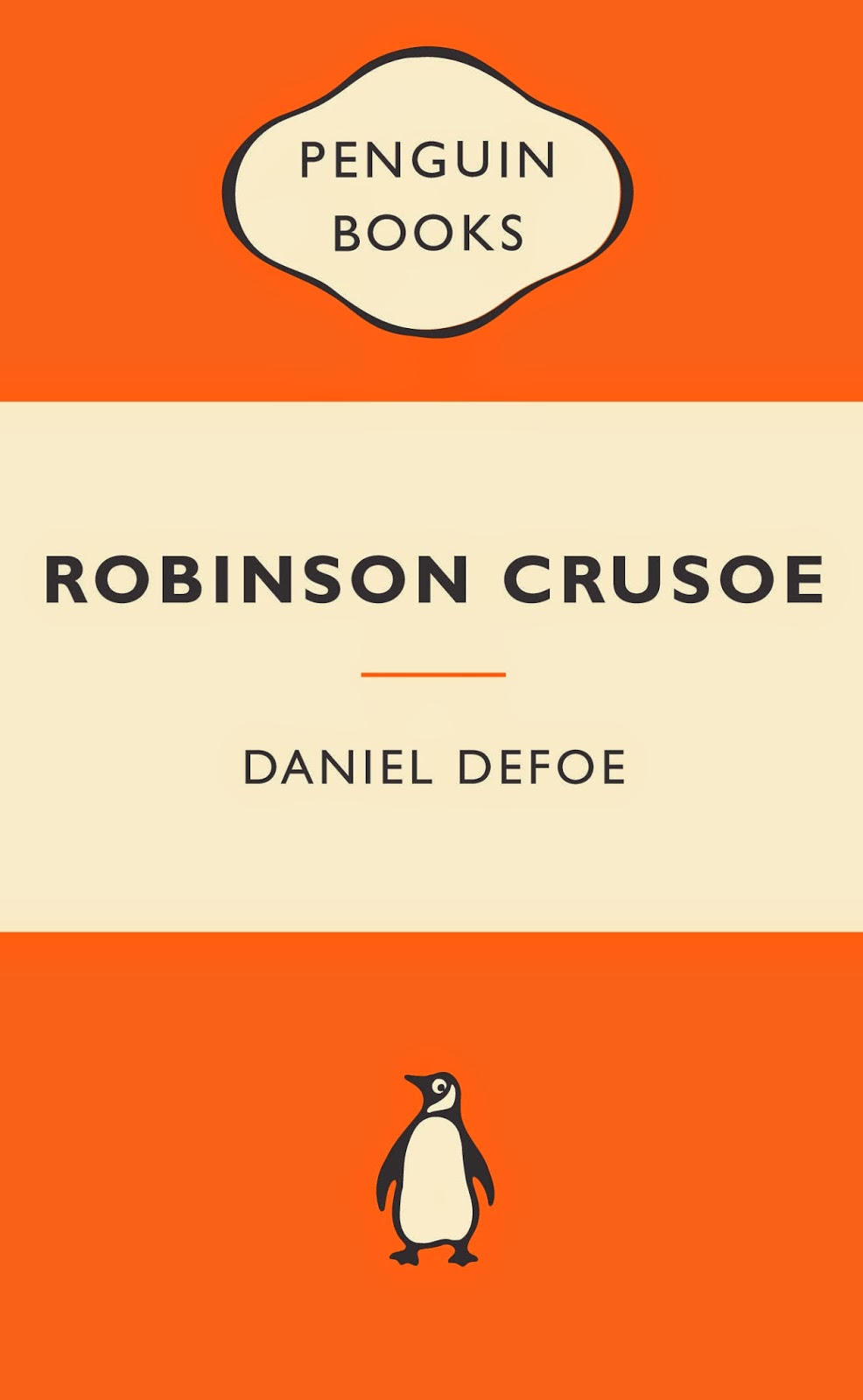 Daniel Defoe's Robinson Crusoe comes second in our list of the best novels written in English. Robert McCrum explains the genius of this complex, irresistible novel

A 1719 illustration of Robinson Crusoe and Man Friday on the desert island. Photograph: Mpi/Getty Images
English fiction began with The Pilgrim's Progress, but nearly 50 turbulent years, including the Glorious Revolution, passed before it made its great leap forward. The author of this literary milestone is a strangely appealing literary hustler of nearly 60 years old originally named Daniel Foe (he added "De" to improve his social standing), a one-time journalist, pamphleteer, jack of all trades and spy. Like Bunyan, he had suffered at the hands of the state (the pillory, followed by prison in 1703). Unlike Bunyan, he was not religious.
His world-famous novel is a complex literary confection. It purports to be a history, written by Crusoe himself, and edited by Daniel Defoe who, in the preface, teasingly writes that he "believes the thing to be a just History of Fact; neither is there any Appearance of Fiction in it". 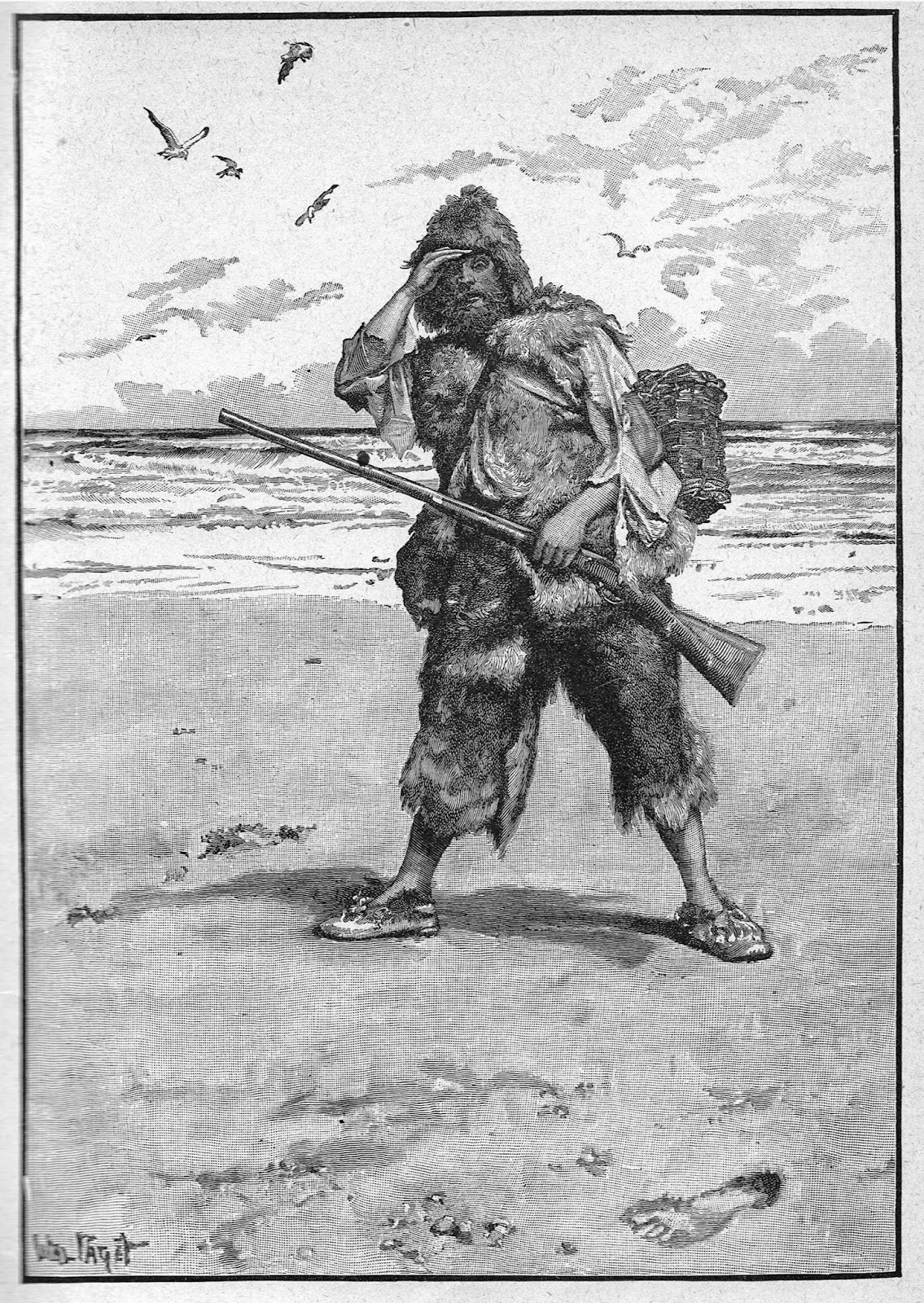 So what do we find in this "History" ? Robinson Crusoe has three elements that make it irresistible. First, the narrative voice of the castaway is Defoe's stroke of genius. It's exciting, unhurried, conversational and capable of high and low sentiments. It's also often quasi-journalistic, which suits Defoe's style. This harmonious mix of tone puts the reader deep into the mind of the castaway and his predicament. His adventures become our adventures and we experience them inside out, viscerally, for ourselves. Readers often become especially entranced by Crusoe's great journal, the central passage of his enforced sequestration.
And here is Defoe's second great inspiration. He comes up with a tale, often said to be modelled on the story of the castaway Alexander Selkirk, that, like Bunyan's, follows an almost biblical pattern of trangression (youthful rebellion), retribution (successive shipwrecks), repentance (the painful lessons of isolation) and finally redemption (Crusoe's return home). In storytelling terms, this is pure gold.

And third, how can we forget Defoe's characters? The pioneer novelist understood the importance of attaching memorably concrete images to his narrative and its characters. Friday and his famous footstep in the sand, one of the four great moments in English fiction, according to Robert Louis Stevenson; Crusoe with his parrot and his umbrella: these have become part of English myth. Defoe, like Cervantes, also opts to give his protagonist a sidekick. Friday is to Crusoe what Sancho Panza is to Quixote. Doubles in English literature will regularly recur in this list: Jekyll and Hyde, Holmes and Watson, Jeeves and Wooster.
Which brings me to Defoe's final quality as a writer. He was the complete professional, dipped in ink. Throughout his life, he produced pamphlets, squibs, narrative verse and ghosted ephemera (he is said to have used almost 200 pen names). He was a man who liked to be paid for what he wrote, lived well and was almost always in debt. He was not a "literary novelist", and would not have understood the term, but his classic novel is English literature at its finest, and he hit the jackpot with Robinson Crusoe.
By the end of the 19th century, no book in English literary history had enjoyed more editions, spin-offs and translations than Robinson Crusoe, with more than 700 alternative versions, including illustrated children's versions. The now-forgotten term "Robinsonade" was coined to describe the Crusoe genre, which still flourishes and was recently revived by Hollywood in the Tom Hanks film, Castaway (2000).
Note on the text:
The text was first published in London by W Taylor on 25 April 1719. This first edition credited the work's fictional protagonist Robinson Crusoe as its author, and its title was The Life and Strange Surprizing Adventures of Robinson Crusoe of York, Mariner: Written by Himself. It sold well; four months later, it was followed by The Further Adventures of Robinson Crusoe. A year later, riding high on the market, came Serious Reflections During the Life and Surprizing Adventures of Robinson Crusoe. Most readers will only encounter the first edition.