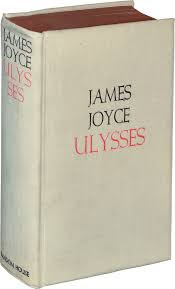 This portrait of a day in the lives of three Dubliners remains a towering work, in its word play surpassing even Shakespeare

The connection to The Odyssey is informal (Bloom is Odysseus, Stephen matches Telemachus and Molly is Penelope) and the chapters roughly correspond to episodes in Homer ("Calypso", "Nausicaa", "Oxen of the Sun", etc.). Joyce himself revered the book that had inspired his masterpiece. The theme of The Odyssey, he said in 1917, while working on his novel, was "the most beautiful, all-embracing theme… greater, more human than that of Hamlet, Don Quixote, Dante, Faust".
Ulysses is often said to be "difficult", but really it is not. Joyce's word-play, rivalling Shakespeare, whose teeming vocabulary he surpasses, is intoxicating, and deeply Irish. One of the best ways to encounter the novel is through any good audiobook recording. As Stephen Dedalus remarks: "Every life is many days, day after day. We walk through ourselves, meeting robbers, ghosts, giants, old men, young men, wives, widows, brothers-in-love. But always meeting ourselves." 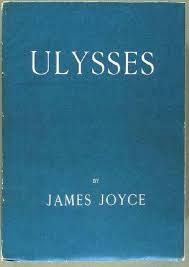 The textual history of Ulysses, first published on 2 February 1922, is every bit as complex as the novel itself, and what follows is a necessary over-simplification of an editorial cat's cradle. For instance, I have referred to the 1922 edition published by Sylvia Beach, an edition I have owned for years. To a Joyce scholar, however, that is like working on Shakespeare exclusively from the First Folio. By some calculations, there are no fewer than 18 separate editions of this book.
Yet it had all begun so modestly, in about 1907. "When I was writing Dubliners," Joyce told Georges Borach, one of his language students, "I first wished to choose the title Ulysses in Dublin, but I gave up the idea. In Rome, when I had finished about half of the Portrait, I realised that the Odyssey had to be the sequel, and I began to write Ulysses."


The first appearance of pages from this astonishing new novel occurred in 1918, in The Little Review, whose foreign editor was Ezra Pound. From the first, the text ran into difficulties with the authorities on the grounds of alleged obscenity. By 1920, this first serialisation was over, and The Little Review was no longer publishing monthly instalments. Joyce, who was now living in Paris, had met Sylvia Beach, the proprietor of Shakespeare & Company, a celebrated left bank bookshop. Beach offered to publish the novel privately, avoiding censorship.
Now began the second, chaotic stage of Ulysses' progress towards full and final publication. For Joyce, his novel was always evolving; he could never quite leave his text alone. Every proof that was pulled became another invitation to yet further revision. The current draft of the novel was always a palimpsest of the author's second and third thoughts. In addition, there were numerous misprints, many of them attributable to the French typesetters' ignorance of basic English, let alone the allusive, polysyllabic stew we know as Joycean English.

After the Shakespeare & Company edition, Harriet Weaver of the Egoist Press also published an "English edition" in 1922. This, for some, is the first canonical text (the current OUP paperback version, for instance, adopts this edition, warts and all). But then the 1922 text was banned and the novel forced underground. In 1933, Random House successfully applied to the US courts to overturn the ban, and published its first, American edition in January 1934. This was followed, a generation later, in the 1960s, with new editions from Penguin Books, The Bodley Head and Random House in the US. To scholars and some critics, the text of Ulysses was still "corrupt" from the tortuous process of the novel's gestation. This, it was argued, should be put right with a full-blown edition representing Joyce's intentions. But how to achieve that? The answer was not obvious, which may have been Joyce's unconscious wish from the first.
Finally, in the late 1970s a German critic and scholar named Hans Walter Gabler began the task of preparing a "corrected text". This was finally published in 1984, and greeted with, first, acclaim, then doubts, and finally outrage. From a deep split in English and German textual theory, the status of the all-important "copy-text" (either the 1922 edition or Joyce's chaotic and imperfect manuscript) became the subject of a fierce scholarly debate between Gabler and his nemesis, John Kidd. The climax of this crisis occurred in June 1988 with Kidd's article in the New York Review of Books, entitled "The Scandal of Ulysses".
Since then, the row has gradually subsided, with a loose consensus forming in support of Gabler's "synoptic" text, while nevertheless acknowledging that it, too, contains some rank inconsistencies. Today, the first 1922 edition, a text of huge historical consequence, stands as the shortest route to the author's intentions, despite numerous Joycean "misses in print".