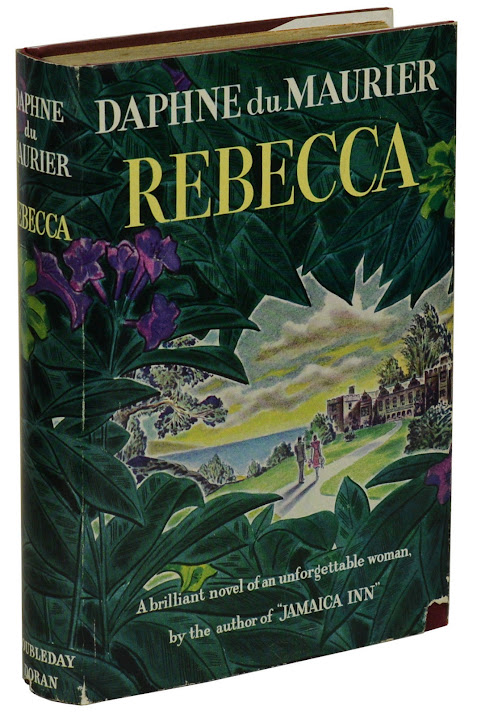 Daphne du Maurier’s Rebecca taught me how to love literature

A
s with so many things in my life, I came upon Rebecca by chance. I read it simply because it was there; it looked the most promising of a poor selection of books in the house where we were spending our two-week summer holiday in 1973. If there had been anything better on offer, I wouldn’t have given Rebecca a second glance. And by better, I mean a Sherlock Holmes or anything by Alistair MacLean, Dick Francis or Desmond Bagley that I hadn’t read. I wasn’t the most precocious or intellectually inquisitive of teenagers; I read to escape.
I had read more improving books. Well, one. I had had to read Hard Times for O-level English literature the previous year. Every page had been torture. Gradgrind couldn’t have been better named. I was also meant to read Thomas Hardy’s The Woodlanders, but I had given up on that after the first chapter. Too long, too boring. I passed the O-level through a combination of vaguely paying attention in class and Coles Notes. Literature held no spell over me; I had no desire to read the classics. I had only signed up to do English A-level because it was the least worst third option. I expected it to be a slog. 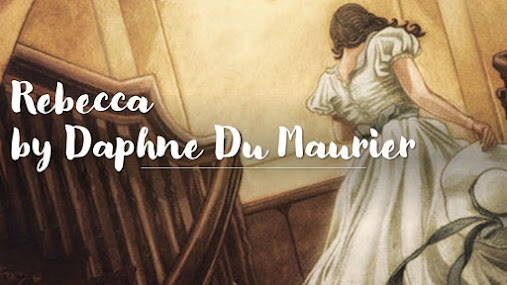 Then came Rebecca. I had no great hopes for it. As far as I recall, it had a fey-looking heroine on the front – I’m fairly sure I hadn’t read a book written by a woman since I’d stopped reading Enid Blyton – and a strapline that said “Daphne du Maurier’s classic gothic romance”. I didn’t know what a gothic romance was, but it didn’t sound that great. Still, the back cover blurb promised death and intrigue, so it was worth a punt. Better than mooching around aimlessly waiting for the TV schedules to start.
From the opening sentence – “Last night I dreamed I went to Manderley again” – to the final – “And the ashes blew towards us with the salt wind from the sea” – I was hooked. I must have read it all in two sittings; three at most. The characters remained with me – in particular, the one who was never there – long after I stopped reading. Even now, 40 years on, they have still never left me. A while ago, in a fit of extravagance, I bought a signed first edition with a book advance. I told my family it was an investment, but it was really a desire to get as physically close to Rebecca as was possible; to re-experience the book as others had first done in 1938.
Rebecca was no Damascene conversion; I still preferred reading MacLean and Francis to anything else. But it was a gateway. Having read Rebecca, I found that I could get through my A-level texts of Bleak House and The Portrait of a Lady without looking on them as a total chore. I still struggled with the length of Dickens and the pace of James – “Get on with it, Henry” – but there were moments when I accidentally found myself enjoying them. Something had changed; I had begun to appreciate literature.
I’ve often since wondered what it was about Rebecca that was so life-changing? Was it just a coincidence? Was I at that stage of my life when any half-decent book might have opened my eyes? Possibly. Was it the realisation that I didn’t have to always rely on a teacher to tell me why a book was good and that I could make my mind up for myself? Possibly. But I also think it wasn’t just about me; it was about the book too. Rebecca is one of the underrated classics of the 20th century.
Many critics dismiss Du Maurier as a second-rate writer, and it’s true that some of her later books are not that good. But Rebecca is a masterpiece in which Du Maurier pulls off several spectacular high-wire acts that many great writers wouldn’t attempt.
First, the title. Rebecca never appears in the book; she is dead before it even starts. And yet in Du Maurier’s hands her absence makes her as much a presence as all the other characters. Then the second Mrs de Winter; we never learn her first name. In another book this might be annoying, but somehow Du Maurier draws you in so that you never question it.
The coup de theatre, though, is the way Du Maurier makes the reader complicit with murder. Before the final twist, Maxim de Winter believes he had killed Rebecca, yet neither the second Mrs de Winter nor the reader cares. We go along with it, we make excuses for it: we have revealed the weakness in our own moral universe. Alfred Hitchcock’s film adaptation could not get away with that; the story was rewritten to make it clear Maxim hadn’t murdered Rebecca. His plot was as black and white as the film; Du Maurier could live with murkier shades of grey.
Not that I could have articulated that at 16; I was just swept along by the story. But at some subconscious level, I and millions of other readers must have assimilated it. The best books don’t need to advertise their greatness. When I came to write Brideshead Abbreviated, the Digested Read of the 20th Century, Rebecca was the first book on my list.
THE GUARDIAN

Posted by Ficciones at Wednesday, October 21, 2020