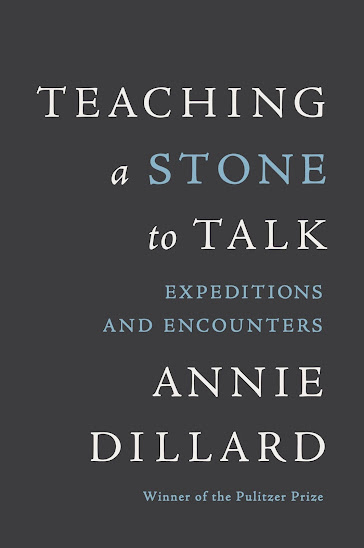 As you get older the number of books with a capacity to change you gradually diminishes. If you’re not careful, they just consolidate changes put in place decades earlier. At the time these might have been liberating, but they can easily become ossifying, arthritic. So the temptation was to pick something I read 30 years ago. Or to have gone even further back to books that didn’t so much change as form me. Fortunately, a couple of years ago I rediscovered a writer I had read years before without quite getting. This time around I was completely smitten. 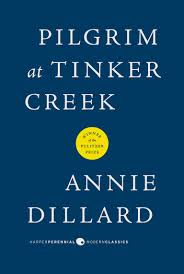 Annie Dillard won the Pulitzer prize for Pilgrim at Tinker Creek in 1975, when she was 29. An account of a year spent in the Roanoke Valley in Virginia, it’s a strange book, highly original but very much of its time: back-to-nature writing with the star-spangled edges of an acid trip. This impression may have been enhanced by the fact that my original copy was one of those Richard Brautigan-era Picadors; in the text itself, however, Dillard deemed it (after Thoreau) a “meteorological journal of the mind”. When I first read Pilgrim, I didn’t quite get it for exactly the reason I would later come to love it: it wasn’t a novel – just a series of ecstatic wonderings, united by a tone and a mind capable of extraordinary attentiveness.
But, to borrow one of Dillard’s own narrative strategies, this isn’t about Pilgrim; it’s about Teaching a Stone to Talk, which I bought in Iowa City in 2012. It seems a minor offering: a 170-page collection of essays written for magazines; the kind of book, Dillard concedes, that “a writer brings out to supplement his real work” – before adding “this is my real work, such as it is”.
Most of the pieces begin as reports of natural phenomena – a lunar eclipse, famously – but Dillard is an observer of a distinctly philosophical or metaphysical bent. In her novel The Maytrees, a character says that philosophy “trivialised itself right out of the ballpark. Nothing rose to plug the gap, to address what some called ‘ultimate concerns’, unless you count the arts, the arts that lacked both epistemological methods and accountability, and that drew nutty people, or drove them nuts.” That’s what interests Dillard: “ultimate concerns”. To address them she relies on two things: her senses and everything she’s read. 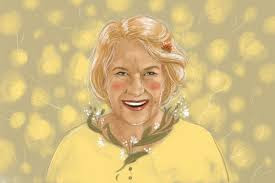 The problem with so much nature writing is a tendency towards preciousness. Add in mysticism and religion – in one piece Dillard is adamant she has seen an angel in a field – and there’s a real headache: “The mind wants the world to return its love, or its awareness; the mind wants to know all the world, and all eternity, and God.” There’s a lot of that kind of stuff in Dillard. But the next sentence reads: “The mind’s sidekick, however, will settle for two eggs over-easy.” There’s a lot of that kind of stuff too. Teaching a Stone is so funny I realised I might have trouble ever taking seriously a book that didn’t make me laugh. But did it change me?
I’d like to say it freed me from some belief in the primacy of the novel, but I had already got there, of course (that’s one of the things that drew me to Teaching a Stone in the first place). So maybe it didn’t change me so much as encourage me. When I think of the experience of reading the book, I see myself as a substitute about to make an appearance in a football match. The author-coach stands with the reader-sub on the touchline, puts an arm around your shoulders, tells you to believe in yourself, that you can change the game – why else would you be going on? – by being the opposite of a team player. Just get out there and do whatever crazy shit you feel like without any regard for what people in your position are expected to do. If you want to get down on your knees and stare intently at the grass while everyone else is hoofing the ball forward in a game of narrative kick and rush, that’s fine. Or if you want to just lie on your back and contemplate the sky, that’s cool too. Do that with sufficient wit, and people will start arranging the game around you.
So I guess I reject the rubric under which this piece appears. After all, it’s a pretty safe rule to avoid any novel whose jacket highlights a day that will change the characters’ lives forever. And it’s important not to confuse change – which tends to be gradual – with conversion (that speciality of the ignorant).
With Dillard turning 70 next year, it’s a good time to reconsider her unique achievement. Robert Macfarlane, Pico Iyer and Michael Ondaatje are admirers. But her biggest fan is … well, let’s go back to a session at the Key West literary seminar in 2013 featuring Robert Richardson, biographer of Thoreau and Emerson. A member of the audience asked Richardson who might be the Emerson of our time. He paused, not through any doubt in his mind, but through depth of emotion. “Well,” he replied, “I would have to say my wife, Annie Dillard.” He went on to explain that it was Annie who had properly opened his eyes to Emerson when she said, years earlier, “What you have to understand, Bob, is that Emerson is wild.”
And so is Dillard – “nutty”, to borrow her own word. She’s made me see that most of the writers I love are wild or nuts, which takes me right back to where I’d decided not to go, to reading On the Road in my teens, when Jack Kerouac’s narrator declares that it’s the mad ones he’s drawn to, the ones “who never yawn or say a commonplace thing, but burn, burn, burn like fabulous yellow roman candles exploding like spiders across the stars”.
THE GUARDIAN