The 100 best novels / An introduction by Robert McCrum 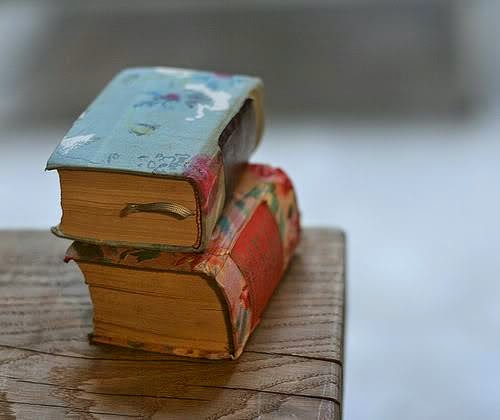 The 100 best novels: an introduction

Robert McCrum introduces our definitive list of the greatest novels written in English, a 100-week project that begins with John Bunyan's The Pilgrim's Progress


If lists are a guilty pleasure, then book lists are a sinful addiction. That's an observation for which the Observer can adduce empirical evidence.
Ten years ago, on 12 October 2003, in a headline-grabbing stunt, writing as literary editor, I compiled (with a lot of help from colleagues) a list, provocatively entitled "The 100 Greatest Novels of All Time".
Say what you like about lists, but this one rapidly developed a life of its own, like a sci-fi alien. Once the initial furore – why no Updike? How on earth could we exclude PG Wodehouse? – had died down, the creature we had created continued to circulate in cyberspace, sponsoring a rare mixture of rage and delight, apparently without rhyme or reason. Every now and again, some particular group would tangle with the Observer list. And it would drive them mad (in good and bad ways) all over again. For reasons I have yet to fathom, it excited special notice in Australia.
It was not all browbeating and brickbats. There have been some lovely creative dividends. Last year, the Antwerp artist Tom Haentjens came up with an idea that promises to give the list a whole new lease of life – an artistic reinterpretation of all 100 book covers, curated by Haentjens himself.
As well as puzzling over the strange appeal of the list throughout this past decade, I have had a sneaking worry that, drawn at random, from many different literatures, our selection was too spontaneous and too wide-ranging. Was there not a case for a more considered compilation? What, for example, would a list of the 100 classic British and American novels look like?
Today, we begin to provide the answer. What's more, we will show our reasoning in a series of short essays, a kind of footnote to each choice. Without any reference to the 2003 list, for the next 100 weeks the Observer, in collaboration with the Guardian, and supported by Waterstones, will publish a serial account of the classic English and American novel, from A to Z, and from the late 17th century to the present day.
We start with The Pilgrim's Progress of 1678. This, for the Oxford Companion to English Literature, is "a seminal text in the development of the realistic novel", a book that inspired Dickens, Thackeray, Trollope and Mark Twain. Exactly where we shall end is anyone's guess, but one possible cut-off is the year 2000, when JM Coetzee won the Booker prize for the second time with Disgrace.
The list we have in mind is a work-in-progress. It will be shaped by the narrative suggested by the historical sequence of Anglo-American fiction. In all other respects, we have few restrictions. Yes, we focus on America and the English-speaking world (Australia, South Africa, Canada, etc), and we exclude the translations that were such a feature of the 2003 list. In all other respects, we have attempted to choose the classics that Observer readers would most want to investigate for themselves.
So: what is a classic? There are many duelling definitions. TS Eliot, Ezra Pound, Italo Calvino and Sainte-Beuve have all written at length on the classic. Calvino's definition – "a classic is a book that has never finished what it wants to say" – is probably the sweetest, followed by Pound's identification of "a certain eternal and irresponsible freshness". One necessary, but not sufficient, characteristic of a classic is that it should remain in print.
After that, the issue quickly starts to become subjective. Classics, for some, are books we know we should have read, but have not. For others, classics are simply the book we have read obsessively, many times over, and can quote from. The ordinary reader instinctively knows what he or she believes to be a classic. There is, as we know only too well, no accounting for taste.
Speaking of taste, we have chosen, where possible, the title most central to the author's voice and vision, which is not necessarily the most famous. Jane Austen is a case in point. Pride and Prejudice is much-loved. Northanger Abbey is highly entertaining. But we have chosen Emma. Discuss. With Dickens, the choice gets even harder. You will have to wait until week 14 to read about our Dickens selection.
Inevitably, this list reflects educational, national and social influences. Some Scottish readers may say that we have not given enough space to the great northern tradition.Irish readers will argue about Flann O'Brien (aka Myles na gCopaleen). In or out? Wait and see. Further afield, in the English-speaking world,some Australian readers may feel short-changed. All we can say in response is that this list was compiled for a British newspaper, based in London, in 2013.
Anyway, like all lists, ours is intended to sponsor discussion. We kick off with John Bunyan. Let the debate begin.

THE 100 BEST NOVEL WRITTEN IN ENGLISH