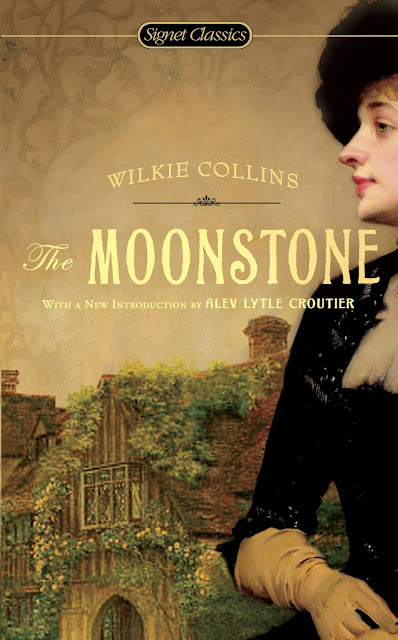 The Moonstone by Wilkie Collins


Wilkie Collins's masterpiece, hailed by many as the greatest English detective novel, is a brilliant marriage of the sensational and the realistic 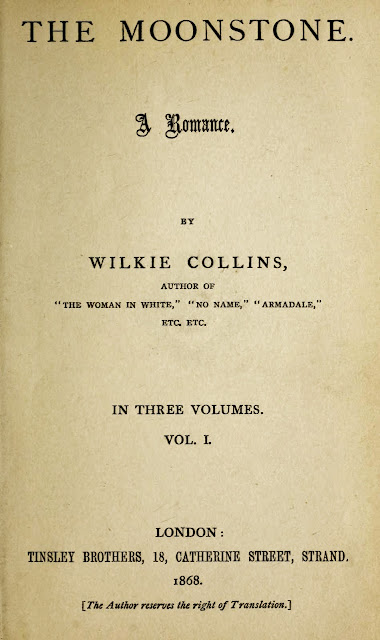 The Moonstone is often said to be the godfather of the classic English detective story, its founding text. TS Eliot, claiming that the genre was "invented by Collins and not by Poe", declared it to be "the first, the longest and the best of modern English detective novels". Dorothy L Sayers, a queen of crime in the 1930s and 40s, echoing Eliot, pronounced it "probably the finest detective story ever written". Its influence continues to animate the work of crime writers such as PD James.
Certainly, Collins adheres faithfully to the rules of detective fiction: a mysterious and compelling crime takes place in an English country house; a large cast of potential suspects is assembled, each with plenty of motive, means and opportunity; an incompetent constabulary is replaced by a celebrated sleuth/ investigator who, after a "reconstruction" of key elements in the crime, comes up with a satisfying explanation of the puzzle, based on a brilliant analysis of the clues. Finally, there's a denouement replete with surprise, excitement and a plausible solution. The Moonstone has this, and more, all of it brilliantly executed.


The original crime in The Moonstone, the theft of the Tippoo diamond after the fall of Seringapatam, is Collins's masterstroke. It connects every detail of the plot to the great imperial drama of India, the society over which Queen Victoria would eventually declare herself "Empress". The Indian factor imbues the tale with the sinister mystery of the east. Mid-century, this "moonstone" is given to a young Englishwoman, Rachel Verinder, on her 18th birthday and then mysteriously disappears. A quest ensues in which, after murder and marriage, the Moonstone is restored to its Indian source.

However, although this is classic detective fiction, its greatness really lies in its qualities as a novel. Collins signalled his ambitions for the book in the preface to the first edition, in which he wrote: "In some of my former novels, the object proposed has been to trace the influence of circumstances upon character. In the present story I have reversed the process." So it's the enthralling interplay of character (Rachel Verinder, the hunchbacked servant girl Rosanna Spearman, Sergeant Cuff, the great detective, and compelling Franklin Blake, Rachel Verinder's cousin) that will hook the interest of most readers. Rosanna's tragic obsession with the adventurer Franklin Blake is among the most poignant renderings of thwarted love in Victorian literature. The fascinating and eccentric figure of Cuff (based on Scotland Yard's real life Inspector Whicher) introduces a figure central to the unravelling of the mystery on whom most readers come to dote.

A second, crucial element to the success and longevity of The Moonstone is less about detection than storytelling. This is Collins's virtuoso exploitation of the narrative viewpoint. In this series, we have already seen the power of epistolary fiction (Clarissa, No 4; and Frankenstein, No 8). Collins first uses garrulous Gabriel Betteredge, then meddlesome Miss Clack, then the solicitor Matthew Bruff, and then the opium addict Ezra Jennings (drawing on his own opium habit). The narrative dividend for Collins is that he can use these different voices to vary the tone and tempo of a complicated (but not impossibly so) plot.
The upshot is his masterpiece, a brilliant marriage of the sensational and the realistic. In short, a classic. 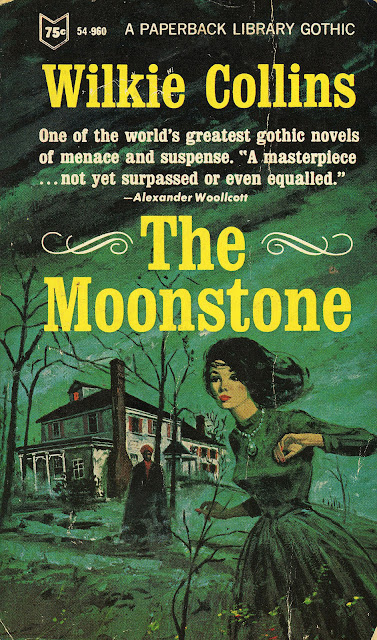 The Moonstone was originally serialised by Charles Dickens, a close friend of Wilkie Collins, in his magazine All the Year Round between 4 January and 8 August 1868. It was published in three hardback volumes on 16 July 1868 by Tinsley Brothers of Catherine Street, in Covent Garden. A second, revised edition was issued in 1871. In 1877, Collins adapted the novel for the stage, a production that ran for about two months.
Subsequently, there have been many film, radio and television adaptations. In 1934, The Moonstone was made into a critically acclaimed American film. In 1959, the BBC made the novel into a TV serial; in 1972, it was remade for Britain and the United States. In 1996, it was remade again, also in the United Kingdom, for television by the BBC, starring Greg Wise as Franklin Blake and Keeley Hawes as Rachel Verinder. It continues to earn its reputation as the founding text of the classic English detective story.