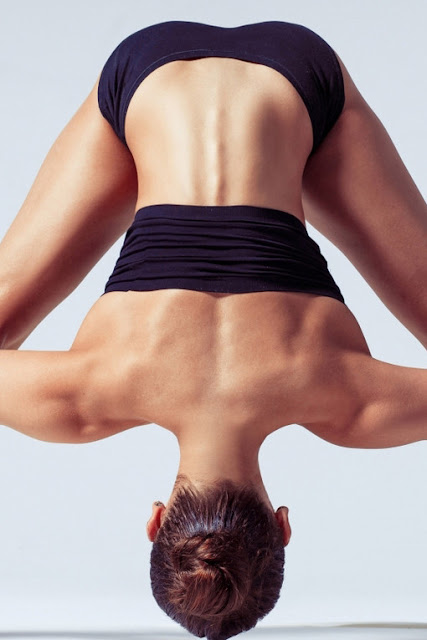 
Yoga is a group of physical, mental, and spiritual practices or disciplines which originated in ancient India. It joins body and mind through breathing, prana in sanskrit. This union is created about through a sequence of positions named Asanas. In yoga, asana refers both to the place in which a practitioner (yogi if male, yogini if female) sits and the pose which they hold, but Asanas are also performed as physical exercise where they are sometimes referred to as "yoga postures" or "yoga positions". Yoga is nowadays considered part of the path that approaches meditation in a Buddhist way. As a matter of fact, Buddhist meditation encompasses a variety of meditation techniques that aim to develop mindfulness,concentration, supramundane powers, tranquility, and insight.

Meditation, as well as yoga, needs a constant and focused practice that should be part of daily discipline. Yoga teaches both awareness and self-consciousness in each and every moment for whatever action we are going to accomplish. Every single physical movement, every single thought is experienced in full mindfulness. And, again, this means maintaining a here and now awareness of our thoughts, feelings, bodily sensations, and surrounding environment. Though it has its roots in Buddhist meditation, a secular practice of mindfulness has entered the American mainstream in recent years, in part through the work of Jon Kabat-Zinn and his Mindfulness-Based Stress Reduction (MBSR) program, which he launched at the University of Massachusetts Medical School in 1979. Though the accepted meaning of Yoga in the Western world has become an extraordinary method for working out, and becoming fit and healthy, originally this ancient and noble discipline was a spiritual path connecting body and mind in a deep spiritual dimension which allows us to live in the present moment without our mind jumping from past to future over and over again, like monkeys do on tree branches. 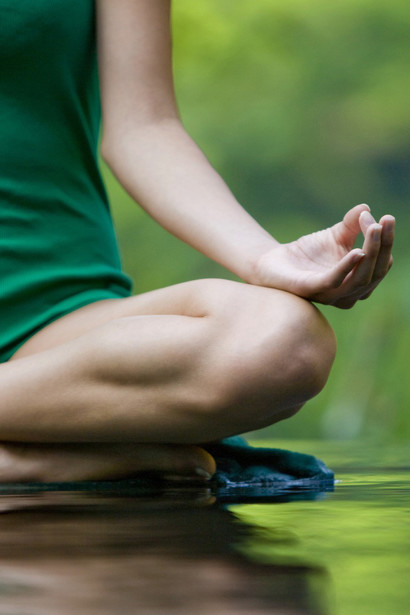 I met Dr. Stephen Anthony Parker (Stoma) during his tour of conferences in Europe. With him we discussed meditation and yoga at the Himalayan Center in Padua. Parker was initiated in the Himalayan Yoga tradition by Swami Veda Bharati and was given the initiate name Stoma in 1971. Stoma is an Experienced Registered Yoga Teacher at the 500 hour level of the Yoga Alliance (E-RYT 500). He began teaching in 1974 and was among the first teachers to be certified by the Himalayan International Teachers’ Association, H.I.T.A. He serves on the faculties of the Meditation Center in Minneapolis and the Sadhaka Gram ashram in Rishikesh, India, and is a member of the International Association of Yoga Therapists.
Dressed in yellow, Stoma is the kind of gentleman who likes to refer himself not as master but “a spiritual friend”. He introduces us into the wonderful world of yoga. “Everything in yoga has to do with breath, prana – says Parker sitting in the classical lotus posture – and in Yoga the most important thing is our awareness. Without awareness Asanas are just exercises and Yoga is a great manual that helps us in our spiritual practice. Awareness is what helps you to link mind to your body, and in the moment we give attention to our breath there are a lot of interesting things that will happen to our body, including the relaxation of autonomous nervous system”. And that's the whole point. As long as we keep our attention on our breath, we can feel relaxed and this has lots of important effects on our health and so many implications. “There are so many diseases we are discovering – he asserts - in particular the chronic ones, that have a strong involvement in our stress response. For example cortisol is a steroid hormone and it is part of so many chronic diseases: such as inflammatory, cardiovascular and arthritic diseases. So, the more you remain relaxed the less you can - delete activate all these disease processes. Just paying attention to your breathing and staying relaxed”. And breath, in sanskrit Prana, plays a fundamental role in yoga and meditation practices. “When you focus on your breathing – reiterates Stoma - you stimulate a part of the brain that is located in the back of the forehead. This place, according to Eastern philosophy, corresponds to a command chakra. This part of the brain is stimulated by the medial prefrontal cortex that is the last part of brain to have evolved. In a few words, we can say that this is the more “human” part of us. The one that allows us to choose how to behave without acting on instinct, that consents us to do without food, sex and sleep and to fight addictions. All the things that are linked to survival, this part can allow us to have a better and more balanced attitude”.
Meditation and yoga can be very helpful in giving up addictions and altering/changing dependency behaviour. Meditation, as confirmed by neuroscience, can create new neuronal connections, evidence that evidences a clear change in habits. “In order to change a rooted habit, it is crucial to understand what happens in the exact moment we repeat a particular behaviour. To do this we should keep our attention focused on awareness of change, so that our nervous system and our brain can adapt, and they will do it very quickly and easily”. In this process yoga can be such a helpful tool because it allows a very simple but essential process: the interruption of our ego identification. “Neuroscience – highlights Parker – is studying yoga and meditation and there is a massive research in this direction, it is really impressive. The idea (that is - delete) coming to light is that it is the mind which rules the working of the brain not the contrary. That's why to change a deep rooted behaviour we should stay in the change perception to allow our nervous system and brain to adapt”. And this is mind power that increases during the meditative state, we call it 'samadi' in sanskrit and this occurs during meditation when we listen to our breathing. 20 minutes of meditation and 20 minutes of yoga are recommended everyday.
That is enough to reach significant results for both mind and body. So, let's meditate.

Posted by Ficciones at Saturday, December 30, 2017