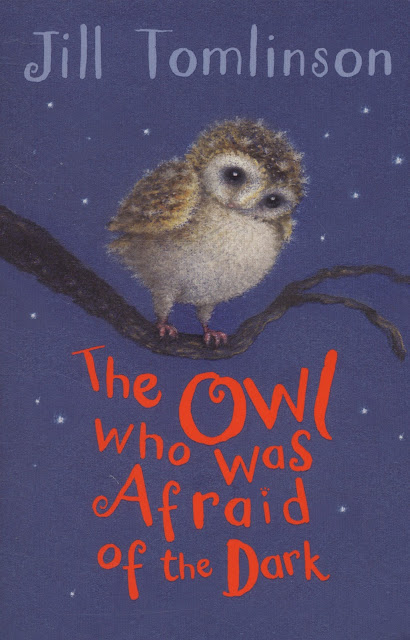 Jill Tomlinson's The Owl Who Was Afraid of the Dark


Jill Tomlinson confronts the primal terror darkness inspires with wry humour and understated poetry in her classic, The Owl Who Was Afraid of the Dark


Most children, at some point, are afraid of the dark. That deep, palm-prickling fear is an evolutionary leftover – a baby monkey straying alone by night is probably a baby monkey snapped up in a lunge and a squeal by a grateful nocturnal carnivore. In clean, cosy bedrooms, as in fire-lit caves, childhood's vivid, sometimes fevered imagination peoples the dark with monsters, all the worse for being shadowy. One little book, though, has done a great deal to help dispel the terrors of the nightly world since it was first published in 1968.
Jill Tomlinson's The Owl Who Was Afraid of the Dark is a tiny gem, full of the wry humour and understated, powerful poetry that seem to arise most naturally when an assured author writes for young children. The restraint dictated by new readers' scant vocabulary, and the power of its humorous but hypnotic repetition, impart an unusual, intensely memorable scope to a seven-chapter book about an insomniac owlet.
Plop is a Baby Barn Owl, "fat", "fluffy" and "quite perfect", with a "beautiful heart-shaped ruff" and "very knackety knees". He is not very good at flying yet, and doesn't like to sleep by day – in fact, he scandalises his parents by insisting that he wants to be a day bird. His appetite is insatiable, as is his curiosity ("What was that?" "Shrew." "I like shrew", "...vole", "...fish"), so he is quickly packed off by his mother to glean new opinions of the despised darkness in which his parents patiently acquire his enormous meals. 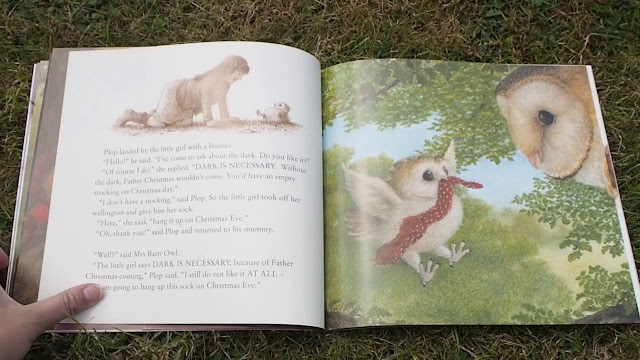 Under his tree, Plop encounters several wise heads who love the dark – a little boy, an old lady, a Boy Scout, a girl waiting for Christmas, a naturalist, an astronomer, and, most memorable of all, the elegant hunting cat Orion, a miniature urban Bagheera, who tells the little owl about the beauty of the night. Each has a tenebrous adjective to impart to Plop, who grows in confidence and wing-steadiness throughout the book until his landings cease to resemble catherine wheels and become noiseless, assured glides. "Dark is Exciting", says the small boy, waiting for fireworks. "Kind", says the old lady, looking back into an unlit world of memory. "Necessary," says the firm little girl – if you want to hang up a stocking for Santa, you must accept the darkness in which he comes to fill it. Swayed by his friends' unanimous enthusiasm, Plop, newly proud to be a night bird, declares that "Dark is Super".
Steer clear of the abridged picture-book version, stripped of the hints of gore ("shrew" and "vole" tactfully replaced with "dinner"), the humour of the exhausted, exasperated owl parents and the mysterious, poetic spaciousness of the original. Although Paul Howard's work is sumptuous and sweet, I'm also biased in favour of the older version's black-and-white illustrations – Howard's royal blue darkness and fiery-eyed, creamy-winged owls are gorgeous, but, to me, the original's sparse, humorous pen-and-ink allows the reader's imagination freer rein. Whether you hunt down a secondhand Young Puffin or plump for a spandy new Egmont re-issue, though, make sure the text is unabridged. 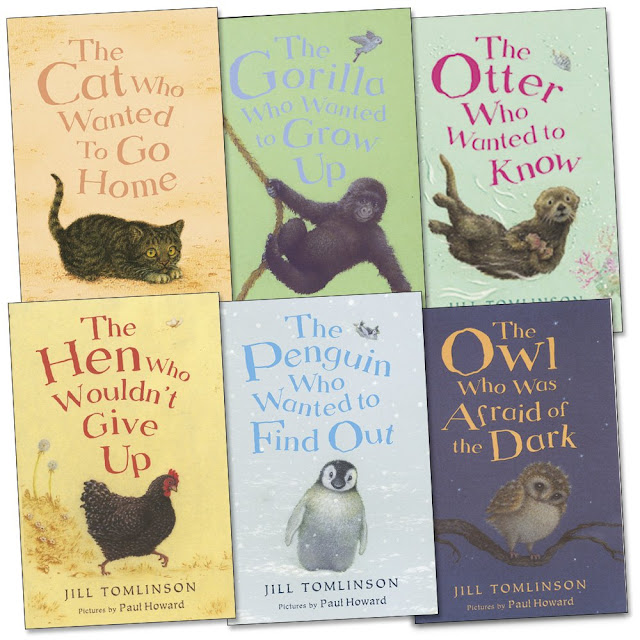 Twenty-five years after I first encountered Plop and his fears, I remain slightly afraid of the dark myself, especially in the freezing deep of winter. But I'll always be grateful to the fat little owl and the sleek black cat for revelling in the greys and blues, the summer scents and the ragged shadows to be found in the featureless, threatening darkness outside my bedroom window. Inviting frightened kids to marvel at the remote beauty of constellations, fireworks and silent hunts, this book will live on in its readers' memories for as long as children are afraid of the dark.
THE GUARDIAN