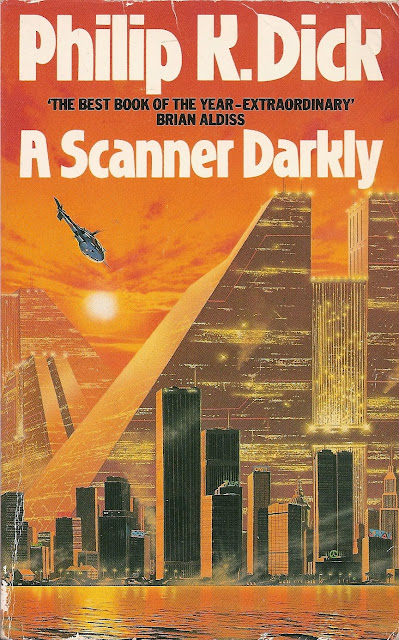 Philip K Dick explores the psychological horrors lurking in the shadows of sunny 70s California in his cult classic, A Scanner Darkly

Philip K Dick's partially autobiographical chronicle of 70s hippie drug culture takes place under the eternal sunshine of southern California. Even the book's nighttime is saturated with the electric glare of strip mall lighting and the glow of the television screen. And in a society that never switches off the lights, the dark has become internal. A Scanner Darkly is about a descent into the deep fears of our 24-hour consumer society: the twilight of intellectual and emotional collapse. The darkness of insanity.
Dick dissects modern insanity through the cypher of Bob Arctor. Arctor is a man on the fringes of society. A man who realises one day that he hates his suburban existence, and so trades it in for a life among the hippie drop-outs, drug addicts and street people of Orange County, California. But Arctor is also Agent Fred, an undercover narcotics officer whose identity is hidden even from his police handlers by a "scramble suit" that makes him appear as an unmemorable blur. When an administrative error results in Agent Fred being assigned to monitor Bob Arctor, Arctor/Fred has the strange experience of monitoring his own activities through the holographic scanning equipment that gives the novel its title. 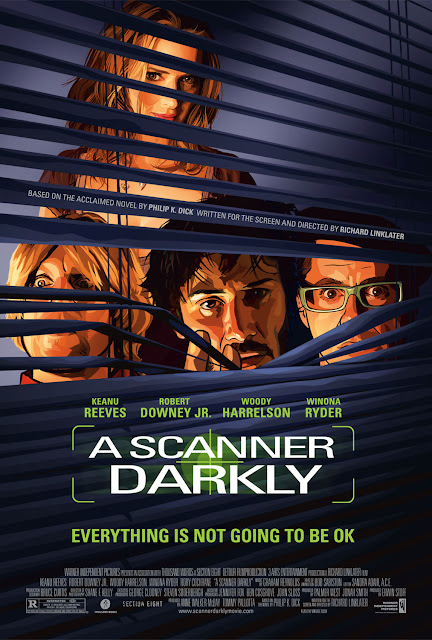 A Scanner Darkly is late-phase Dick. It stems from the period following his revelatory religious experiences in 1974. The cult science fiction author spent the last decade of his life trying to understand a series of visions he experienced under the effects of sodium pentothal after a dental operation, a struggle charted in his biblical Exegesis and in the novels Radio Free Albemuth, Valis and The Divine Invasion. It's this phase of Dick's life that, more than any other, cemented his reputation as a modern-day mystic. But in Dick's own reflections on those years, it's clear he experienced a protracted mental breakdown or a series of psychological disorders brought on by drug abuse. The value of his later writing is not as mystical insight, but a social document concerning an all-too-common modern affliction.
Bob Arctor's life is really Dick's life over a two-year period, from 1970-72, after his fourth wife Nancy left him. It was a restless life, sliding through relationships and jobs, and from city to city. Finding himself alone again, Dick filled his four-bedroom house with drifters and fell fully into drug addiction. A Scanner Darkly was born from this period and is a fascinating portrait of 70s Californian counter-culture. 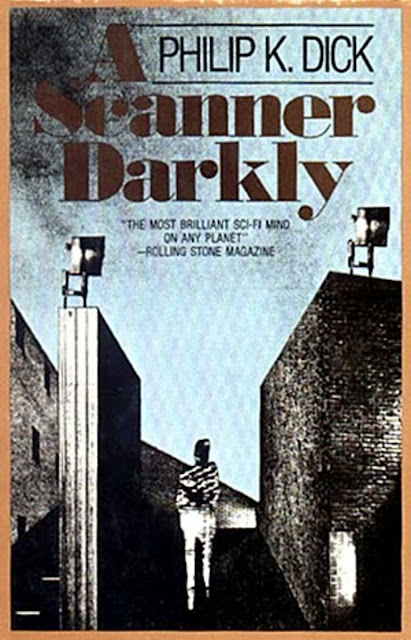 Arctor falls further than his creator. His dual life as an investigator and addict in thrall to the mysterious narcotic Substance D, lead him to a crisis. He ends up a low-functioning schizophrenic, embroiled in a plot to infiltrate the manufacturing cycle of Substance D. The darkness here is not in the high-concept sci fi or conspiracy theories that permeate much of Dick's fiction, but in the credible depiction of a life collapsing under the weight of a mental breakdown. Arctor slowly loses family and friends, work and livelihood. He falls between the cracks of society and becomes one of the broken, exploited and weak at the bottom of the heap.
The theme of darkness runs through literature as a metaphor for our fears. As a society, we are so scared of insanity that we construct all kinds of guises to hide it from view: the lunatic, the criminal, the addict. And with these illusions in place we pretend lunacy, crime and addiction aren't right there waiting for us should misfortune find us. A Scanner Darkly is about the fragility of our lives and the obscure horror of insanity. In his later work, Dick explores what lies behind our fear of madness, and perhaps it's there that his work becomes true art. But in A Scanner Darkly he drives us down into our deepest fears and leaves us there, in the darkness.

Posted by Ficciones at Wednesday, December 06, 2017