A book for the beach / The Snack Thief by Andrea Camilleri 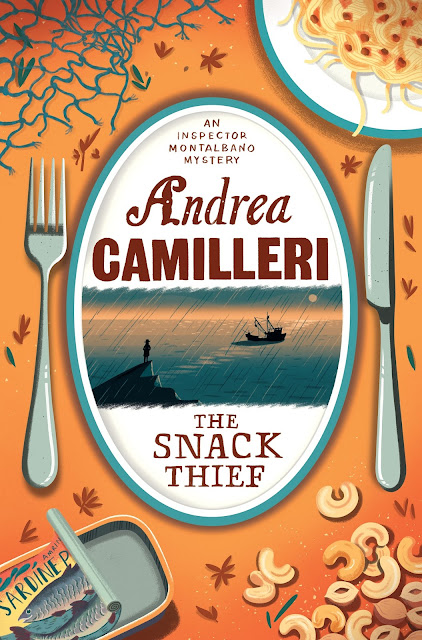 A book for the beach

The Snack Thief by Andrea Camilleri

Wily but decent, this detective is more concerned with the human characters around him than simple crime-solving
BIOGRAPHY
A life in writing / Andrea Camilleri

Where better to find your perfect beach for reading than Sicily? It has miles of soft sand, gently sloping out to sea for easy swimming, as Inspector Montalbano does every day. I know this even though I have never been there, because I first came to this local detective through the admirable RAI television series, currently getting another run on BBC4.
The TV version – and there's a Young Montalbano series as well – is a softer man than in the books, rather sexy and constantly propositioned by the most elegant women. Camilleri's original character is frequently bad-tempered, and gauche with the opposite sex, however often aroused. He is an archetypal chauvinist male, terrified of being trapped into marriage by his long-term lover Livia. He is more frequently drawn to delicious Sicilian food than sex. It is only after a meal in a small trattoria that he generally speaks of "heaven".

Montalbano's great appeal is his understanding of the rich Rabelaisian characters among his people. Signora Cosentino, for instance, is "an irresistibly likeable balloon with a mustache".
The opportunity to observe and get involved is what drives him. Although his success is said to have made him famous, the last thing he wants is promotion, which might take him away from frontline policing, as he frequently moans to his boss. He is surly with any superior for whom he has no respect. In The Snack Thief he actually terrorises and near beats up an anti-terrorist squad colonel. But his relationship with his own team is as a "band of brothers". So when Sergeant Fazio interprets what to do when left without instructions:

"'I figured out what it was you wanted me to do, and I did it'. Montalbano felt moved, This was real friendship, Sicilian friendship, the kind based on intuition, on what was left unsaid. With a true friend, one never needs to ask, because the other understands on his own and acts accordingly."

One surprise to me was that he is consistently kind to immigrants, as much as the innocent unfortunate. But then Sicily, home to the mafia and male chauvinism, has been forgiving to the boatloads of north African immigrants reaching their shores. Montalbano is gentle with the African prostitute and almost treats the elderly refugee Aisha as if she were his aunt.

The plotting is characteristically convoluted. It starts simply with the murder of a middle-aged businessman in the lift of his apartment block. But it turns out his Tunisian cleaner – who also sold him sex – has gone missing. Enter a new element, the death of supposed Tunisian sailor at sea, shot by the Tunisian navy while on an Italian fishing boat. It turns out he was the cleaner's brother, and was actually a terrorist on the run. And then there's the boy, her son – he is the snack thief of the title, because he has had to live in hiding after his mother disappeared and has been mugging school-kids for their lunches. It has a touch of Midsomer Murders about it, in the way the author uses very ordinary elements of rural life to tell an unusual story.
What makes Camilleri stand out from simplistic whodunnits, let alone commonplace police procedurals, is that Montalbano does not always bring criminals to justice. If he does, Camilleri frequently sidelines it.
So, in The Snack Thief, the final arrest of a woman for murdering her husband is only briefly mentioned. The story concentrates on how Montalbano saves a Tunisian boy after his mother is murdered and wangles the system, including acquiring her illegal gains, to provide for the boy's future. Another murder by the security services he hardly bothers to conclude.
Montalbano is a bit like Simenon's Maigret in his sense of decency and justice. He has to work within a society dominated by the mafia, corrupt politicians and self-serving bureaucrats. He cannot hope to defeat them outright, but schemes to achieve his ends by outflanking them.
However even he has to admit that his manipulation of events, using his power as a policeman, can go too far. The innocent still get killed, like Aisha. In his first book The Shape of Water, he knowingly leaves a gun for a deranged young man to kill a crooked lawyer. After that he has to agree with his beloved Livia, that he tried too hard to "be God", but is actually only "second-rate".

Email ThisBlogThis!Share to TwitterShare to FacebookShare to Pinterest
Labels: A book for the beach, Andrea Camilleri, Tim Maby