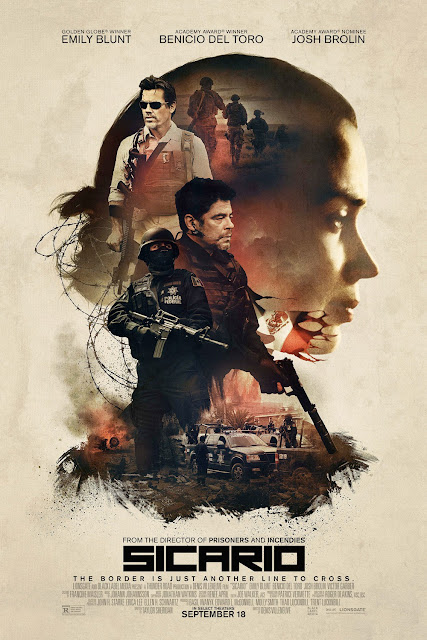 hen I saw Denis Villeneuve’s stomach-turningly gruesome narco thriller Sicario at Cannes this year, it struck me he had pinched Michael Mann’s style – and pinched his crown, too, like it or not. Perhaps it’s impossible to see a convoy of black SUVs speeding across an urban landscape in a film without thinking of Mann, but Villeneuve certainly carries off the borrowing with style.
The resemblance struck me again this week watching this film a second time, along with the thought that Villeneuve was probably taking notes during Kathryn Bigelow’s Bin Laden thriller Zero Dark Thirty – particularly for those extended special-ops attack scenes filmed in night vision, as if on an alien planet. He maybe even did the same thing with the Coens’ No Country for Old Men, though that is maybe because of the presence of Josh Brolin, and the fact that it is also shot by cinematographer Roger Deakins.
The title is cartel slang for “assassin” or “hitman”, evidently derived from the first-century Sicarii zealots of Judea, though the word is never spoken out loud in the script; screenwriter Taylor Sheridan defers the revelation of how it really applies here to the end of drama, and this disclosure ties up its attendant issues of justice versus revenge, idealism versus cynicism and how American justice is to be applied beyond US borders without anything as quaint as a formal declaration of war. 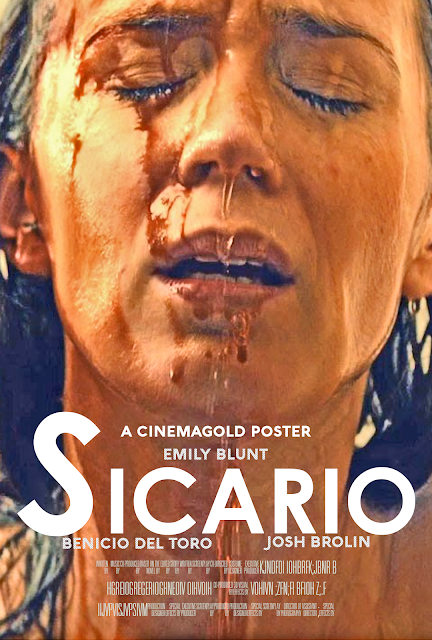 Emily Blunt plays Kate, a young FBI agent specialising in the relatively uncontentious field of kidnap-victim recovery. She finds herself co-opted into the US Homeland Security war on drugs: a new war on terror whose strategies have been repurposed and relegitimised. After a truly horrendous experience uncovering a cartel-owned safe house full of corpses in Arizona, Kate is asked if she wants to go after the guys ultimately responsible. She agrees, and admits deeply disturbing new men into her life.
Her boss for this mission will be swaggeringly irresponsible and studiedly obnoxious special agent Matt Graver, played by Brolin. There is also a second man, who appears to be Matt’s boss, though he is a civilian consultant from Colombia: Alejandro, played by Benicio Del Toro, courteous and even fatherly towards Kate, solicitous for her well-being, quietly traumatised by some event in his own past. When Kate asks Alejandro what’s going on, he coolly replies: “You’re asking me how a watch works. For now, let’s just keep an eye on the time.”
The plan seems to be to “dramatically overreact” to the safe house situation, in Matt’s words, by arresting a known cartel member with maximum publicity, in order to provoke the drug moguls into high-tailing it back to Mexico and thus revealing who the real players are and making valuable intel gains for arrests. Straight-arrow Kate is fine with all this, until she suspects that Matt and Alejandro are CIA, and what they are actually planning is a deniable multiple-murder attack raid over the border into Mexico itself, and also suspects that these acts of violence against the Mexican enemy are theatrical displays conducted partly to gain trust with the home team and see how operatives are going to bear up under fire. And there is a second level of duplicity and bad faith behind even this, relating to Alejandro’s background. 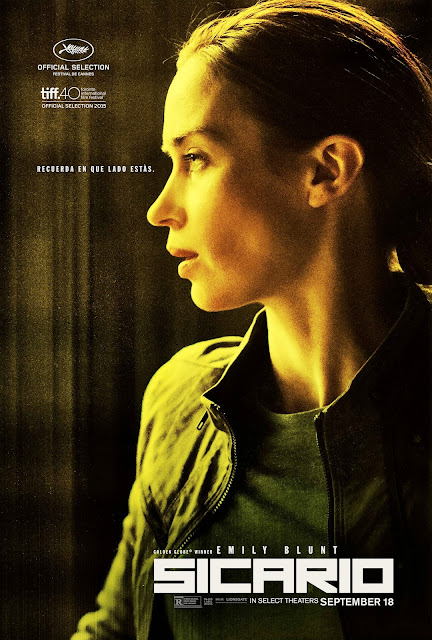 The tenor and texture of the movie are established with that truly horrible scene at the very beginning where the FBI storm the house. It has its own sheen of horror, aided by the groaning orchestral chords in the musical score from composer Jóhann Jóhannson. The scene lays down a marker for the film’s status as something like a forensic thriller and in its way a procedural thriller, in which the covert procedure itself is the crime.
When Blunt first comes on in all the tough-guy hard-body gear, it is a bit implausible. But she brazens out any possible absurdity with great acting focus and front. She delivers a real star turn, mixing confidence, bewilderment and vulnerability: all the more difficult being up against Brolin and Del Toro, who themselves give huge performances with bells and whistles hooting and clanging.
For me, Sicario is a step forward for Villeneuve: it is less discursive, less reflective than movies such as Prisoners (2013) and Incendies (2010), although I always thought the cerebral content of these pictures was a little supercilious. This is a real white-knuckle thriller, with screeching feedback notes of fear and paranoia, which plays out in a very satisfying atmosphere of pure nihilist ruthlessness.

Posted by Ficciones at Saturday, December 02, 2017