Emily Blunt / The Girl on the Train 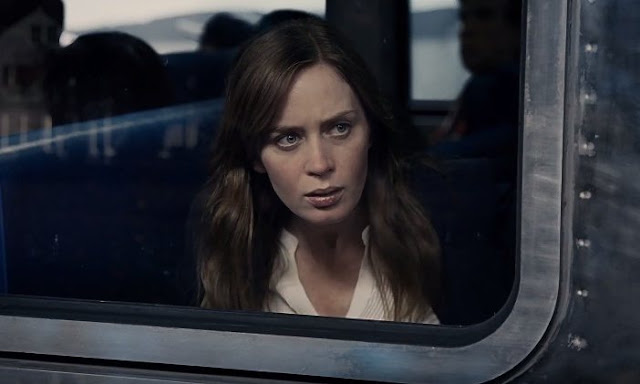 
The actress, who plays Rachel in the adaptation of the international bestseller The Girl on the Train, says film captures the social pressure on women

Emily Blunt has been describing the “mummy cult” that she believes leads to cruelty between women. In The Girl on the Train, Blunt stars as a recent divorcee and alcoholic, Rachel Watson, who is infatuated by the seemingly perfect couple she sees daily through her train window.

Rachel has been through fertility treatment and is in mourning for the pregnancy that never happened, while Megan Hipwell (Haley Bennett) – one half of that perfect couple – does not want a baby at all.

Speaking at the world premiere in London’s Leicester Square, Blunt said: “I think there is a huge societal pressure on women when it comes to motherhood, this sort of mummy cult that goes on. And I think it sort of makes women feel that they have to be a bit defensive about the choices that they make, whether they want to be a mother, whether they don’t, whether they want to breastfeed, whether they don’t. I could go on and on.
“In the domestic world, I think it’s when women can be a bit cruel about each other, more so than any other environment. And I think this film really captures that.”
The 33-year-old, who hit the red carpet in a colourful and ornate gown, said she was braced for “some resistance” to her version of the character – as the movie is adapted from the popular bestseller by Paula Hawkins.
“I think any time a character or certainly a book is beloved, you’re going to be met with some resistance to whoever is cast or whoever is doing it,” she said. “But at the same time, all I could think of is that it’s going to have to be my version of her whether people like it or not. Once we started filming it didn’t enter my mind that much.”
Responding to critics who said she was too pretty to play the character of Rachel, she said: “I think people should see the film before they decide if they think I look pretty or not.”
In the film Rachel is caught up in the mystery surrounding the disappearance of Megan after she glimpses something shocking from the window of her commuter train. Blunt was joined on the red carpet by co-stars Luke Evans, Rebecca Ferguson and Bennett, as well as novelist Hawkins and director Tate Taylor.
THE GUARDIAN