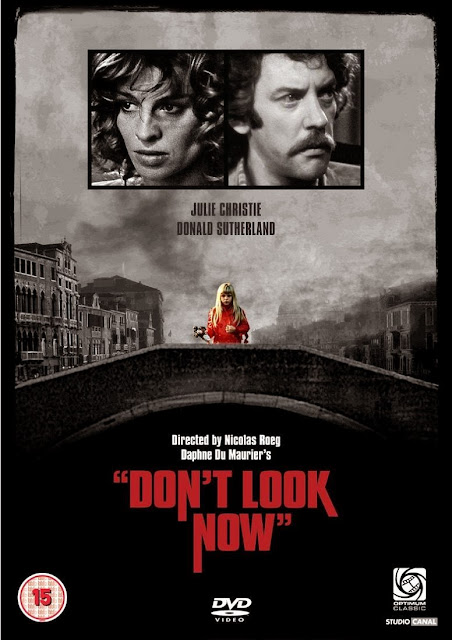 
N
icolas Roeg's trademark non-linear approach to narrative is put to unnerving use in Don't Look Now, a haunting adaptation of Daphne du Maurier's short story about a couple, John and Laura Baxter (played by Donald Sutherland and Julie Christie), who relocate to Venice in an attempt to come to terms with the accidental death of their young daughter. And that's just the start of a film that establishes such a mood of doomy anticipation that no one who watches it can ever again negotiate the narrow, labyrinthine streets of La Serenissima without wondering if they'll catch a glimpse of a small figure in a red raincoat flitting over a shadowy bridge.

Right from the opening sequence it's established that John, an art restorer, possesses the gift of clairvoyance – but, as shown time and again, he fails to act on or even recognise it – with tragic consequences. Images of water, the colour red and broken glass repeatedly intersect in a kaleidoscope of ominous foreshadowing. The presence of a serial killer at work in Venice doesn't so much turn the film into a psycho-thriller as contribute to the backdrop of watery gloom.

Don't Look Now was well received by critics and achieved a certain amount of notoriety thanks to rumours that the (for then) unusually explicit scene of lovemaking between John and Laura wasn't faked. Typically, Roeg intercut the act itself with footage of the couple getting dressed for dinner. 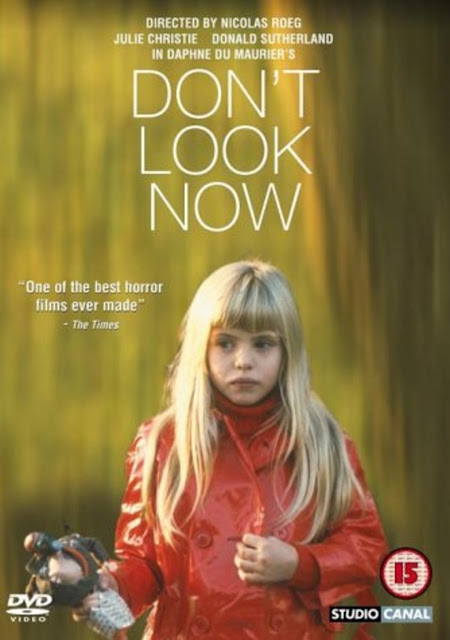 Pino Donaggio, who would go on to score some of Brian De Palma's most successful movies, made his film debut with the poignant soundtrack, and the movie's final shocking reveal is one of the most famous since that of Psycho.