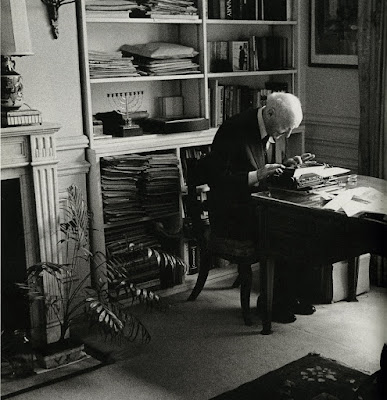 The Genius of Isaac Bashevis Singer
by Ted Hughes
April 22, 1965

The Magician of Lublin

The Spinoza of Market Street:

Isaac Bashevis Singer emigrated to the United States in 1935, which was the year of his first novel Satan in Goray. Since then, he has written more or less exclusively about the Jewish world of pre-war Poland, or more exactly—it’s a relevant qualification—about the Hasidic world of pre-war Poland, into which he was born, the son of a rabbi, in 1904. So not only does he write in Yiddish, but his chosen subject is even further confined in place, and culture, and now to the past. Nevertheless, his work has been lucky with its translators, and he has to be considered among the really great living writers, on several counts.

THE NEW YORK REVIEW OF BOOKS

Posted by Ficciones at Thursday, November 02, 2017