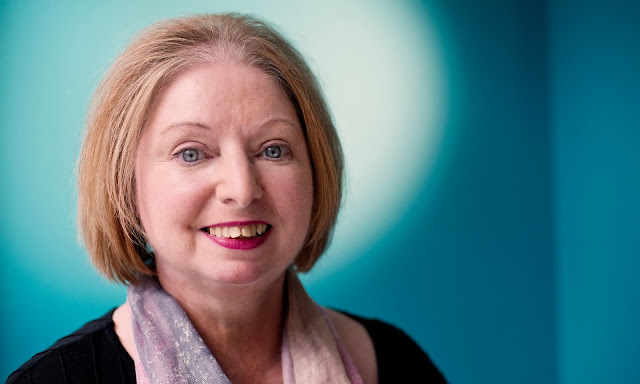 S
ince it was announced earlier this year, the title of Hilary Mantel’s collection of 10 stories has dangled the possibility that the author of Wolf Hall and Bring Up the Bodies was about to unleash a dissection of Thatcher’s time in power to rival her Man Booker-winning portrait of Tudor intrigue.

As it happens, Thatcher is – literally – the last thing you’ll find in these atmospheric tales: she appears in the concluding lines of the final, titular story (the only new, unpublished tale here), glimpsed by a narrator who has been taken hostage by an IRA gunman in a Windsor flat. The window of that flat overlooks the hospital in which Thatcher lies recovering from eye surgery in 1983; and as the narrator engages her intruder in conversation, he waits with a rifle on his lap for the Iron Lady to emerge, which she eventually does: “The bag on the arm, slung like a shield. The tailored suit… the glittering helmet of hair… like a gold coin in a gutter.”

You can see Mantel wielding here the vivid eye for political character that she has deployed in her Thomas Cromwell novels. But there – apart from its being set in Windsor – the similarities with the court of Henry VIII end.
Mantel’s concern in these stories, in contrast to her historical fiction, is with domestic suffocation, psychological unease and even the ghoulish – a combination of themes that has run throughout her more contemporary novels, from her debut Every Day Is Mother’s Day (1985) to Beyond Black (2005), whose protagonist was haunted by visions of the afterlife.
Here, in a story called Terminus, an unnamed narrator glimpses her dead father “on a train pulling out of Clapham Junction”. In another, Winter Break, a holidaying English couple witness, seemingly, the killing of a child.
At worst, these stories read like outmoded tales of the unexpected. The best, however, come infused with Mantel’s almost lush evocations of isolation and distress.
The opening story, Sorry to Disturb – originally published as a memoir – is set in Jeddah, where Mantel lived for four years and where she penned her first novels. Her narrator is visited by a Saudi man intent on starting a romance with her. He is only a part, though, of the generalised oppressiveness closing in on her (Mantel has written for this newspaper about how desperate she was to leave Saudi Arabia). To the country’s stifling political strictures, Mantel adds her own then undiagnosed ill health, which she remedied with at times disastrously prescribed drugs: “Some nights, sleepless, pacing, I careened off the walls, and only the dawn prayer call sent me to bed, still thinking furiously of books I might write.”
Mantel carries that nightmarish sense of private turmoil over to almost every character and narrator here, from a novelist floundering under the burden of her loneliness on a literary trip (“My dreams took me to strange waterfronts and ships’ bridges, on queasy currents and strange washes of the tide”) to a brilliantly observed but heavy-handed tale of a girl suffering from anorexia: “She could no longer trust her food to be what it said it was.”
In some of the stories, it’s hard not to wince at the creak of melodrama, such as in The Long QT, in which a wife stumbles, with Miss Marple-ish consequences, on her husband’s infidelity at a cocktail party. Yet even here, Mantel’s glinting prose flashes: “It was then his wife arrived, and paused in the doorway. Her bare arms were drooping stems, and glasses like fruit hung from her finger ends.” All in all, and a world away from the seats of power with which Mantel is currently preoccupied as she completes the concluding part of her Cromwell trilogy, these are alluring portraits of interior disquiet, even if they don’t quite hold in the memory with the firmness you keep hoping for.

Posted by Ficciones at Saturday, November 11, 2017