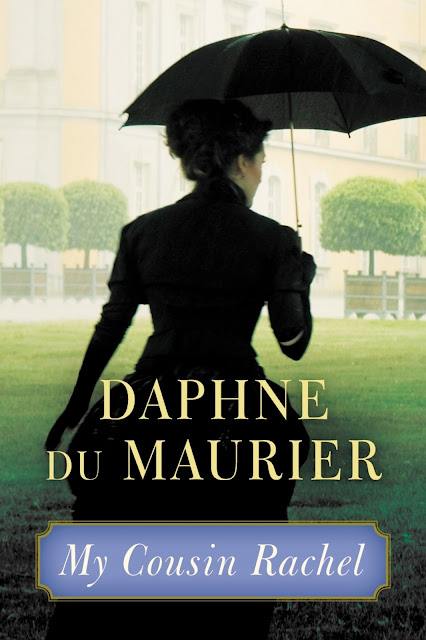 
Dir: Roger Michell. Cast: Rachel Weisz, Sam Claflin, Holliday Grainger, Iain Glen. 12A cert; 106 mins
“Did she? Didn’t she?” ponders the stricken hero about the title character of My Cousin Rachel, taunted with doubt about a possible murder not only in the pages of Daphne du Maurier’s 1951 novel, but endlessly since by the 1952 film, a four-part 1980s BBC version, on radio, and on the stage. He is a young Cornishman called Philip Ashley, heir to a fortune, and played in Roger Michell’s new adaptation by a rakish and dissolute Sam Claflin.

Philip is caught in a cobweb of du Maurier’s devising, but it’s key to the enigma that we don’t know how malignly or intentionally it has been spun around him. The web is made from the lace of a mourning veil, and the black widow in question is Rachel (Rachel Weisz), whose marriage to his cousin Ambrose (also played by Claflin) has ended in mysterious illness and death.

Weisz remains wholly off-screen for half an hour, in a jumpy, rhythmically uncertain first act which establishes Philip as a suspicious misogynist, forming dire conclusions about his cousin’s wife based on mad letter-writing from Florence and intimations of poisoning. Whether it’s all been in Ambrose’s disturbed mind is the first part of the puzzle – really, the whole puzzle – and once Rachel, a distant relative of murky Italian origin, comes to Cornwall, she has no intention of giving the game away.
Michell’s film is a feature-length fight to prove this material was worth resurrecting, winning some bouts and losing others. It has three main things in its armoury. Weisz is totally comfortable with a smiling ambiguity – with letting us read both motive and innocence onto that Sphinx face. The story would sink if she vamped things up too pointedly, so she treads softly in the other direction, convincingly pleading for the benefit of the doubt.

It’s risky casting. Claflin’s cad-about-town routine tends to work best with a sharkish sense of humour attached – see his career-best job in Their Finest. He has to excavate his whole persona in this, finding a stupidity beneath the louche cynicism, and a whole bunch of neurotic, Byronic hang-ups that render him twitchy and unhinged, whether or not we believe that Rachel’s tisanes contain something truly diabolical.

Philip may be madly difficult to care about, but it’s almost the point that we don’t: du Maurier’s game is to watch him flail in a trap that might be wholly of his own devising. And Claflin has figured all this out really smartly. Unlike Weisz – an even keel of assurance, measured and precise from beginning to end – he gets better and better as the film goes on.
The third asset is what the camera is doing, which is consistently interesting enough to make it feel like another character – sometimes a witness, sometimes more like an interrogator. It zooms in unstably on Weisz, as if pulled into her orbit and not happy about it.


Whether the efforts on screen quite pull together in a satisfying way remains a vexed question. The plotting feels like heavy weather at the best of times, and the film’s a little scared of sex: everything goes artfully blurry on both the occasions when Philip and Rachel bed down.
The story’s insistent ambiguities ought to make it seductively complex, but it never quite shakes off a stuck-in-the-mud vibe. In the pantheon of du Maurier adaptations, with Rebecca and Don’t Look Now up top, it reaches whatever the rung is just above interesting failure.
THE TELEGRAPH